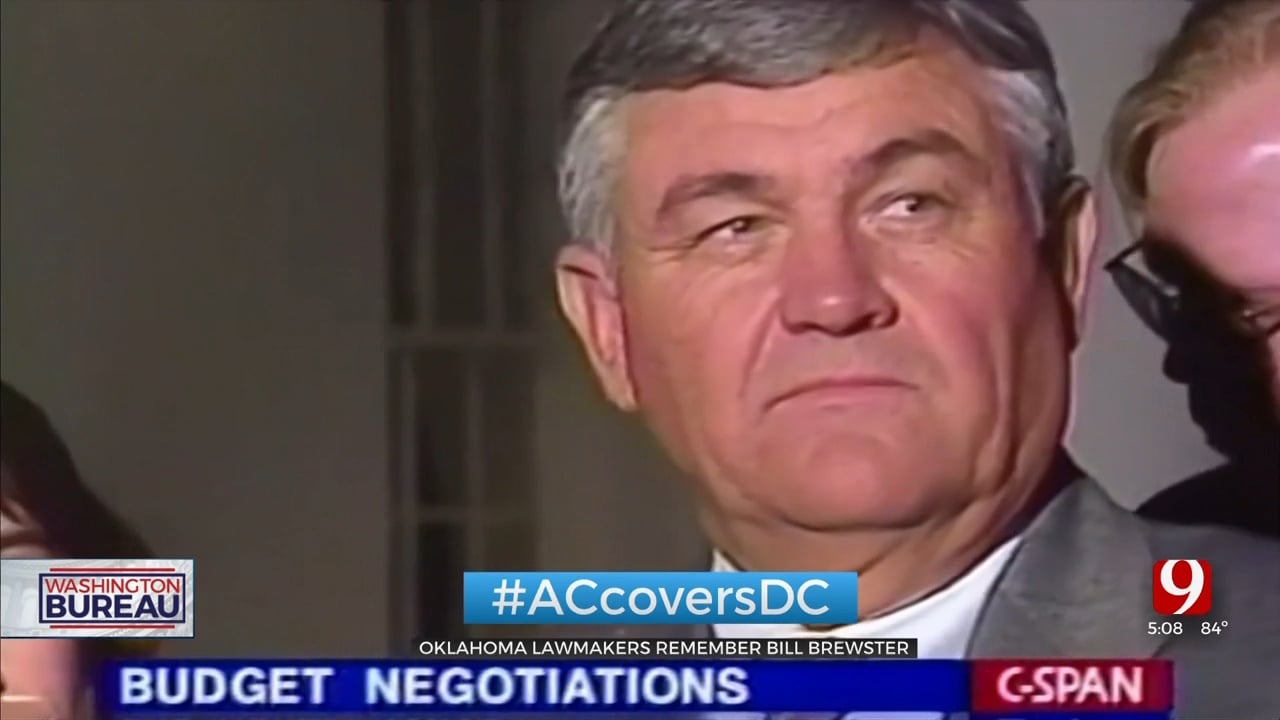 Brewster, an Ardmore native who was a pharmacist by trade, served in the Oklahoma House of Representatives from 1983-1990 and the U.S. House from 1991-1997. He passed away Monday at his home in Marietta at the age of 80.

“Bill lived life with an immeasurable amount of passion and always strived to do better for his community and those he cherished,” said Rep. Frank Lucas (R-OK3) who served with Brewster in both the state legislature and Congress. “Throughout our working together in Congress, I could always look to Bill’s principled characteristics and leadership even though we represented different parties in Congress. No one represented Oklahoma as a finer statesman than Bill Brewster.”

"It was [former] Speaker Carl Albert's old district," said Lucas in an interview Tuesday. “And a difficult district to represent because you have mountain ranges, rivers -- you had all sorts of difficulties in working your way around it."

But Lucas said Brewster was the consummate public servant and represented his constituents well.

A common theme among those who served with him is that, as a moderate and a practical person, he embraced the idea of working with members of the other party.

“He was a bipartisan conservative Democrat who often found common cause with his Republican counterparts, just as he had in the Oklahoma legislature,” said Rep. Tom Cole (R-OK4), who also served in both legislative bodies with Brewster.

“Throughout his career, Bill was always a doer as opposed to being a complainer,” Cole said in a statement. “He worked with both parties to advance the conservative causes and Oklahoma interests that he championed throughout his career both in and out of public service.”

“Bill understood what true bipartisanship meant and worked hard for Oklahomans throughout his time in the Oklahoma delegation," said Sen. Jim Inhofe in a statement. "I don’t remember one time that we were in disagreement with each other.”

Brewster worked his way onto the House's powerful Ways and Means Committee and was guided throughout it all, Lucas said, by good ol' Oklahoma values.

"He was one of the original Blue Dogs, the conservative Democrats," Lucas pointed out. "I can say without any hesitation his heart was always with his district and the people he grown up with. Sometimes, my colleagues go to D.C. and forget where they’re from. Bill never did."

Brewster, who is survived by his wife Suzie and daughter Karel, will lie in repose at the state capital on Thursday.