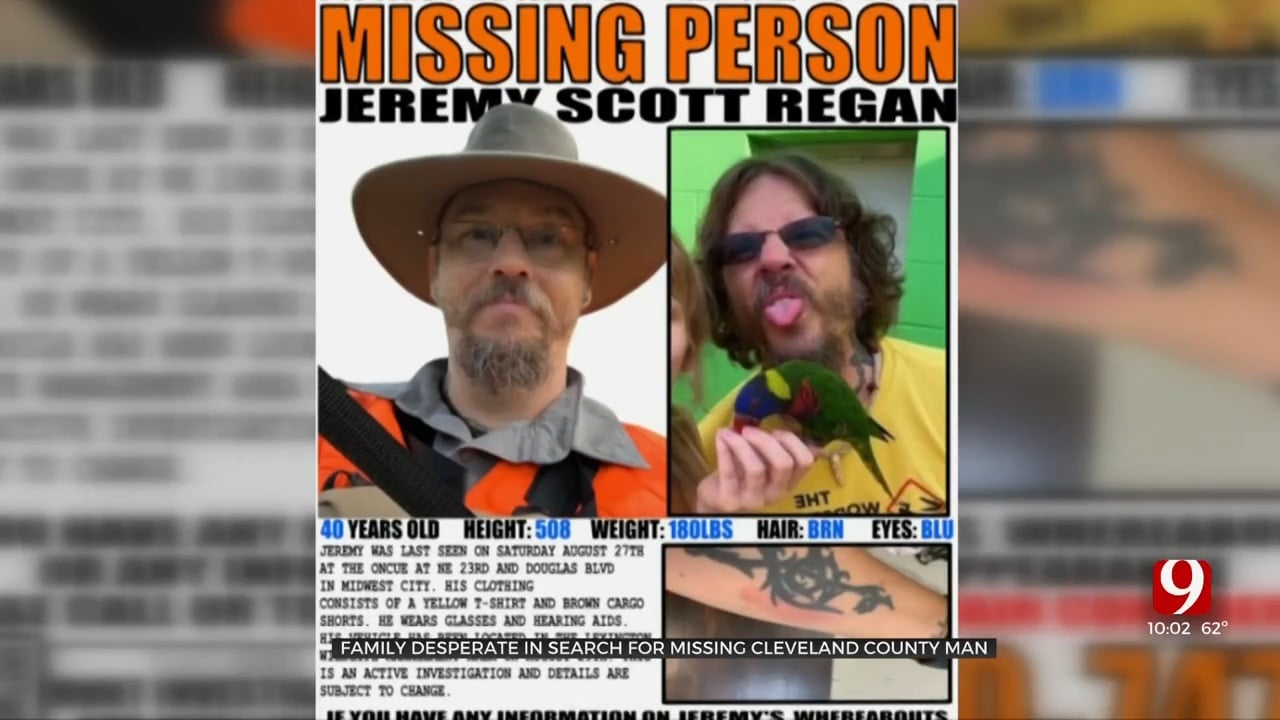 A mother is desperately searching for answers following her son's disappearance.

“There's a piece of me missing somewhere out there. I won't stop,” Robin Halzle, Jeremy’s mother.

According to a Missing Person’s report. Jeremy Reagan, 40, walked away from his Forest Park home in August.

Family and friends have placed posters with Reagan’s photo at the Lexington Wildlife Preserve where his truck was recovered.

According to family members, Reagan, an avid outdoorsman, spent countless hours on the preserve. And with deer archery season now in full swing, they’ve asked hunters to keep an eye out for Reagan.

A father, husband, and brother. And at 40, Jeremy Reagan is still his mother's child.

“He's my baby, he's my first. I was eighteen when Jeremy was born. I turned eighteen on Friday, he was born the next,” said Halzle.

So, in August, when Robin Halzle got a distressing text from her daughter-in-law she didn’t hesitate to help.

“I got a text from Heather that said Jeremy has been gone for 24 hours, I don't know where he's at,” said Halzle.

The mother said she immediately made the drive from Missouri to the Lexington Wildlife Preserve in Cleveland County, where game wardens recovered Reagan’s pickup at.

“Headed straight to Smith Lake. I had it in my GPS, Smith Lake at Wildlife Lexington area, I’m on my way,” said Halzle.

Despite three large scale searches at the reserve there were no signs of her son, a survivalist. The news was something Halzle hadn't prepared for.

Even with the help of scent tracking K-9's, teams of searchers. and the OSBI Halzle said she still has a lot of unanswered questions.

The mother said while she doesn't know what happened to her son she is sure he did not walk away from his life and children.

“Jeremy wouldn't do it. He knows the toll it would take on the family. He wouldn't family means too much to him,” said Halze.

Halze said the unknowns were too unbearable to accept.

“I just want my child home and I want the truth surrounding what happened to him,” said Halze.

Refusing to give up, the mother said she would continue to journey to Oklahoma to pass out flyers and to ask questions.

“I will never give up, not until Jeremy is found. I will not stop until he is found,” said Halze.

OSBI is investigating the case.