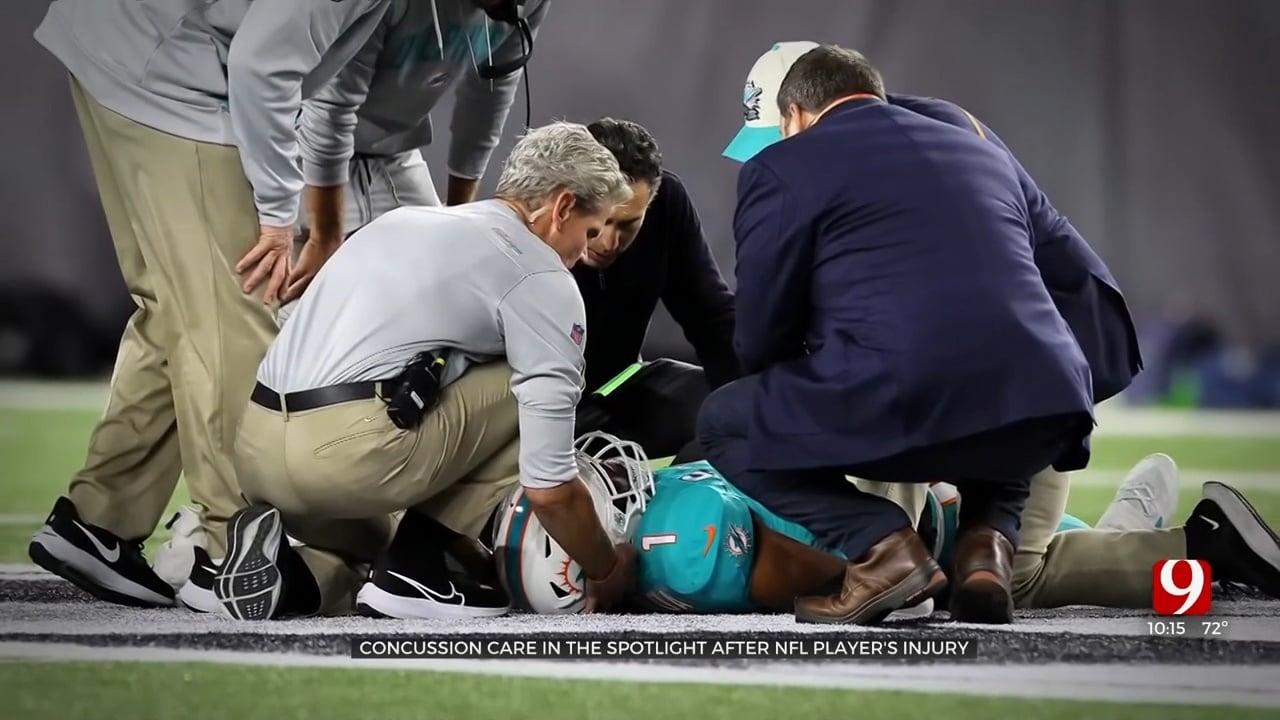 Miami Dolphins quarterback Tua Tagovailoa is recovering from a hard hit to the head during their Thursday night game against the Cincinnati Bengals. The NFL Player’s Association is now investigating why Tagovailoa was permitted to play.

Tagovailoa lied down on the field in for several minutes following the hit and was later hospitalized. “I’m feeling much better and focused on recovering so I can get back on the field with my teammates,” he said a statement Friday.

Four days before the Bengals game, Tagovailoa was evaluated for a concussion during a Sunday night game against the Buffalo Bills, according to ESPN. He was cleared and the team said the injury was focused to his back rather than his head.

Concussion protocols for Oklahoma High Schools, as defined by the OSSAA, require athletes who suffer a concussion to avoid playing in sports for “at least one week. Recovery may take “several weeks or months, depending on the individual and the injury.”