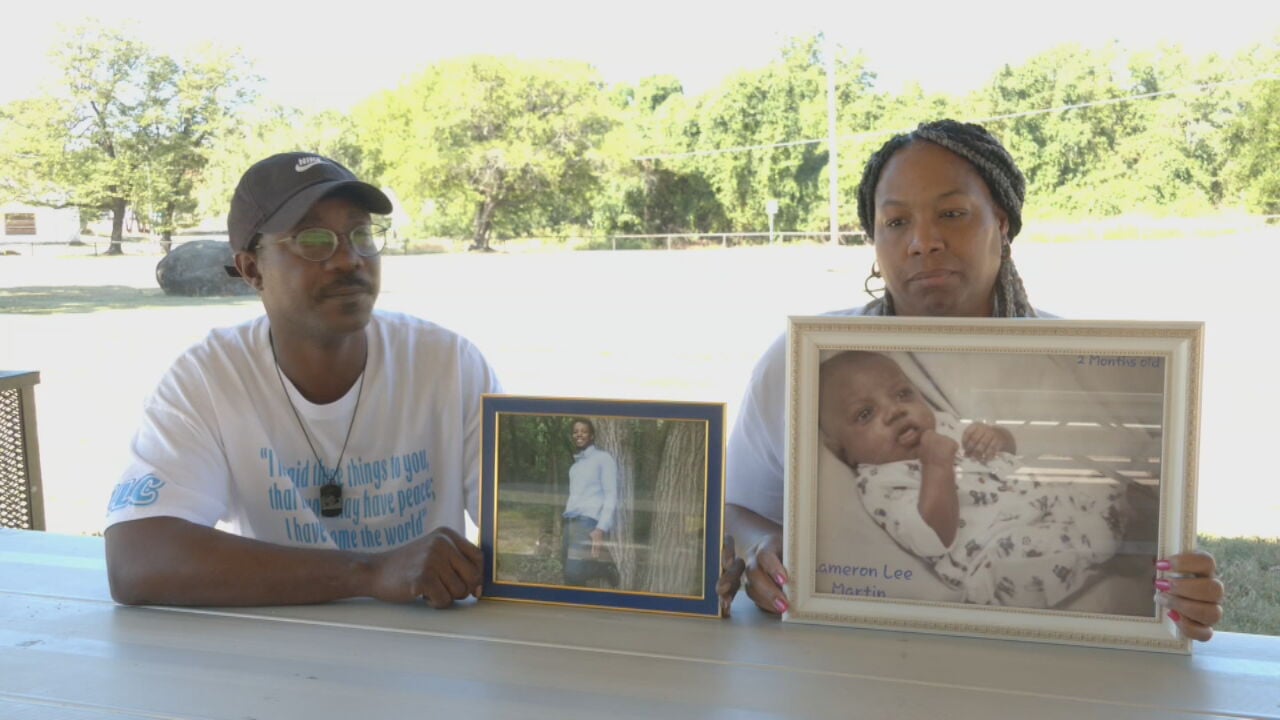 A Muskogee family said it's been 10 months since their son was stabbed to death in a house full of people, but they still have no idea exactly what happened.

So far, no one has been held accountable for his death, and his parents said this is a living nightmare.

Lauriece Martin and Nelson Scott said their son Cameron was the glue of their family, a hard worker with the biggest smile.

"It's hard, it's hard going on, not to see his smile, he had a smile that would light a room up," Lauriece said.

Lauriece said Cameron was in Ft. Gibson on November 16, last year when he was stabbed to death 16 times.

Cameron's dad said there hasn't been an arrest on the case, and they haven't been given any information.

"We just know our baby boy is down there in the cemetery, and it's just rough trying to go on without him," Nelson said.

They said they are desperate to know what happened, and for someone to be held accountable.

They said they've been robbed of the future they were supposed to have with him.

Lauriece said it's hard to be in Muskogee right now because of losing Cameron, but she's going to stay and do everything she can, to justice for her son.

"Losing him is a pain that I hope no parent would ever have to go through, we shouldn't have had to bury our son, he was supposed to bury us," Lauriece said.

The case is being investigated by the F.B.I. We've asked for an update on the investigation, but have not heard back.