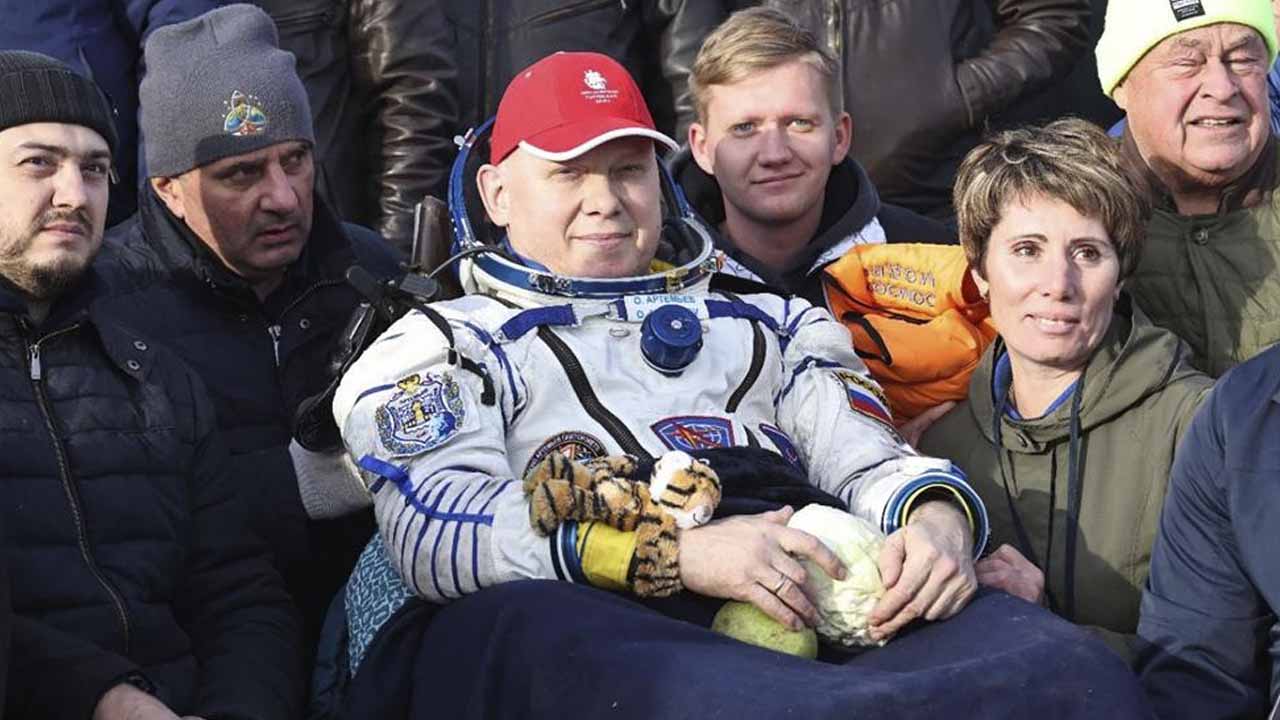 The Soyuz MS-21 spacecraft carrying Oleg Artemyev, Denis Matveyev and Sergey Korsakov touched down softly at 4:57 p.m. at a designated site in the steppes of Kazakhstan, 150 kilometers (90 miles) southeast of the city of Zhezkazgan.

The trio had arrived at the space station in March. For Artemyev, the mission marked a third space flight, bringing his total time spent in orbit to 561 days. Matveyev and Korsakov each logged 195 days on their first missions.

As the Soyuz capsule was descending, using a big striped red-and-white parachute under clear skies, Artemyev reported to Mission Control that all members of the crew were feeling fine.

Helicopter support teams landed minutes after their landing to recover the space crew. After a quick post-flight medical exam, the cosmonauts were flown to the Star City cosmonaut training center outside Moscow.