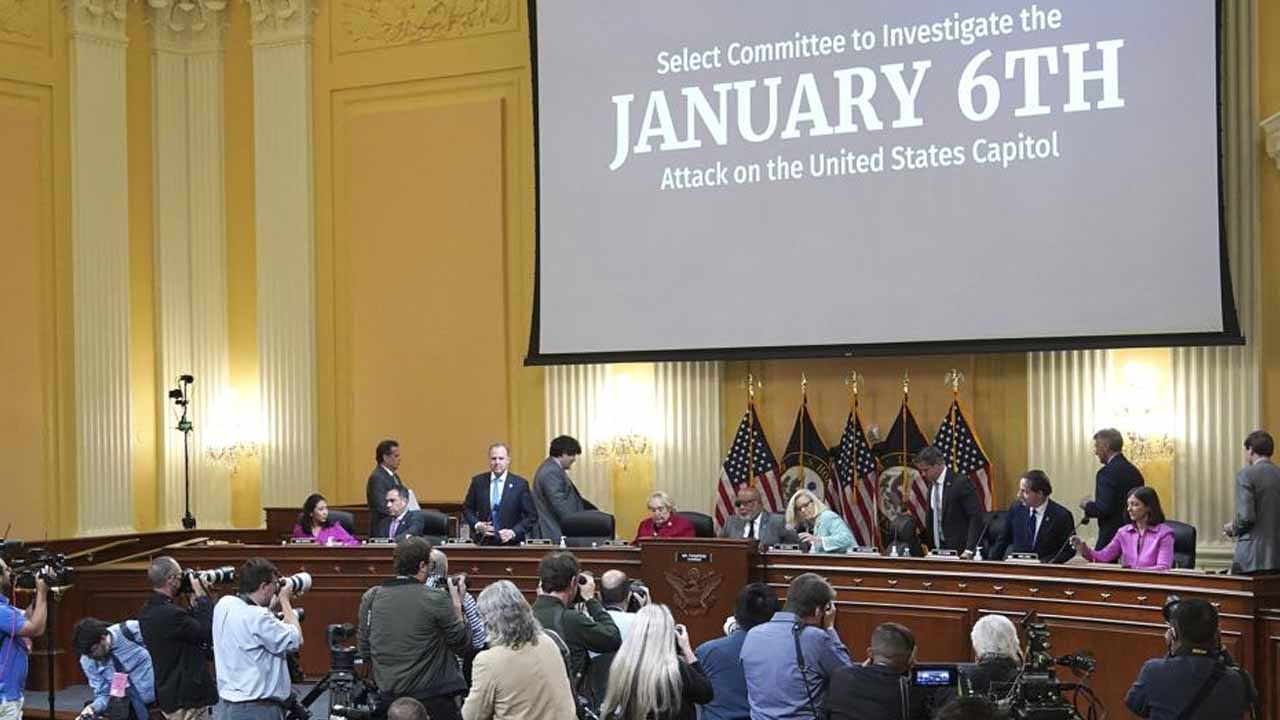 The House committee investigating the Jan. 6 attack on the U.S. Capitol has postponed a hearing scheduled for Wednesday due to Hurricane Ian, which is forecast to hit Florida the same day as a Category 3 storm.

"In light of Hurricane Ian bearing down on parts of Florida, we have decided to postpone tomorrow's proceedings. We're praying for the safety of all those in the storm's path," the committee said in a statement. "The Select Committee's investigation goes forward and we will soon announce a date for the postponed proceedings."

The hearing was supposed to be the committee's ninth and final hearing, and reveal some of the information the committee said they learned this summer.

Committee Chair Bennie Thompson said earlier this month that the committee plans to put together an interim report in mid-October, and will finalize the report before the end of the year.

That would take them past the November midterm elections. The committee's two Republicans, Liz Cheney and Adam Kinzinger, are both leaving Congress in January. Cheney lost the Republican primary in Wyoming to a Trump-backed challenger; Kinzinger decided not to run for reelection.

Ahead of the postponement announcement, a source familiar with the committee's plans told CBS News the hearing was expected to feature clips from an upcoming documentary on Roger Stone, an ally of former President Trump. The source said the filmmaker provided the panel with a total of 14 clips from the documentary, which was shot over a three-year period. The documentary, "A Storm Foretold," is expected to be released later this year.

In a statement to CBS News, Stone said he challenged the "accuracy and the authenticity of these videos and believe they have been manipulated and selectively edited." Stone called it "categorically false" that he "knew in advance about, participated in or condoned any illegal activity" on Jan. 6.

"The excerpts you provided below prove nothing, certainly they do not prove I had anything to do with the events of Jan. 6. That being said, it clearly shows I advocated for lawful congressional and judicial options," he said.

In a series of blockbuster public hearings this summer, the committee combined never-before-seen footage from Jan. 6, video testimony from some of the people who were in Trump's inner circle, and in-person witness testimony.

One of the hearings, in late June, was called at the last minute to spotlight a witness, Cassidy Hutchinson, a former White House aide, whose stunning testimony provided firsthand and second-hand accounts of Trump's behavior before and during the Jan. 6 attack.

"As an American, I was disgusted. It was unpatriotic," Hutchinson testified about the events of Jan. 6. "It was un-American. We were watching the Capitol building get defaced over a lie. And it was something that was really hard in that moment to digest knowing what I'd been hearing down the hall in the conversations that were happening."

The hearings sought to tie Trump himself to the coordination of the attack and shed light on alleged plans devised by him and members of his inner circle designed to overturn the 2020 elections results.

After the earlier hearings, a letter from the Department of Homeland Security inspector general revealed that the watchdog office had asked for text messages from the U.S. Secret Service between Jan. 5-6, and had found out that thousands had been deleted — according to the agency, as part of a device replacement program. The Secret Service said it launched a "criminal" probe into the matter.

CBS News confirmed on Tuesday from two sources briefed on the investigation that in compliance with the DHS Inspector General's request, U.S. Secret Service handed over the cellphones of two dozen agents involved in the agency's response to the Jan. 6, 2021 riot at the Capitol. These are the same two dozen agents whose text messages were subpoenaed by the inspector general and the House Jan. 6 committee.

Since the last hearing was held on July 16, the committee said it has had conversations with the Justice Department about a scheme allegedly cooked up by Trump's allies to put forward alternate electors supporting him in seven battleground states that President Biden won.

The committee has interviewed more than 1,000 people and issued more than 100 subpoenas since its creation last year. They also are still speaking to witnesses. A lawyer for conservative activist Ginni Thomas, the wife of Supreme Court Justice Clarence Thomas, confirmed Wednesday that she will meet with them.