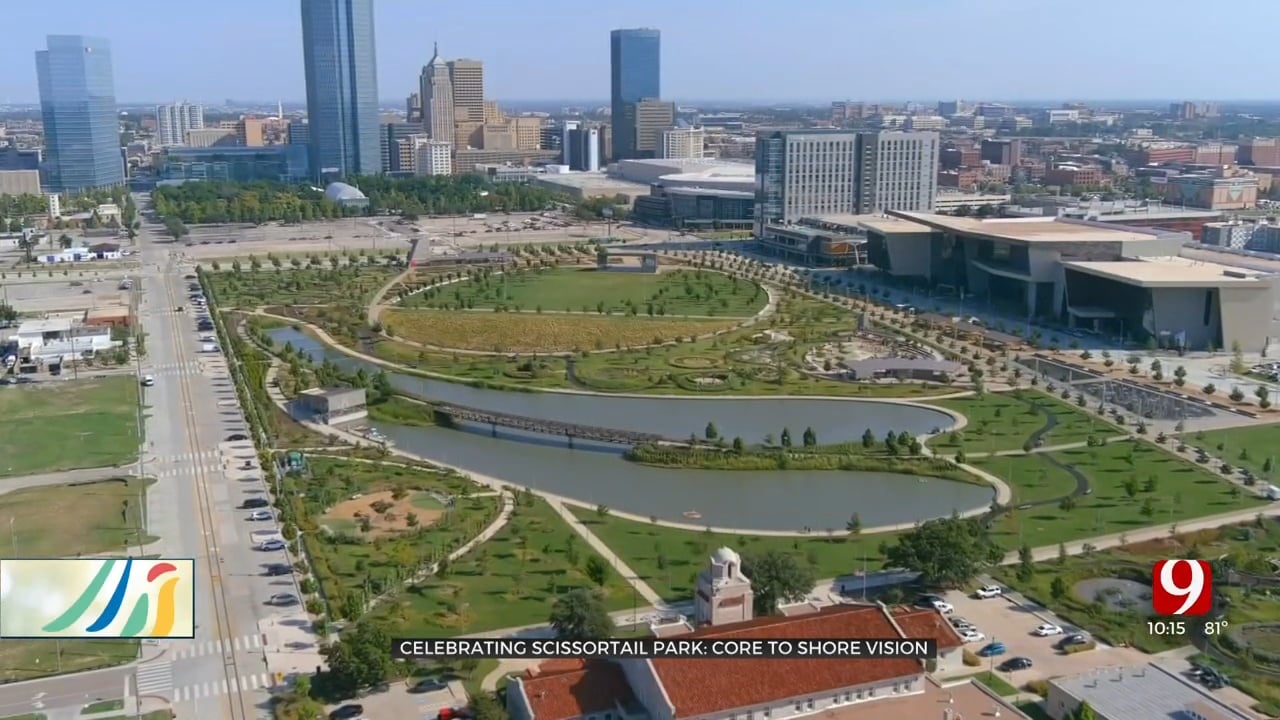 When the lower part of Scissortail Park opens on Friday it will be the realization of a quarter-century dream to connect downtown, the city's core to the shore of the river. City leaders say a crumbling I-40 provided the extremely rare one-time opportunity to put a huge park downtown.

Lower Scissortail Park is now just days away from opening. The 70-acre, $132 million downtown jewel is the final step in a vision that began way back in the late 1990's.

“I pinch myself,” says former Mayor Mick Cornett who was mayor for much of that time. “I feel like I had the best seat in the house to watch a city transform itself in the city perspective the blink of an eye.”

But Cornett says it was actually quite the opposite.

“The bottom line,” he said, “Nothing happened quickly. Everything was slow as molasses all along the way.”

It started when ODOT, with some nudging of the city, agreed to move I-40.

“This really opened up several acres downtown for the development that had really been stunted because I-40 had been such a barrier,” says Cornett.

Cornett chaired a committee of about 100 people who decided to connect the city's core to the river's shore with a giant park. The upper and lower parts would be connected by a pedestrian bridge over the new I-40.

“So, this was kind of a one-shot chance to create a very large park in the center of Oklahoma City,” says Cornett. How many cities in American get to go downtown and create a really large park now?”

Voters agreed and in December 2009 passed MAPS 3 which included the sales tax funding to build the park.

Eight years later. Cornett and others broke ground on the upper park that opened in September 2019.

“Scissortail since the opening of the upper park has become such an ubiquitous part of the city in just three years. It’s hard to imagine it without Scissortail,” says current Mayor David Holt. “And so, all the more amazing in what will seem like a blink of an eye will double the size of that park.”

That size and sheer amount of land bordering the park. nearly a mile long, was intentional. Leaving more space for the next phase: private development.

“Twenty years form now there’s no question this will be the hottest real estate in Oklahoma City,” says Holt.

Continuing to grow the momentum of the seeds that were planted decades ago.

“Things as simple as putting water in the river and building a park downtown are going to have generational impacts for our grandchildren’s generation and perhaps they can built it form there and create things we can’t imagine today,” says Cornett.