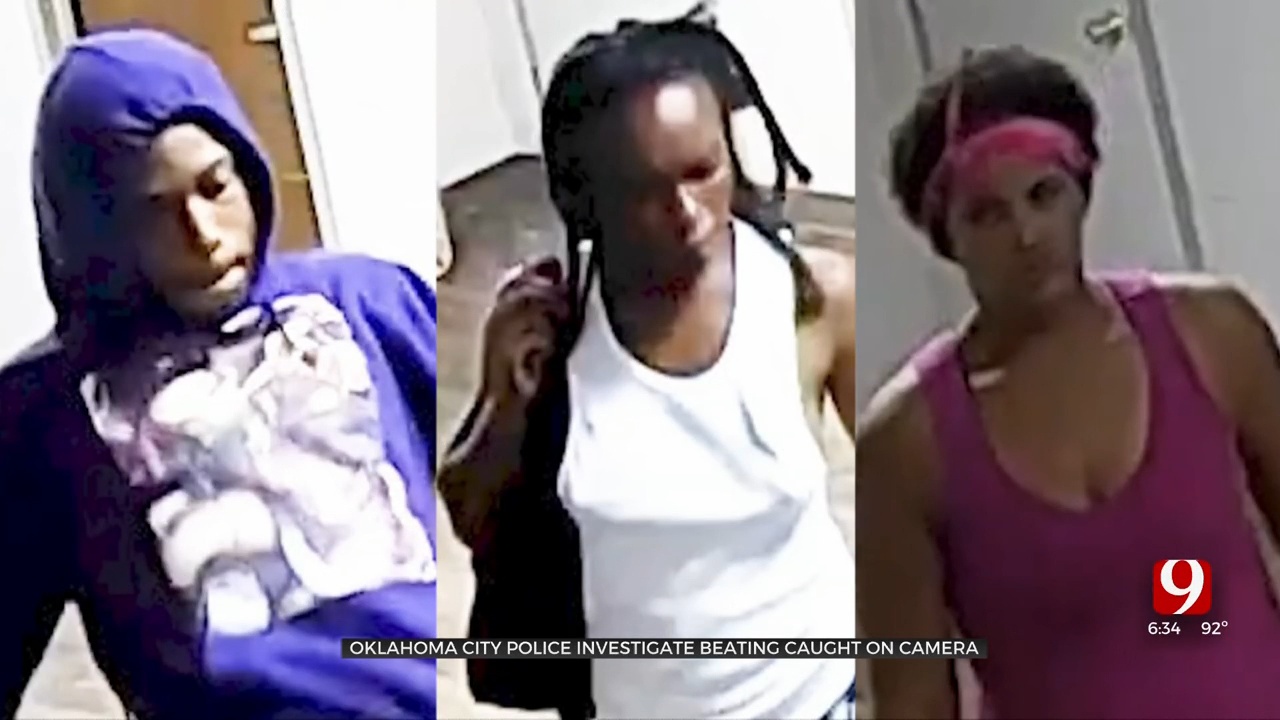 Oklahoma City police have arrested three people in connection to a video of an attack at an apartment complex near Northeast 4th Street and North Lottie Avenue.

Police said the three people beat a man so badly he had to have surgery for a broken hip.

Investigators said this happened in August and was seemingly unprovoked.

Police said tips through Crime Stoppers helped them identify the suspects in the video.