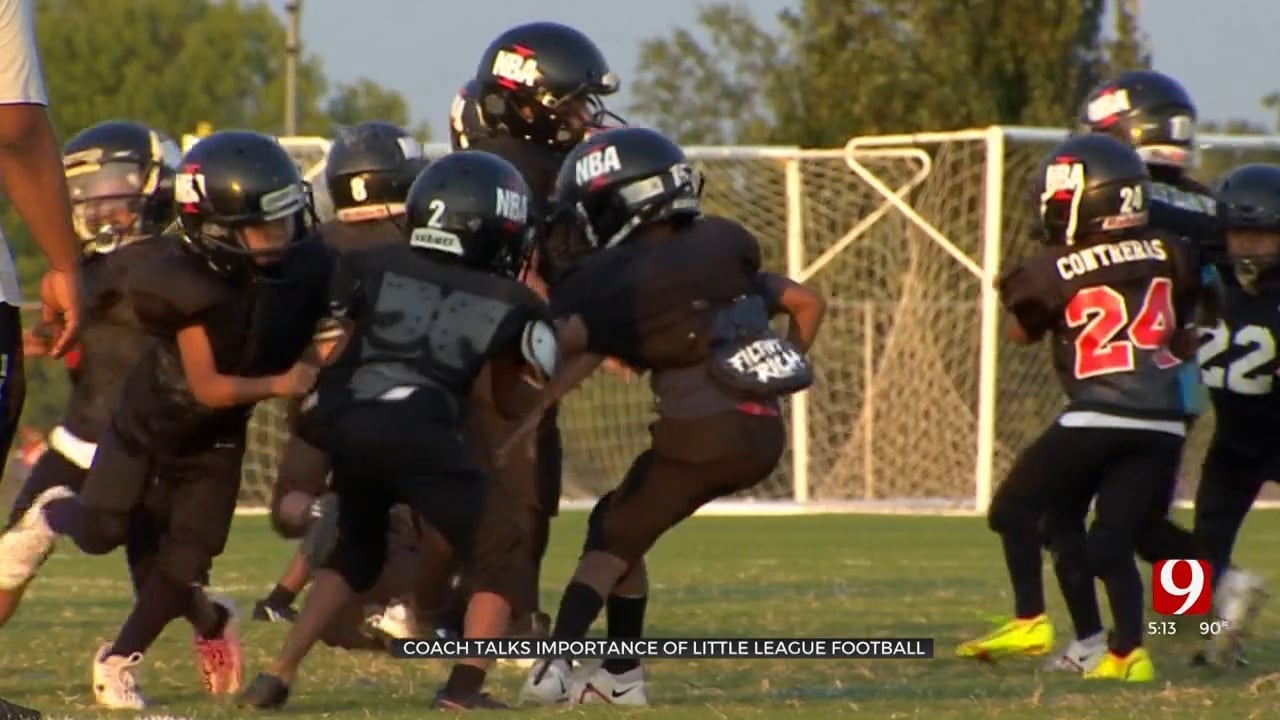 The Sooners are taking on the Nebraska Cornhuskers Saturday in Lincoln, and it's a rivalry that runs in the blood between a father and son.

An OU legend told News 9 that may not matter as much as lessons instilled on the gridiron.

"We normally play out here on Tuesday and Thursday nights," said Charles Thompson, a coach, and league coordinator.

Taking seven age divisions from 5-11 to learn the ins and outs of this game.

"I think it's important to start young to build that character and grit," said Thompson. "This is not tennis, golf, this is football."

A man, coach and father who knows this game.

Charles Thompson, a former Sooner quarterback, led the team as a freshman to an 11-1 record, including a huge win over the number one ranked Nebraska Cornhuskers.

OU is coincidentally playing Saturday at 11 a.m., years since that big win.

Even better, his son is now quarterbacking for the cornhuskers in this year's renewal of the rivalry.

"I bleed crimson and cream," said Thompson. "But I am team Casey."

So no big rivalry in this family but still a full circle moment.

Now Charles looks back at how vital the youth football league can be, especially for one of his sons, Casey.

"If you ask him, this is where he developed his football fortitude," said Thompson. All on a field in the city.

"I think these particular leagues have allowed him to handle the ups and downs he has had early in his football career," said Thompson.

"We talked about it. He had a coach that got fired this, but this is the business of football," said Thompson.

The business of football all begins so young. Casey Thompson played for the Sooners before last year when he was a Texas Longhorn.