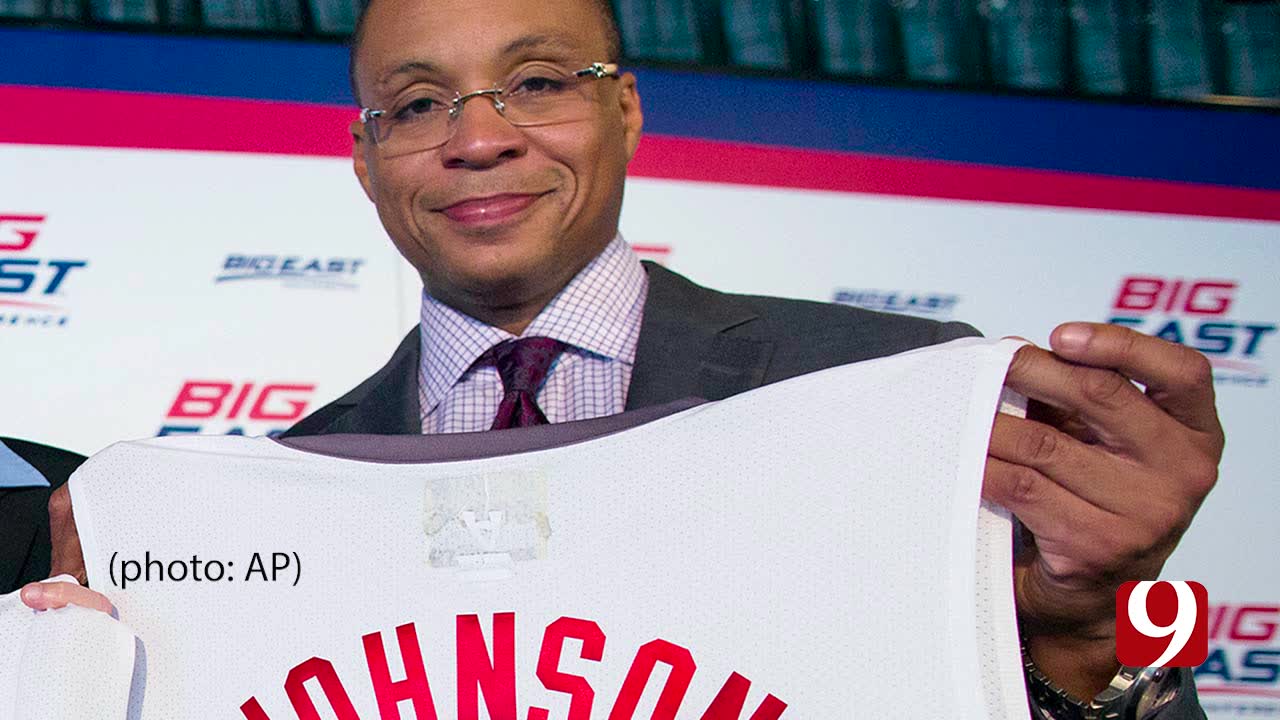 Gus Johnson On What Goes Into A Great Call

“Isaiah (Thomas). Shot clock turned off. Game clock at eight. He’s gonna do it himself. Thomas, shake, crossover, stepbaaaaack…AHHHHHH! At the buzzer! Young Zeke! And Washington wins it! On a last-second J! COLD! BLOODED!”

“What an interception! Oh my gosh! D.J. Graham! GIMME THAT, ODELL!”

You know a Gus Johnson game when you see it and hear it. When you do, it’s hard to forget it.

Whether he intended to or not, Johnson’s arrival in sports television signaled a change for the industry. Play-by-play announcers like Pat Summerall and Vin Scully were known and revered for a kind of presidential stateliness behind the microphone.

As the action unraveled on the field, announcers in this tradition remained calm, cool and collected. When an athlete achieves a historic milestone, they tend to back away from the microphone and let the roar of the crowd serve as the soundtrack of the moment.

Johnson grew up with his mom and dad in Detroit. He played nearly every sport under the sun. Football, baseball, basketball, hockey. He also had a wrestling career in high school.

“I did it to keep me busy, to keep my mind active and motivated around good people,” Johnson said. “Great coaches, teachers, other moms, other dads. I just loved playing ball. Wish I could play ball now. I’m too old now, though.”

Johnson earned a baseball scholarship to continue his career at Howard University in Washington D.C., but he was still unsure of what life after playing sports would look like.

“I went to college, and you know how it is sometimes as a college kid, I’m trying to figure out what I’m going to do,” Johnson said. “Dad would always say, ‘An education is good, son, but you better come out of there with a job. Because you’re not coming back here.’

“As my time at the university continued, I started stressing about that and thinking about it. One day, I was walking down a hill – I don’t what I was walking down the hill to do, probably going back to my dorm – and I ran into a man named Glenn Harris.”

Harris was the sports director at WHUR-FM in Washington D.C. Johnson asked him what he liked about sportscasting. Harris told him how much he loved sports and how different each day can be.

He also had a proposition for Johnson.

“He said, ‘By the way, go down the hill and talk to Mrs. Grimes at WHUR because today is my intern’s last day,’” Johnson recalled Harris telling him. “I didn’t have anything to do, so I walked down there. I was a kid, so I was too dumb to know you’re supposed to set up appointments, but I just walked down the hill and knocked on the door. They sat me out in the waiting room.”

Grimes welcomed Johnson into her office. He asked her about the open internship.

“’OK,’” Grimes told Johnson. “‘Congratulations, you’re the only one that applied. It pays $500 per semester, and you got the job. You start on Monday.’”

A few conversations in less than an hour’s time later, a sportscasting career was born. Simple as that.

After a few tours through local television stations, Johnson caught on as a college basketball announcer before his big break came with CBS in the mid-1990s.

Johnson became a fixture of the network’s coverage of college basketball and the NCAA Men’s Basketball Tournament. When Pete Carril and the Princeton Tigers upset the defending national champions from UCLA, Johnson was on the call. Before underdog Gonzaga became a full-grown power, Johnson witnessed the program's coming of age.

His genuine, excitable announcing style became synonymous with some of the most absurd moments in sports.

Johnson left CBS for Fox Sports following the 2011 NCAA Tournament. Fox had some college football from the Big 12 and Pac-12 conferences, but they weren’t regularly airing on its broadcast network.

“When I first started doing games with (football analyst) Charles Davis at Fox, we were on FX,” Johnson said. “(Fox Sports chief executive officer) Eric Shanks – my boss, our boss, the boss – is a good man. He’s a visionary. When I came over here, Eric and I met. We had a handshake agreement. ‘Gus, if you come over here, I’m going to get the sports.’ He definitely lived up to his word.”

Another memorable call of Johnson’s came from the Bedlam game in 2017. It was a top-15 showdown in Stillwater. Baker Mayfield and the Sooners were searching for separation from the Cowboys early in the fourth quarter.

At this point, Sooner fans know the play they are about to see.

Seriously. How does he keep coming up with this stuff?

“I don’t know, man,” Johnson said. “I just go out and call the game. I never think about ‘the call.’ When I was young, I was hoping to survive and not get fired. I was hoping to make my parents proud.

“I got a note from a former girlfriend of mine, who was an acting professor. She has a master’s in fine arts from Penn State. We started dating, and she would watch my career. She didn’t say a lot. I guess it took her some time to understand it. When she finally did, I asked her if she watched the game.”

She told Johnson that he did well, but she had another note.

“When you let that little Black boy from Detroit out of his cage, then you’ll become a star.”

“You just wanted to do good, that’s all,” Johnson said. “Letting it go. There is where the courage lies, to let people actually see you. When I started doing that, things really changed for me. ‘What makes a good call?’ … Whatever comes out, hopefully, the right combination of words will make it textured. People, hopefully, will remember.”

OU-Nebraska will be Saturday’s offering for Fox’s “Big Noon Saturday,” a showcase for the network’s top college football game of the day. It airs at noon eastern time (11 a.m. central time).

Johnson will once again be paired with analyst Joel Klatt, a former quarterback at the University of Colorado. Last season, he and Klatt called their 100th telecast together. They have shared a booth each week since 2015.

“He’s what you call a good human,” Johnson said of Klatt. “He’s kind, considerate, caring. He works so hard. He tries so hard. He’s like a little brother to me, and I think that’s why we have great chemistry.

“He’s an incredible teammate. I mean, incredible. Sometimes, he has to pick me up. Just because you go out there doesn’t mean you’re always having a good day, but you have to look like you’re having a good day when you’re on TV. … Sometimes, you don’t have it. When I’m with Joel, if he sees that I don’t have it, he picks me up. I can take advantage of his exuberance, and it makes me happy. That’s what makes our team special.”

As for the game, Johnson sees the similarities between the Sooners and Huskers. New quarterbacks Dillon Gabriel and Casey Thompson are still trying to ingratiate themselves within their new fanbases.

While Nebraska will begin a new era with interim coach Mickey Joseph after Scott Frost was dismissed earlier this week, Johnson is bullish on Oklahoma head coach Brent Venables.

“I think Brent Venables was a great hire who understands Oklahoma’s tradition,” Johnson said. “He wants to be there for the rest of his career. He’s getting this head coaching opportunity, which for him may have come a little late considering his success, but he waited for the right job. Oklahoma is Oklahoma, so you know they’re going to have players and they’re going to play hard. I think it’s going to be a great game in Lincoln.”