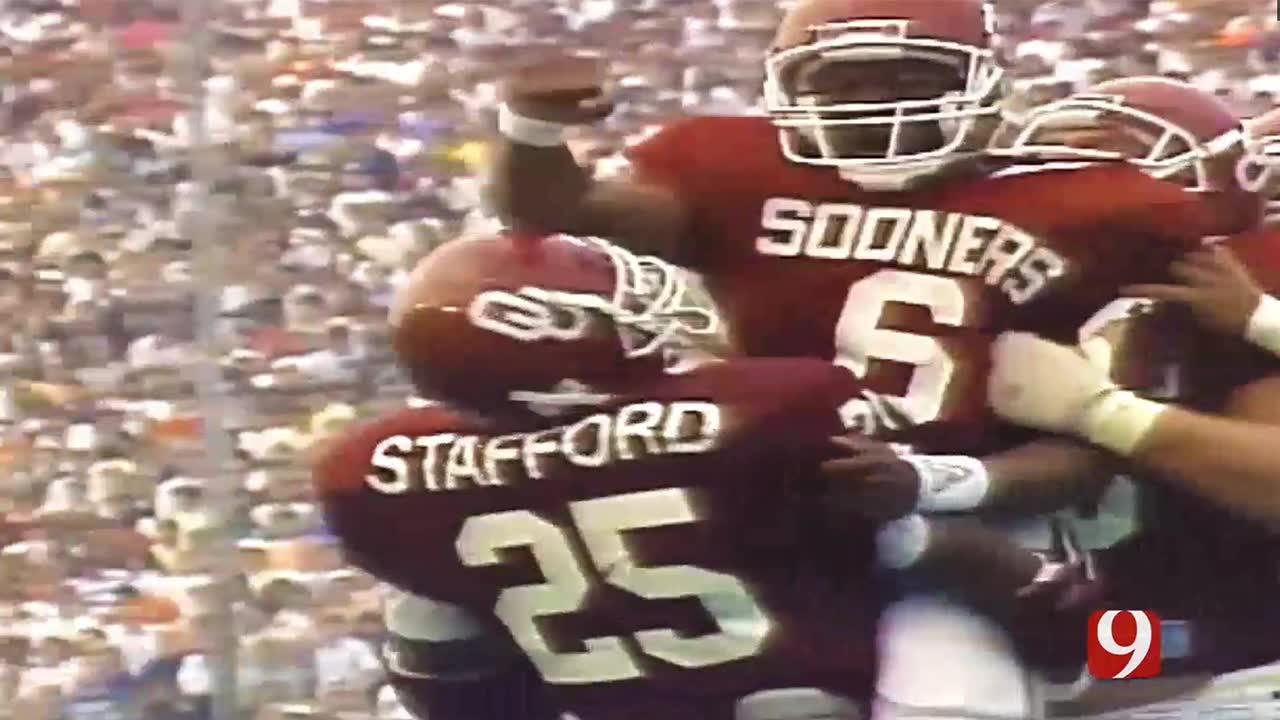 Do you remember rivalries?

Maybe you do, but thanks to conference realignment, the memories of them are fading fast.

Most rivalries are defined by close distance. It’s incredibly easy to hate a team 100 miles down the road from your favorite team. Maybe your team shares a state border with “them.” (You call them “them” because you don’t want to humanize the enemy.)

Perhaps a rivalry exists because a pair of teams play in the same conference.

However, the secret sauce that takes a natural rivalry and turns it into an elite rivalry are what the games mean for all of college football.

Miami-Notre Dame and Miami-Florida State grabbed national headlines in the 1980s and 1990s, even though simultaneous success wasn’t sustained for very long. Ohio State-Michigan has been dominated by the Buckeyes in recent years.

Over the last decade-plus, the rivalry with the most big-deal-feel today is likely Alabama-LSU.

When it was good, there was no rivalry better than OU-Nebraska. The two didn’t share a border but as Big Eight and later Big 12 rivals, their matchups frequently impacted the national title race. That’s the way it was over multiple decades.

Let’s roll through 10 OU-Nebraska games in chronological order with varying and yet unforgettable importance.

If you decide to call a “game of the century” the “Game of the Century” eight decades into said century, you’ve probably had a lousy century of college football.

Nebraska’s Jeff Kinney ran for four touchdowns – the last of which came in the fourth quarter – to decide the game, but the iconic moment remains Johnny Rodgers’ 72-yard punt return that sent him all the way home.

Oklahoma fans past and present have declared this game as the one where “Sooner Magic” came to be.

The magic doesn’t just originate from the rare passes the wishbone-happy Sooners needed to overcome a late-game deficit to Nebraska. The magic came from the plays themselves.

OU began the drive inside its own 20-yard line. On a designed halfback pass, quarterback Thomas Lott handed the ball off to running back Woodie Shepard who then flung the ball down field (while he was on the run, by the way) to receiver Steve Rhodes for a huge play inside Nebraska territory.

The second play involved more trickeration. Quarterback Dean Blevins (maybe you’ve heard of him?) took the snap, stepped to his left and fired a pass to Rhodes. Rhodes then lateraled the ball to Elvis Peacock in stride, and Peacock was brought down at the 2-yard line with seconds remaining. The Sooners scored and won on the next play.

It cannot be overstated how great Barry Switzer is a coach in relation to Tom Osborne’s own coaching greatness.

The top-ranked Sooners marched into Lincoln to face the fourth-ranked Huskers. Predictably, a tight game broke out.

Nebraska broke a 14-all game with a field goal with plenty of time remaining in the final quarter, but a costly fumble by OU running back Billy Sims inside Nebraska’s 5-yard line sealed the Sooners’ fate.

It was NU’s first win over OU since the “Game of the Century.”

Plus, the Huskers had a running back named I.M. Hipp, who scored a second-quarter touchdown.

Revenge is a dish best served…with a zest of citrus?

The zest of an orange may be worth the culinary risk. Just don’t get any of it in your eyes.

Unfortunately for the Cornhuskers, they had plenty of orange zest in their eyes at the 1979 Orange Bowl.

Two months after losing in Lincoln, the Sooners were in control for much of the game. Billy Sims ran for two touchdowns.

Nebraska scored two touchdowns late to make the game look more interesting than it was.

The Sooners defense dominated on this day, but that’s not why you called.

The signature moment from this game came on a reverse play deep in their own territory at an incredibly early point in the game.

Quarterback Jamelle Holieway faked a handoff to the fullback before tight end Keith Jackson got the handoff, came around and galloped down the sideline for an 88-yard touchdown.

What makes this play is the late legendary broadcaster Keith Jackson having to say his own name, Keith Jackson, while referring to the OU player, also named Keith Jackson.

Nebraska held a two-score lead on Oklahoma late in the game. Given their historic edge through the years, the Sooners must have thought the fourth quarter was the natural time to restore order against the Huskers.

OU had 18 seconds to work with on a third down and 12 in a game it tied at 17. The Sooners would have to convert after doing so on just three of 10 third-down opportunities.

Holieway went back to pass and flung a bullet in tight end Keith Jackson’s direction. Broadcaster Keith Jackson had the rest.

At this point, no one could doubt Jackson’s physical gifts.

Which Jackson am I referring to? The answer is yes.

Most movie sequels aren’t nearly as good as the original. The same rule applies here.

Oklahoma went without Jamelle Holieway and Lydell Carr, which meant the brunt of the quarterbacking rested on the shoulders of redshirt freshman Charles Thompson.

“I’ll never forget it,” Thompson told News 9 Wednesday. “Thursday night, our last practice. Coach (Barry) Switzer walked into the huddle and he told me, point blank: ‘Charlie Thompson, if you play like you’ve prepared all week, you’re going to shock the nation on Saturday.’ That was my focus.”

Check out more of our interview with Thompson in the link below.

Related: Former Sooner QB Thompson Reflects On ‘Game Of The Century II,’ Redemption And His Son’s Transfer To Nebraska

By the turn of the century, both Barry Switzer and Tom Osborne exited stage left from the rivalry in two completely different ways.

Switzer left mired in scandal in the late 1980s. Osborne rode off into the sunset following the 1997 season with a shared national championship in hand.

The Sooners were still trying to find themselves post-Switzer while NU’s transition to Frank Solich seemed seamless. Both teams came into this game ranked in the Associated Press’ top five with the Huskers at No. 1.

Nebraska looked every bit the part of the nation’s top-ranked team with a 14-0 lead in the first quarter, but the Sooners ambushed the Huskers for 24 points and a lead they would not relinquish.

The win meant several things for Oklahoma and second-year head coach Bob Stoops: a return to the top of the polls, a win against the No. 1 team a week after beating No. 2 Kansas State and Sooner fans tearing the goalposts down in excitement.

Every postgame celebration is better when the goalposts come down.

Due to the addition of Texas, Texas A&M, Texas Tech and Baylor to the original Big Eight in 1996, the Sooners weren’t guaranteed a yearly meeting with the Huskers anymore.

This OU-Nebraska matchup felt like the end of an era, and it was. Nebraska announced its intention to leave the Big 12 in 2011. Colorado said it was on the way out in 2011, as well. This Big 12 Championship Game was the last for some time as the league shrunk to 10 teams.

Early on, it looked like the Huskers would have the last laugh as they sprinted to a 17-0 lead. Turnovers allowed the Sooners to get back into the ball game.

A fourth quarter field goal by Jimmy Stevens broke a 20-20 tie in the final quarter.

That was it. The Football Cold War was officially underway.

The rivalry fires were officially re-stoked.

The Sooners came in as the heavy favorites last season as Nebraska was still searching for an identity early in year four of the Scott Frost era.

The OU teams of the last couple years have had a tendency to play down to its competition at times, and this included the 2021 Huskers.

The Sooners had a 23-9 score with eight minutes to go and their opponents’ haphazard offense somehow inching towards the red zone.

Husker quarterback Adrian Martinez tried a desperate throw on a fourth down and 18 play. The play ended with one of the most incredible interceptions hauled in by defensive back D.J. Graham.

The ultimate question is: How will we remember this game on the field?