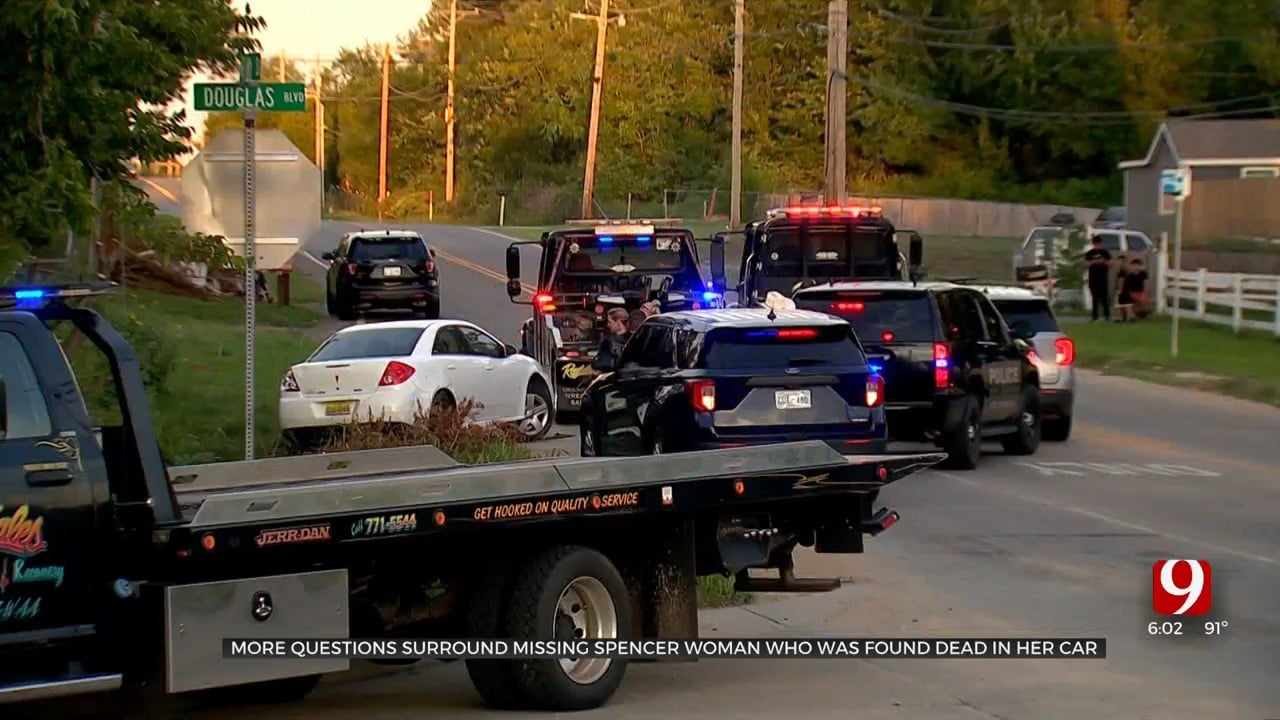 Spencer residents are asking questions after a woman was found dead in her car Monday.

Two people had called 911 to report a white car in a ditch near NE 39th and Douglas. Residents say if the officers had checked the driver’s seat, they might have saved the woman’s life.

"It just makes your blood boil to know maybe there was a chance that she could have survived if she had the right attention," said Lisa Janloo, who lives nearby.

Cheryl Mines’ car sat in the bottom of the 25 feet deep ditch for almost 20 hours. It’s still unknown when she died and why she wasn’t found after the calls to police.

“Who knows, maybe she had a chance of living, but when you’re there for almost 24 hours with no medical attention... it’s really frustrating. This poor lady went however long without any help,” said Janloo.

On Sunday night, Mines’ daughter filed a police report in Midwest City, saying that she hadn’t heard from Cheryl.

Mines had last been seen with her friends around 11 p.m. that night. That’s about the same time the first 911 call came in, a delivery driver telling police he had just witnessed a crash.

"The bumper was messed up but it's not like- I didn't see skid marks. It's not like she was driving real fast," said Janloo.

The Oklahoma County Sheriff’s Office is in charge of the investigation. They said Mines’ speed did not seem to be a factor in the crash. Oklahoma County also provided the 911 call logs from Sunday night and early Monday morning. That log shows the first officer on scene couldn’t locate the car, so he left.

Spencer police tell News 9 that the officer was answering a call about a separate white car in a ditch near NE 36th and Douglas.

"You see how high the grass and the trees, and the limbs are? If it was cleaned up it would have probably been easier to find the car," said Janloo.

The call logs show that the second call came about 12 hours later.

An officer was able to locate that car but treated the situation as an abandoned car. He did not search the vehicle and left the scene, saying they purposely left it for the next shift, in case the driver came back.

"I noticed a police officer there was down taking pictures, got back in his vehicle and left," said Janloo. "There's no excuse for just not walking down into the creek to figure out who's down there."

The driver of the wrecker called to pick up the car is who discovered Mines’ body in the driver’s seat.

"We don't have an active chief of police right now. So, who do we complain to when things like this are happening," said Janloo.

Spencer PD said no officers are accused of any wrongdoing and no disciplinary actions will happen.