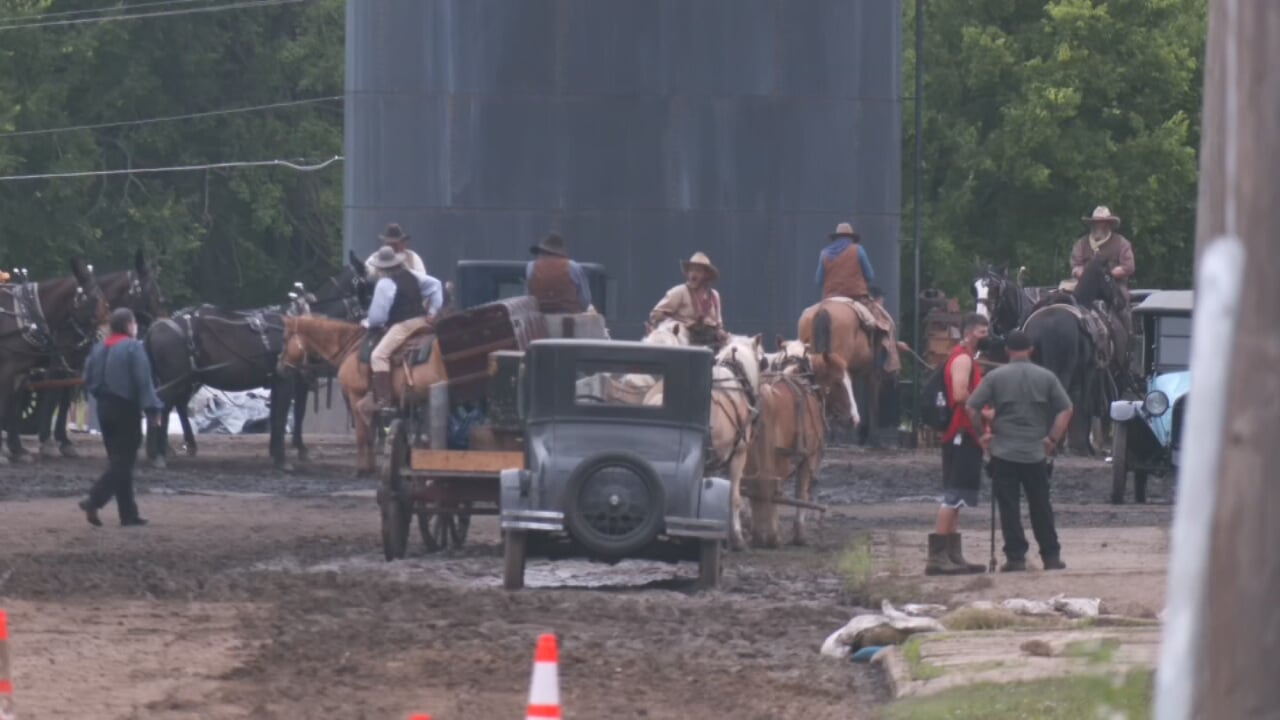 Over the course of about 18 months, the crew brought in almost $40 million dollars of economic impact to Pawhuska and Bartlesville combined. Since 2020, the crew spent several months living and working in various areas of Green Country. Those include Pawhuska, Bartlesville, Tulsa, and more.

“This was such a welcome economic impact not only for our community but northeast Oklahoma, but I know people from several industries benefitted from that presence being here,” Maria Gus, Visit Bartlesville Executive Director said.

Gus said the film crew, cast members, and extras mostly filmed in Pawhuska, but set up their home base in Bartlesville, resulting into a nearly 35 million dollar boost to the local economy.

“They are out there spending money in shops, hiring staff, and they are buying goods,” Gus said.

She tells us this project revitalized Bartlesville’s tourism industry during the pandemic.

“You can have the impact of a conference or convention, but when a film comes to your community, instead of a three to four-day impact, you are getting three to four months or 18 months in the case of The Killers of the Flower Moon,” Gus said.

Pawhuska Chamber of Commerce Director Mike McCartney tells us his community banked an extra 1.5 million dollars thanks to the filming.

“There were a lot of people in town at the time and they were in the shops and restaurants and things like that as well,” McCartney said.

They say between Pawhuska and Bartlesville, the nearly 40 million spent over the course of filming was a dollar amount they didn't expect, but greatly appreciate. People in both cities tell me they expect another bump in tourism after the movie is out.