Bills Introduced In 33 States Would Interfere With Election Administration 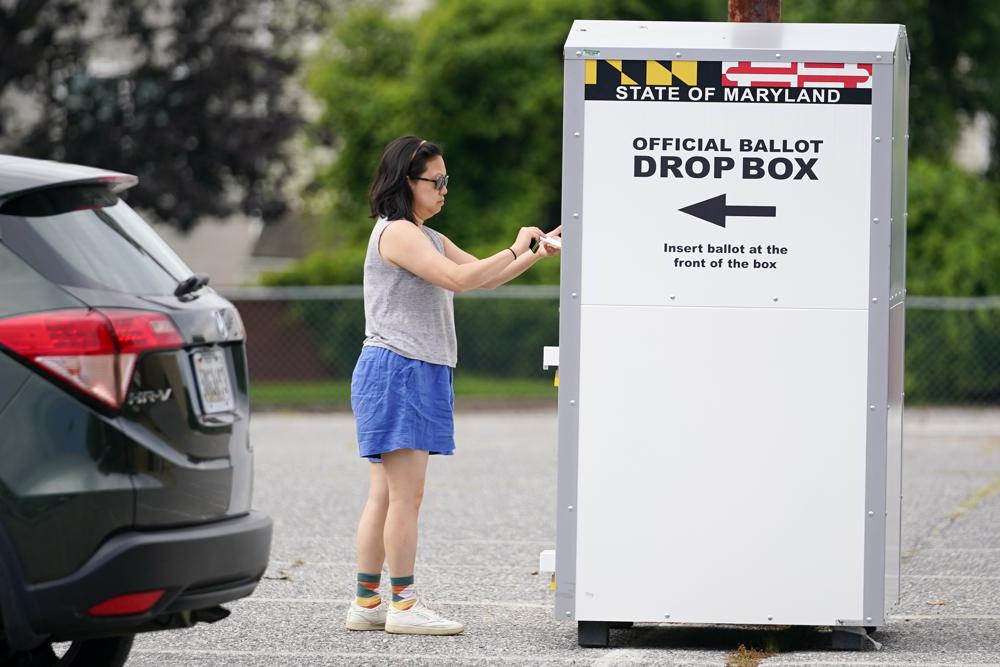 A new report released Wednesday highlighted the sweep of state legislative efforts that may threaten fair and secure election administration.

This year legislatures in 33 states — most of which are controlled by Republicans — have introduced 244 bills that would give the partisan legislature or legislatively appointed officials more sway over election operations than civilian appointees, or create undue burdens for nonpartisan election officials. Twenty-four of those bills became law, according to the report from the States United Democracy Center and Protect Democracy, a nonpartisan organizations that aim to defend democratic elections.

Some of the proposed laws were introduced by prominent election deniers who will be on the ballot this November, as candidates for office as their state's top election official. Arizona state Rep. Mark Finchem, who is currently running for secretary of state, introduced one bill to decertify Arizona's 2020 election results —which researchers note is not a legal option — and another to require hand tabulation of ballots in all elections, a move that experts have said would make the count more error-prone, rather than less, and more vulnerable to interference. The Republican gubernatorial nominee in Pennsylvania, state Sen. Doug Mastriano, introduced legislation that would strip some nonpartisan professionals of their oversight of election administration.

Victoria Bassetti, senior Counsel at States United Democracy, said that since the group first studied laws that interfere with election administration in a 2021 report, such bills have "gone mainstream" in state legislatures.

"When you dig in and look at the details of these 244 bills, what it shows is that the perverse creativity of election subversion is growing," Bassetti said.

The proposed bills flagged in the report would take actions that fall into one of five categories:

Researchers note that vast majority of state legislatures have now adjourned without passing the vast majority of laws that would politicize or interfere with election operation. In many cases, Democratic governors in the battlegound states of Wisconsin, Michigan and Pennsylvania used their veto power to prevent the passage of election subversion laws from the Republican-controlled state legislatures there. All of those gubernatorial seats are in play in the coming November midterms.

By CBS News' count, more than half of Republican gubernatorial nominees have denied Joe Biden's victory in the 2020 election.

"Put simply, the ongoing efforts to undermine trust in our elections are making our elections more vulnerable to foreign interference manipulation," Troye said.

The report also notes that in scattered instances across the country, officials have already tried to refuse to certify valid election results in what amounts to "probing of the electoral system for weaknesses."

After the June 7 primary election in New Mexico, the governing commission in Otero County refused to certify local results — a move viewed as tied to unfounded conspiracy theories about Dominion voting machines — and the states' Supreme Court then stepped in to do so.

Bills Introduced In 33 States Would Interfere With Election Administration