Some Cities Could Be Left Behind On Lead Pipe Replacements 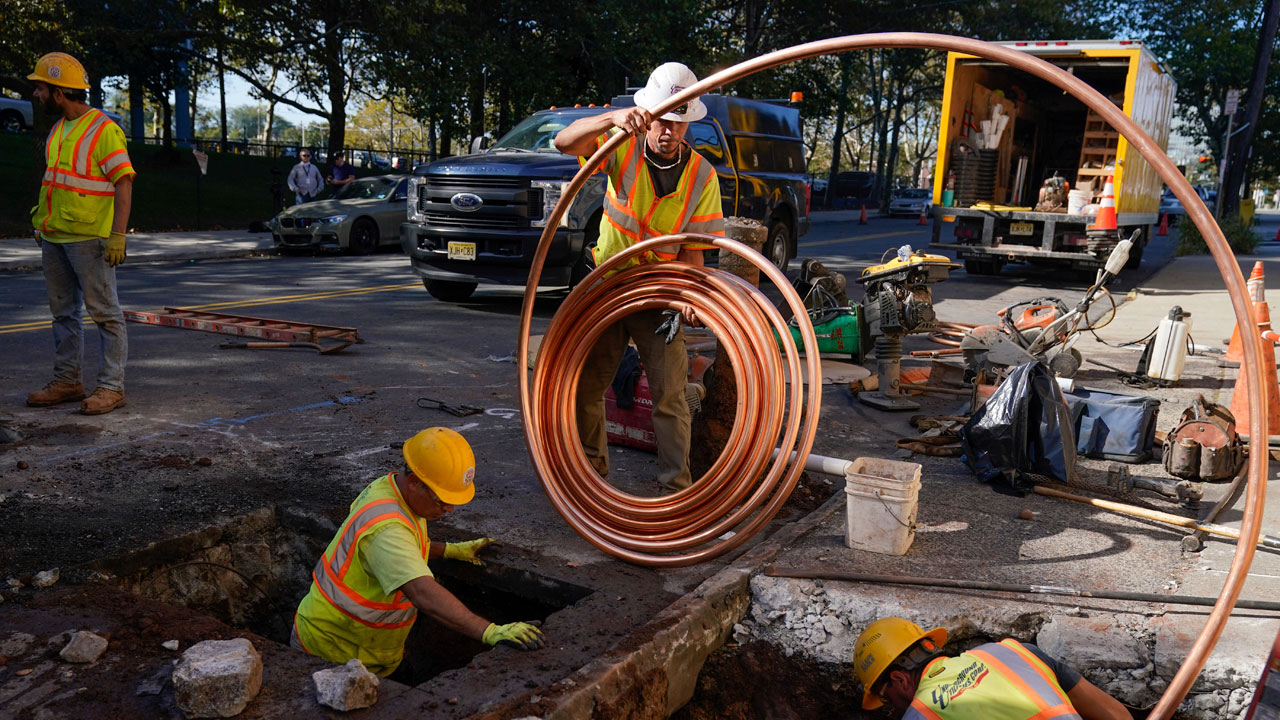 In many cities, no one knows where the lead pipes lie underground. That’s important because lead pipes contaminate drinking water. After the lead crisis in Flint, officials in Michigan accelerated efforts to locate their pipes, a first step toward removal.

But other places are moving more slowly.

That means as billions of dollars in new federal funding becomes available to address the problem, some places are in a better position than others to quickly apply for funds and start digging.

Those that wait are at risk of being left behind.

“The issue right now is we want to reduce the time that vulnerable folks are living with lead exposure,” said Eric Schwartz, co-CEO of BlueConduit, which uses computer modeling to help communities predict where their lead pipes are.

In Iowa, for example, only a handful of cities have located their lead water lines and so far only one – Dubuque – has asked for newly-available federal funds to remove them. State officials still expressed confidence they will find their lead lines by the federal government’s 2024 deadline and communities will have time to apply for funds.

Lead in the body can lower IQ, stunt development and cause behavior problems in children. Lead pipes can leach into drinking water. Removing them eliminates the threat.

There are millions of lead pipes in the ground, installed decades ago, that carry tap water to homes and businesses. They are concentrated in the Midwest and Northeast but are present across much of the country. Scattershot record keeping means many cities don’t know which of their water pipes are made of lead versus PVC or copper.

Some places like Madison and Green Bay, Wisconsin, have managed to remove theirs. But it’s an expensive problem and historically there’s been little federal funding to address it.

“The lack of resources has been a huge issue,” said Radhika Fox, head of the Environmental Protection Agency office of water.

President Joe Biden signed an infrastructure bill last year that finally provided a big boost, allocating $15 billion over five years to assist communities with lead pipes. It’s not enough to solve the problem, but will help.

Communities that avoid the issue or wait too long may not be eligible.

“If you don’t get your act together and you don’t submit an application, you’re not going to get the money,” said Erik Olson of the Natural Resources Defense Council.

Local officials can start replacement work before they complete a detailed inventory, but it helps to have an estimate of where lead pipes are, said Eric Oswald, director of Michigan’s drinking water division.

“We need to know that they have identified the lead service lines before we’re going to fund the removal process,” he said.

Lead pipes have caused harm for decades. In recent years, residents in Newark, New Jersey, and Benton Harbor, Michigan, were forced to use bottled water for basic needs like cooking and drinking, after tests revealed elevated levels of lead. Flint, a majority-Black community where officials initially denied there were lead problems, focused national attention on the health crisis. Public trust in tap water fell afterwards, especially in Black and Hispanic communities.

“But realistically, if it is to avoid embarrassment, that’s still a win,” he said.

There is some indication that embarrassment has been a motivator. Michigan and New Jersey passed tough measures to combat lead in drinking water, including speeding up the mapping process, after downplaying high lead levels. But things are moving more slowly in some other states like Iowa and Missouri that haven’t experienced similar headline-grabbing crises.

Earlier in August, the EPA instructed communities how to document their pipes. Money will flow according to the needs of each state, Fox said. There is technical assistance available and also easier terms for disadvantaged communities.

Water testing in Hamtramck, a city of nearly 30,000 surrounded by Detroit, has periodically revealed worrisome levels of lead. The city assumes most of its pipes are made of the problem metal and work is underway to replace them.

Pipe replacement is so sought after in Michigan that communities have applied for more funds than will be immediately available.

EPA distributed early funds using a formula that doesn’t consider the number of lead pipes in each state. So some states received far more money per lead pipe than others. The agency is working to correct that for future years. Michigan is hopeful that if states don’t spend their money, it will eventually flow to them.

Schwartz of BlueConduit said officials should be sure not to skip pipe inspections in poor neighborhoods, to ensure inventories are accurate. Otherwise if there is better documentation in wealthy areas, they might receive replacement funding more quickly even if they don’t need it as much.

Dubuque, a city of about 58,000 on the Mississippi River, wants more than $48 million to replace roughly 5,500 of its pipes that contain lead. Mapping work started years ago and previous officials ensured that it was properly updated, anticipating it would one day be a federal requirement. They were right.

Christopher Lester, manager of the city’s water department, said those past efforts made applying for funds easy.

“We’re fortunate to have the inventory developed. We don’t need to try and play catch up,” Lester said.

The Associated Press receives support from the Walton Family Foundation for coverage of water and environmental policy. The AP is solely responsible for all content. For all of AP’s environmental coverage, visit https://apnews.com/hub/climate-and-environment

Some Cities Could Be Left Behind On Lead Pipe Replacements