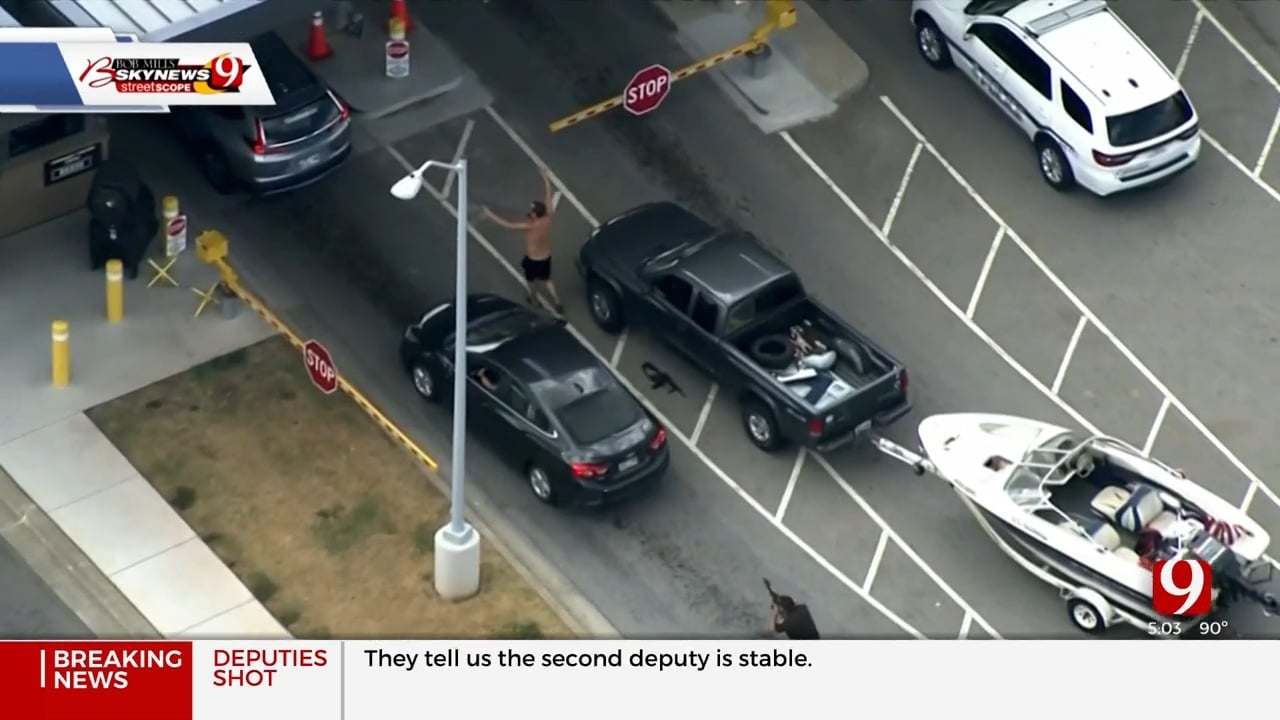 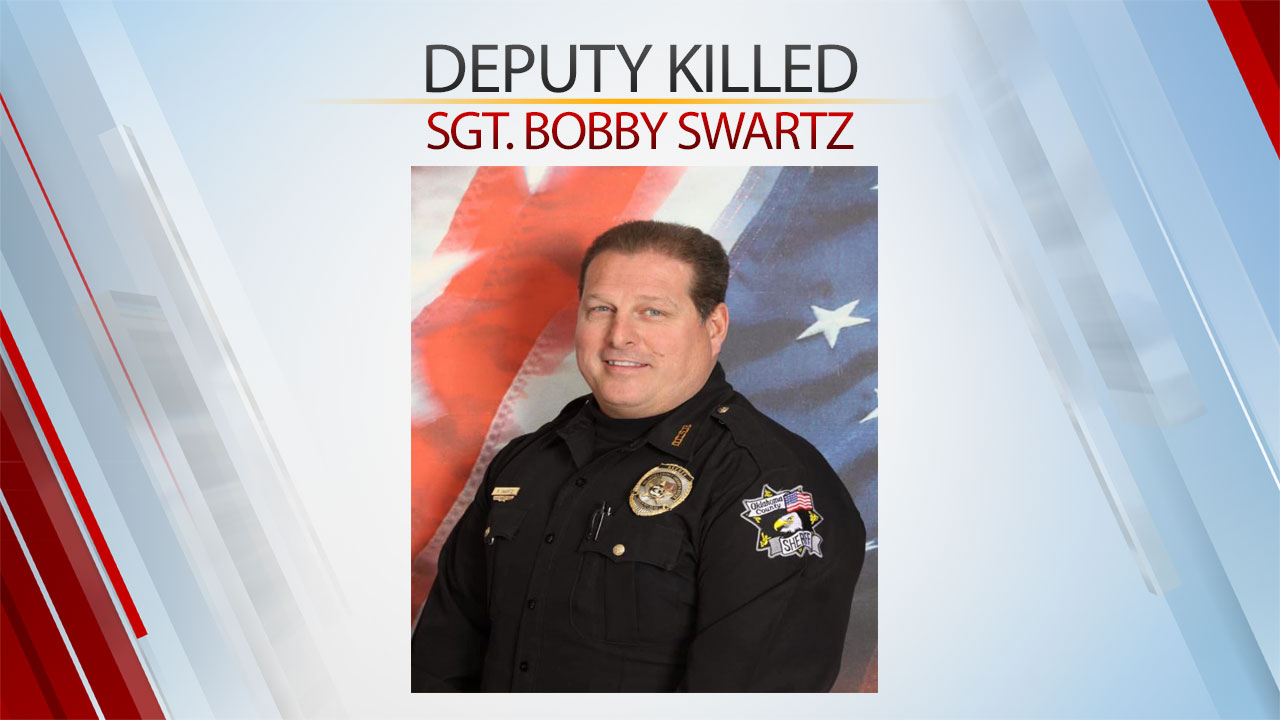 The shooting happened at a residence near Southwest 78th Street and South Pennsylvania Avenue.

The deputies were transported to OU Health in Oklahoma City. One of the two deputies has died.

The fallen deputy has been identified as Sergeant Bobby Swartz.

The second deputy shot is still undergoing treatment at the hospital.

Authorities said several deputies were handing out an eviction notice at the residence prior to the shooting.

Police's search for the alleged suspect continued with a short pursuit through the city's southeast side.

The alleged suspect was driving a pickup truck with a boat attached to it.

The suspect left their vehicle and was taken into custody by authorities near Tinker Air Force Base.

The base said its main gate is now open to traffic.

The eastbound lanes of I-40 have reopened at this time.

Governor Kevin Stitt spoke out on the deadly deputy shooting, describing Monday as a "heartbreaking day."

Stitt also said he spoke with Oklahoma County Sheriff Tommie Johnson and thanked OCPD and the Oklahoma Highway Patrol for their "swift actions."