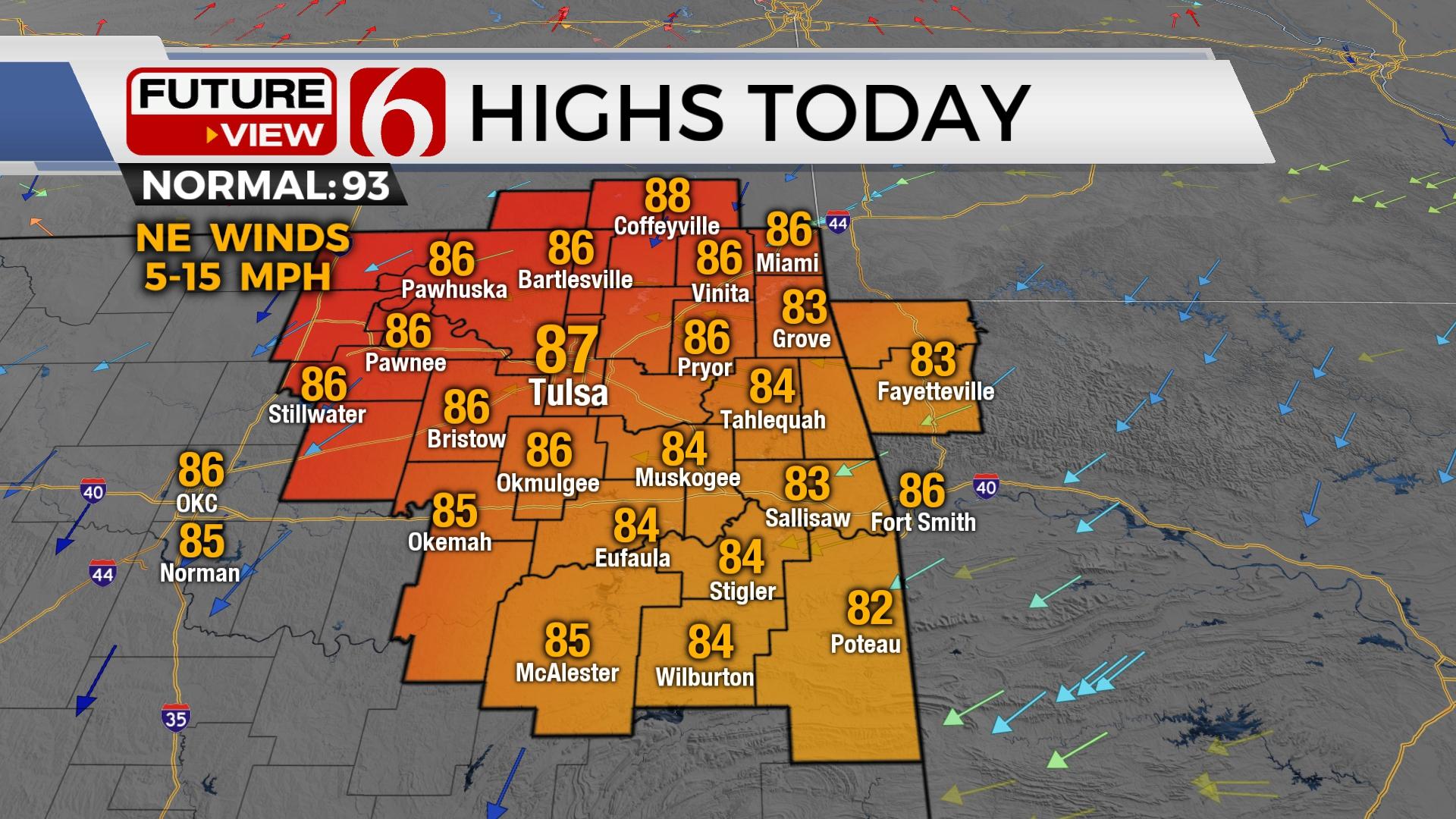 Cooler temperatures stick around after scattered showers swept across the state on Wednesday. Clouds are attempting to gradually thin out some from the north to south on Thursday morning and temps have dropped into the lower and mid 60s across the northern third of the state, while upper 60s and lower 70s reside to our south. A few showers have developed overnight along a weak area of convergence as a disturbance remains across the southern sections, mostly along the I-40 corridor. During the last few hours, a few spotty showers have been developing slightly more northward, slightly southeast of the Tulsa metro. We’ll need a small probability for the southern sections for the day. Northeast winds will remain with afternoon highs reaching the mid to upper 80s today before returning to the 90s Friday and Saturday. A weak front enters Kansas Friday evening with thunderstorms. Most of this will remain north, but a few storms may migrate into northern OK pre-dawn Saturday with a residual outflow dropping near the state line region. We’ll keep a low chance for a few scattered storms during Saturday. We continue to forecast our next meaningful system nearing by the 2nd half of the weekend that should have some influence with additional rainfall Sunday and possibly early Monday. Decent chances for rainfall will arrive Sunday, and some localized flooding or drainage problems may occur in a few spots across the southern sections of the state. Data this morning is a little more progressive moving the system out of our immediate area Sunday evening, but we’ll keep some pops for the first part of Monday. Below normal temps will be likely for all next week. We’re not exempt from a return to hot weather, but the likelihood of the return of triple digit weather is lessoning. The mid-level ridge, a typical feature of August across the southern plains, will not be returning for the foreseeable future. The upper pattern is transitioning and is expected to bring several systems near the region during the next few weeks.