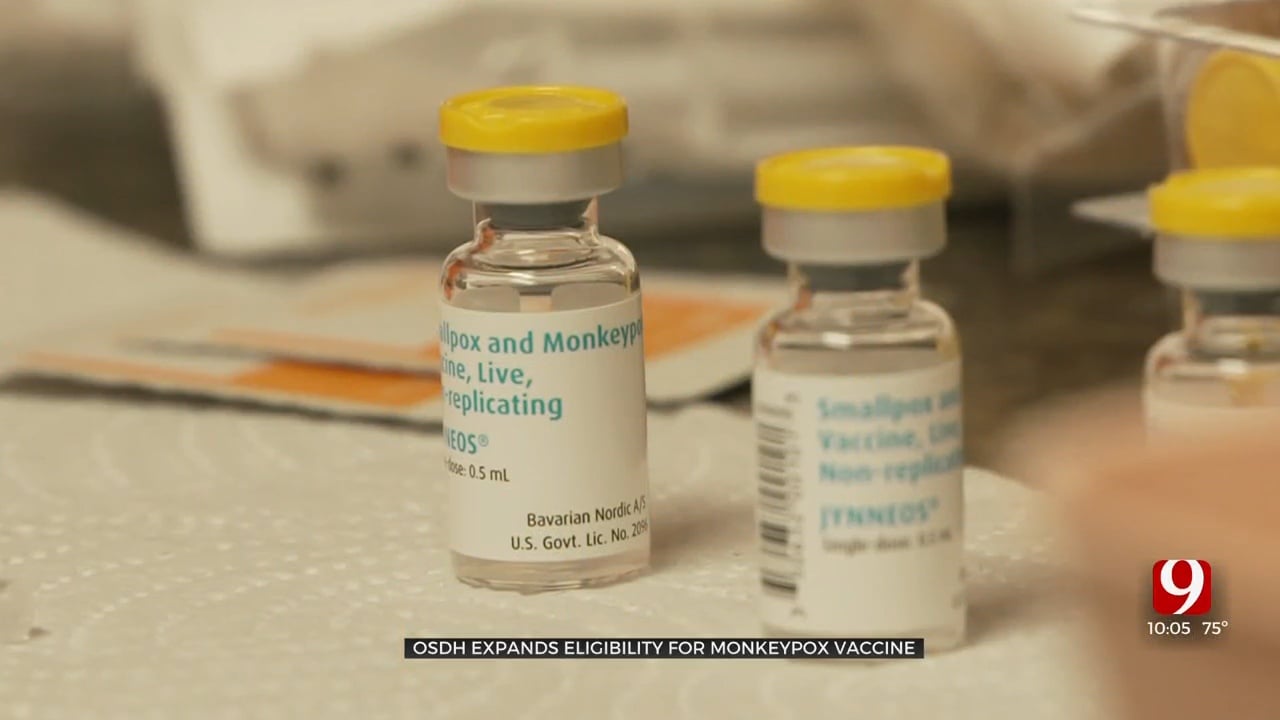 The Oklahoma State Department of Health is expanding its criteria for vaccinations against the Monkeypox virus starting next week.

Fifteen cases of the virus have been confirmed by OSDH, according to State Epidemiologist Jolianne Stone. More than 13,000 cases have been reported across the country.

The federal government declared a public health emergency related to the ongoing outbreak of the virus earlier this month.

For more information on Monkeypox from the Centers for Disease Control and Prevention, click here.

To date, the OSDH has vaccinated individuals exposed to confirmed cases of the virus.

Next week, the agency will expand eligibility to include “gay, bisexual, and other men who have sex with men, or transgender people,” who have been sexually active recently with multiple partners, or in areas where the virus is spreading at high levels.

“What we know about a current outbreak that is occurring is that many, but not all individuals in the current outbreak, have identified as being a part of this particular group,” Stone said.

Stone said the virus is not considered a sexually transmitted infection and is spread primarily through skin-to-skin contact.

“Anybody can get monkeypox. It's not necessarily in one particular group of individuals,” she said. “What we want to share is that anybody that's been exposed or come into close contact is potentially at risk.”

Vaccinations will be distributed at local county health departments throughout the state, similar to the initial stages of the COVID-19 vaccine rollout.

For more information on Monkeypox from the OSDH, click here.

Stone recommends contacting a local county health department to anyone with questions about the vaccine or its distribution.