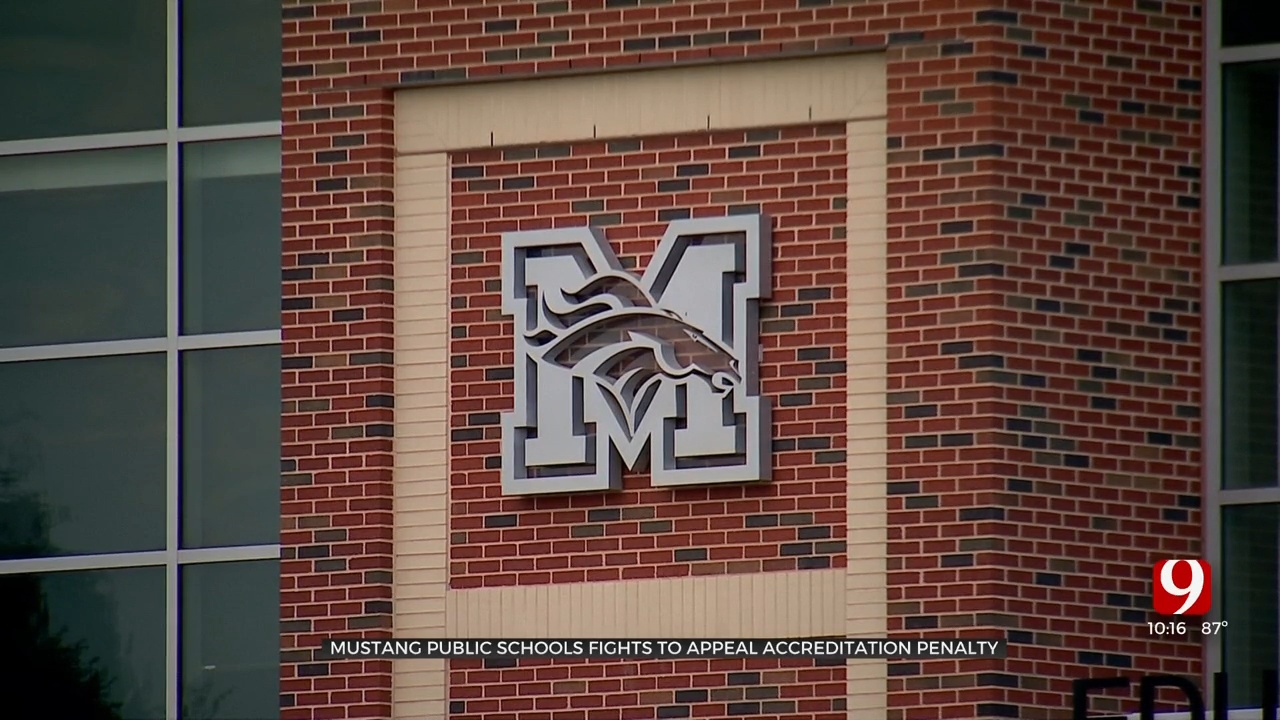 Nearly a month after a metro school district was penalized for violating House Bill 1775 their superintendent is fighting to bring up their accreditation.

The Superintendent for Mustang Public Schools wrote a letter to the State Board of Education asking them to reconsider their accreditation.

This follows a voluntary activity in a middle school classroom where students were asked to cross a line if they had felt discriminated against.

“An accreditation status is not something we take lightly it is a badge of honor, this is something we work hard for,” said Charles Bradley, the Superintendent for Mustang Public Schools.

Board members voted earlier this year 4-2 to lower the districts status to “accredited with warning.”

“To be downgraded, that is a slap in the face. That is not something that I can sit by and look at our teachers, staff, students and say, ‘it’s okay, we’ll get it back next year,’” said Bradley.

In the appeal letter to the Oklahoma State Board of Education, Bradley asked the board to reconsider the decision at their special board meeting or next regular meeting on August 25, 2022.

“There was a quick rush to judgement because the state school board voted on this then that means CRT is taught in Mustang. That is absolutely absurd,” he said.

The letter goes on to ask for clarity on the appeal process for a House Bill 1775 violation.

“At the very least, due process. Give us the ability to give you the facts so an informed decision can be made,” said the Superintendent.

He also asked for an opportunity to give context to the isolated incident that occurred back in January.

“We took care of it right then. Discontinued that lesson, it was one teacher, one classroom, one site. It was not anything across the district that every kid had to do,” he said.

The State Department of Education told News 9, “We have received the letter and the request is under review.”

Bradley encourages parents and staff to bring up any concerns with the State Board of Education ahead of their next meeting.