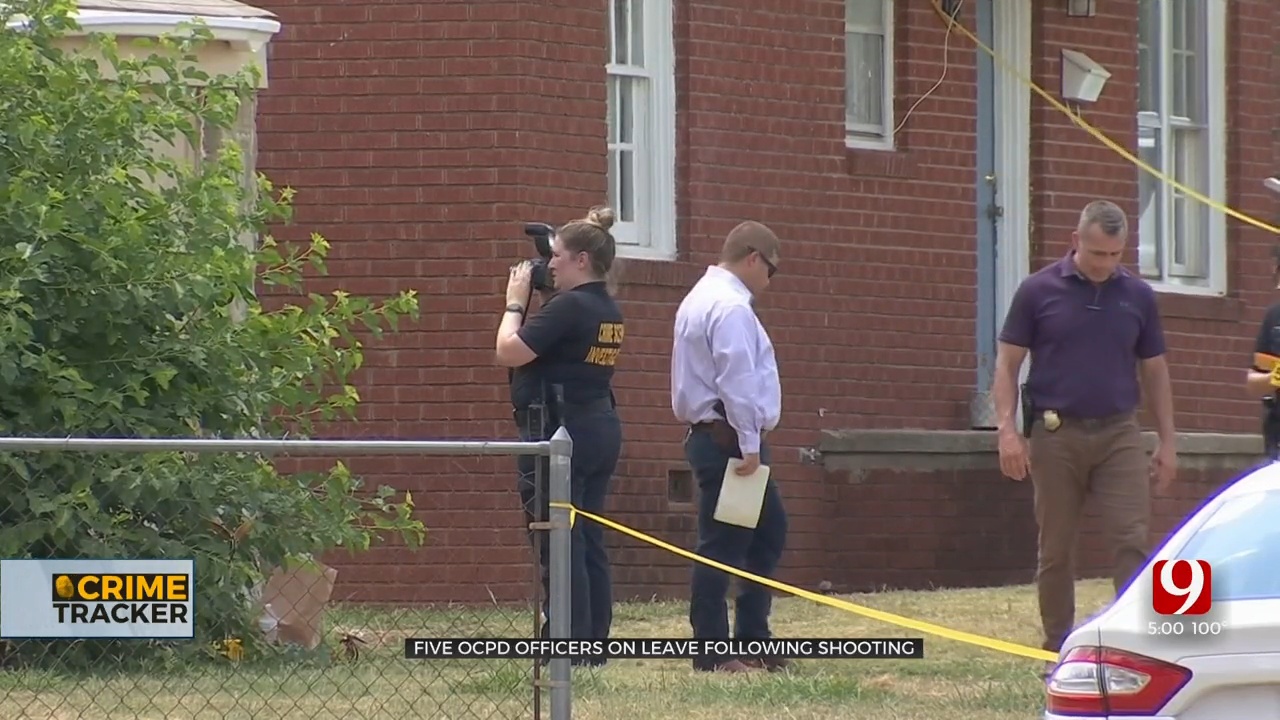 An unwelcome visitor reportedly armed with a knife and gun Saturday took a northeast Oklahoma City mother and her 13-year-old son hostage in their home.

A bizarre situation turned dangerous just after 1 a.m. when the residents of the home near Northeast 36th Street and North Kelley Avenue called 911 when Harris unexpectedly showed up and refused to leave.

When officers got to the home, they heard a gunshot and knew a woman and her 13-year-old boy were inside with Harris.

Police could hear the woman screaming for help. The commotion had neighbors on edge.

“I looked out my window and I could see the police sitting in my backyard,” a neighbor said.

Officers were dealing with a hostage situation and took tactical positions surrounding the home.

“Officers were trying to get, obviously, the female and child out of the house safely,” Oklahoma City Police Department Capt. Valerie Littlejohn said. “And make contact with the male.”

Harris eventually came out of the house. Police noted in court documents that the suspect pointed a pistol at officers.

“He presented a threat to officers who then discharged their firearms toward the suspect, hitting him,” Littlejohn said.

The neighbor said the gunshots were too close for comfort.

Once Harris was taken to the hospital and treated for a non-life threatening gunshot injury, investigators questioned all the witnesses.

One of them told police Harris showed up with a knife and gun. He allegedly threatened to kill them and cause a shootout if they called police.

“No officers were injured at the scene,” said Littlejohn.

Police said the hostages make it out of the home unharmed.

Harris was booked into the Oklahoma County Detention Center after he was released from the hospital.

Police will turn their investigation over to the Oklahoma County District Attorney’s office.

The DA will determine if the shooting was justified.