Over 100 Planes Fly In For Will Rogers, Wiley Post Remembrance Event 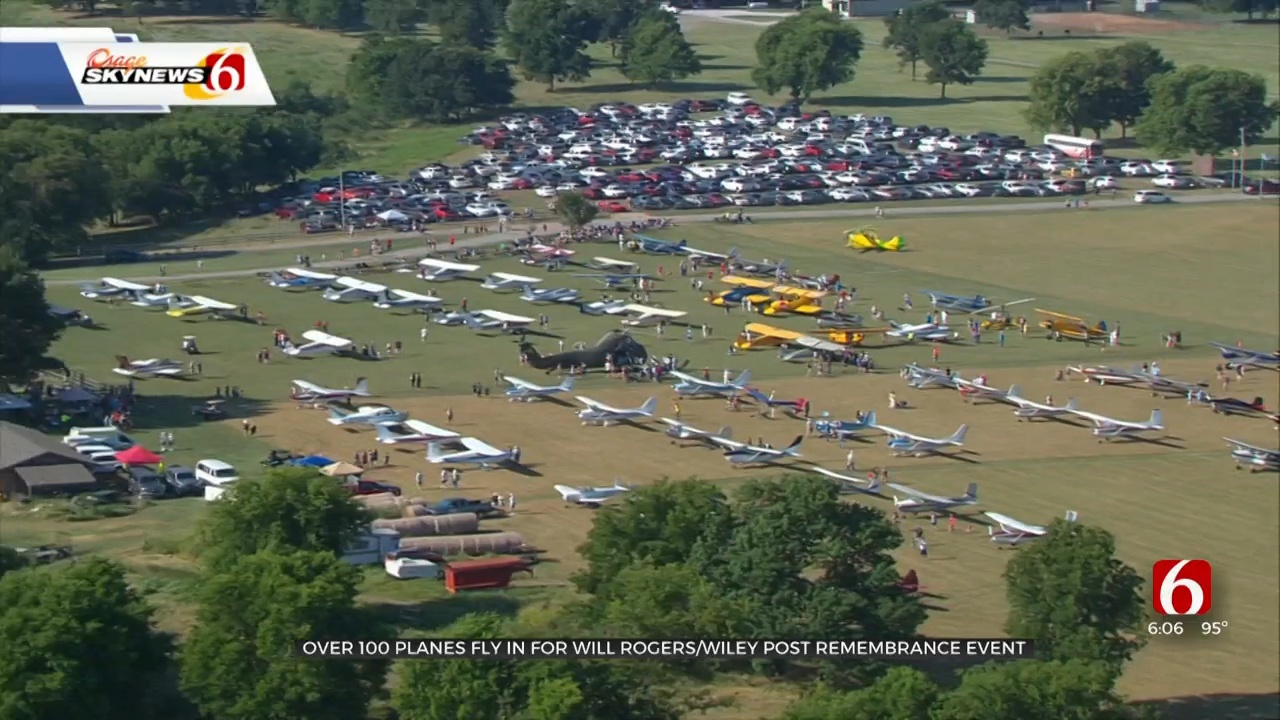 Dozens of people got up close and personal with more than 100 airplanes and their pilots at Oologah Lake Saturday.

Visitors set up lawn chairs to watch the planes fly in and land on the grass airstrip at the Will Rogers Birthplace Ranch in Rogers County.

The fly-ins are also to remember the anniversary of Will Rogers and Wiley Post's Alaska plane crash on August 15th, 1935.

Pilots say the event is a great way to show off their planes and get people to learn about aviation.

"It's great for the public, you got cars, you got trailers, you got everything here, so this is great, great turnout this year too," said Michael Schneider, pilot.

Some of the aircraft there included a combat helicopter that flew troops into and out of Vietnam and Oklahoma's own Osage SkyNews 6 helicopter.

Over 100 Planes Fly In For Will Rogers, Wiley Post Remembrance Event