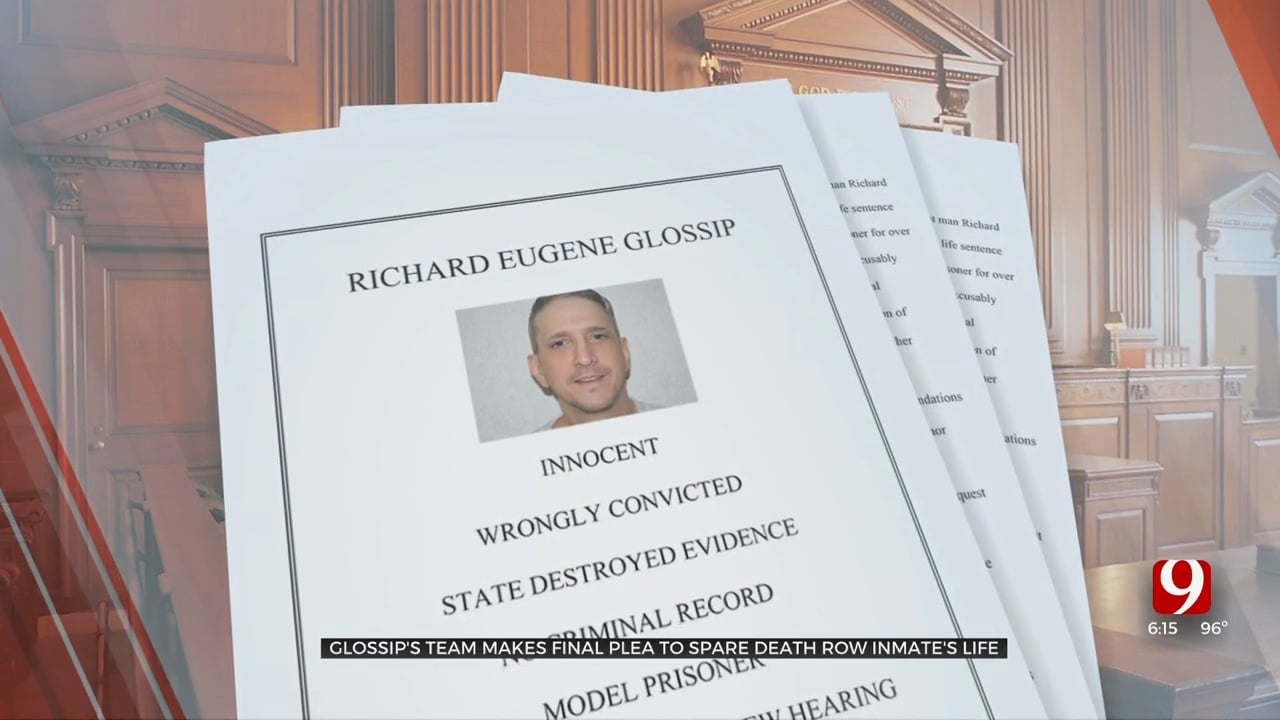 Friday, he submitted what could be the final plea for Glossip’s life.

The clemency petition submitted for review by the Pardon and Parole Board included a letter – newly discovered by the Reed Smith firm that worked on an independent investigation of Glossip’s case.

“It wouldn’t be something that’s subject to disclosure in the normal course of a case. We’re just glad it came out before he was executed,” said Knight.

The letter is written by Justin Sneed, the man whose witness statement largely condemned Glossip to death.

“His testimony is the only testimony that really mattered in this case to the jury,” said Knight.

Glossip was found guilty of murder in 1998, and again in 2004. He has nearly been executed – three times.

The Attorney General’s Office declined to comment on the new filings.

The Pardon and Parole Board will consider clemency for Glossip on August 23.

The Oklahoma Court of Criminal Appeals is considering a request for an evidentiary hearing, following the release of the Reed Smith independent investigation.