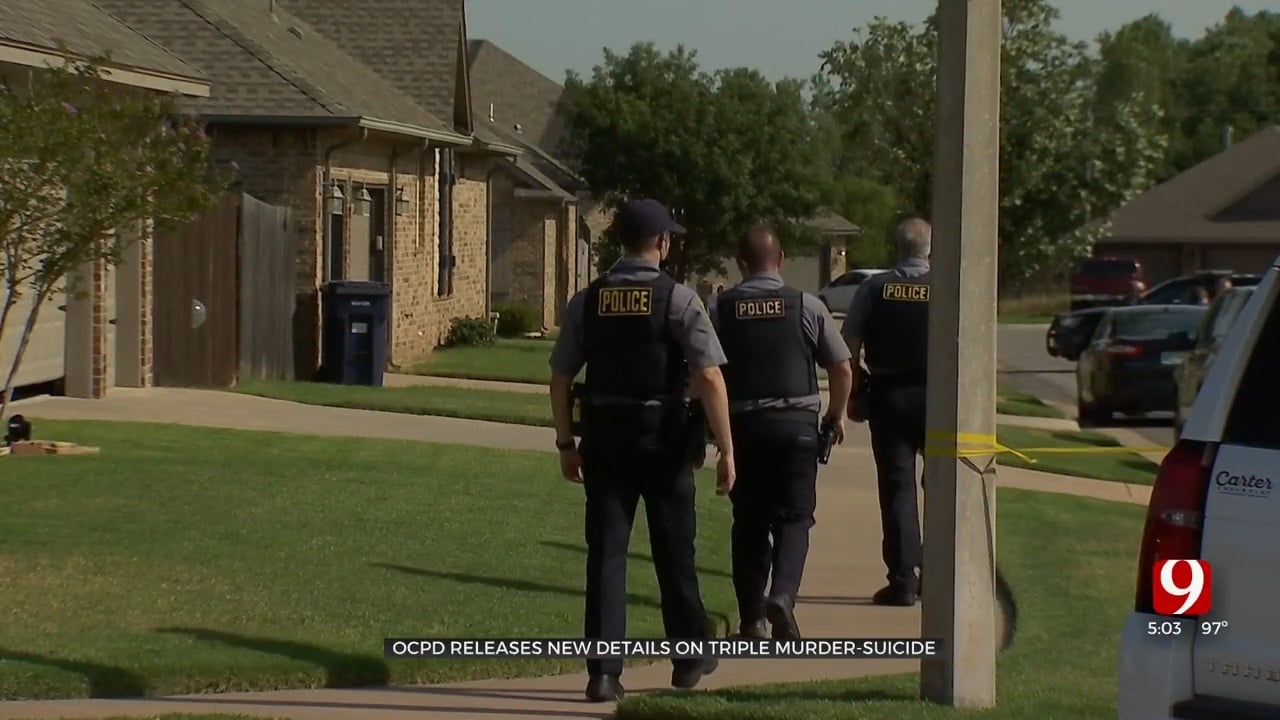 A northwest Oklahoma City neighborhood is in mourning after a gruesome discovery over the weekend.

A woman out on a dog walk found a car with four people dead inside. Three of the four people were children aged six and younger. Police said the children died at the hands of their father.

Stuffed animals now sit on the curb where the three children were found early Saturday morning.

"We stood out on our driveway and watched the tow truck take the white SUV away, and it just made me sick,” Terri, a neighbor who lives a few houses down from where the car was found, said. “It made me want to cry, knowing what had happened in there.”

Neighbors and mothers said their hearts are in pain for the mother who learned all three of her children were killed by their father, 29-year-old Francoise Littlejohn.

"All I can think about is the mom, what she might be going through,” Amber, who also lives on the block, said. “It's hard. I have a child of my own, couldn't imagine losing one let alone all three at once.”

Oklahoma City police said Littlejohn, the three children and their mom all lived together.

Authorities said the mom was not home when Littlejohn left with the children. It's not clear where she was at the time.

Police were called after Littlejohn went on Facebook Live and made threats to kill himself and the kids.

"We received a 911 call in regards to (sic) this at 4:14 that (Saturday) morning,” Oklahoma City Police Department Master Sergeant Gary Knight said.

OCPD immediately sent officers and sent the helicopter up for a bird's-eye view near Northwest 112th Street and Treemont Lane.

Police said they were in process of sending an Amber Alert out.

"From look at surveillance cameras, the vehicle the man was driving pulled up into a neighborhood and parked at 4:11 a.m.,” Knight said. “This would have been about three minutes before police were notified. Sadly, he executed the three children he had in his car. His own children, then turned the gun on himself."

"The officers and detectives, they just looked more heartbroken than anything," said Terri.

"As shocking as it is for someone to hear something like that, it's even worse to actually open the door and bear witness to that scene and actually see with your own two eyes what's happening," Knight said.

Police said they still don't know what led up to the murder-suicide. They said Littlejohn didn't have anything in his history that showed he was capable of this level of violence.