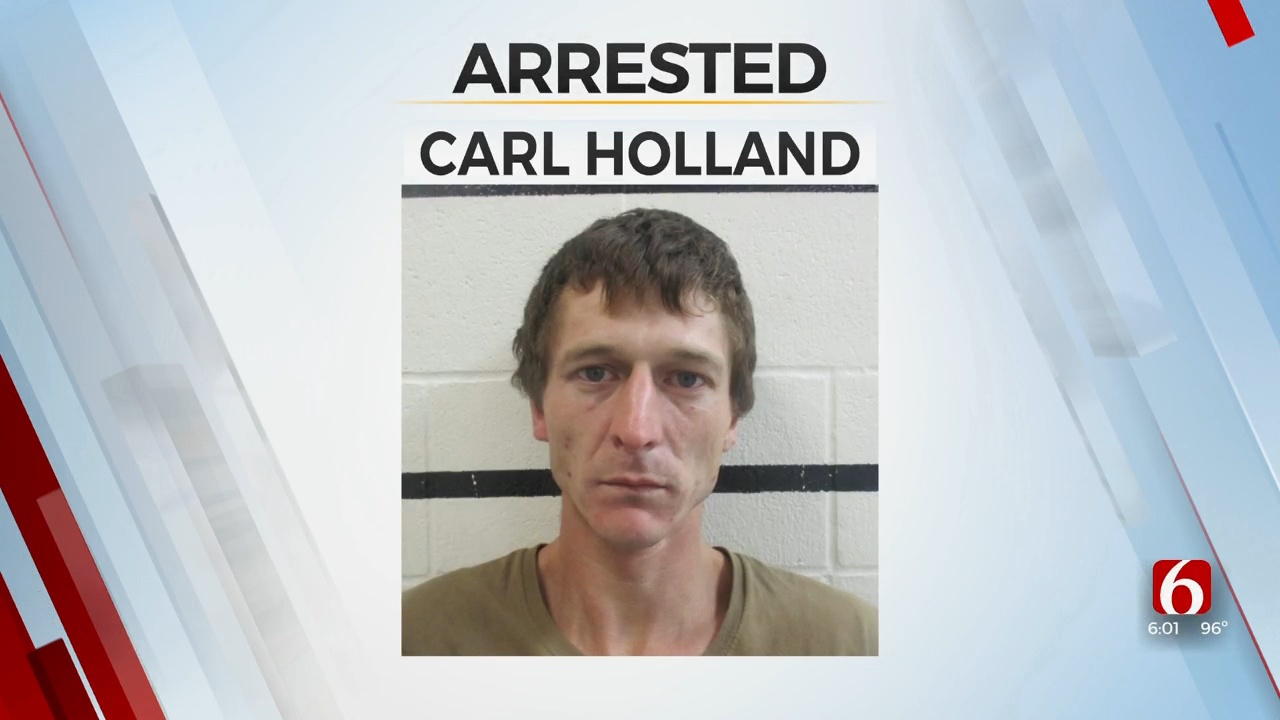 Authorities have arrested a man in connection to a burglary that happened at a McAlester gun shop.

The incident happened on July 29, 2022 at McAlester Tactical Supply.

Authorities said a man entered the sales floor from a rear supply closet and stole an undetermined amount of firearms.

After the suspect left through the same supply closet, a fire started, according to authorities.

Authorities investigated into the case, and they set up a tip line and award to find the suspect, Carl Ray Holland.

During the investigation, agents learned that Holland had been convicted of several felonies and was on probation.

The Bureau of Alcohol, Tobacco, Firearms and Explosives (ATF) were able to locate Holland through his probation officer.

ATF agents found multiple firearms in the freezer section of a refrigerator inside his home, detained the suspect and secured the residence.

Holland confessed that the firearms found were from the gun shop where the burglary took place, but he said they were "forced on him," according to agents on the case.

Holland stated that other individuals were the ones that robbed the shop and had possession of the remaining firearms, according to authorities.

Authorities arrested Holland on the complaint of a felony in possession of a firearm.