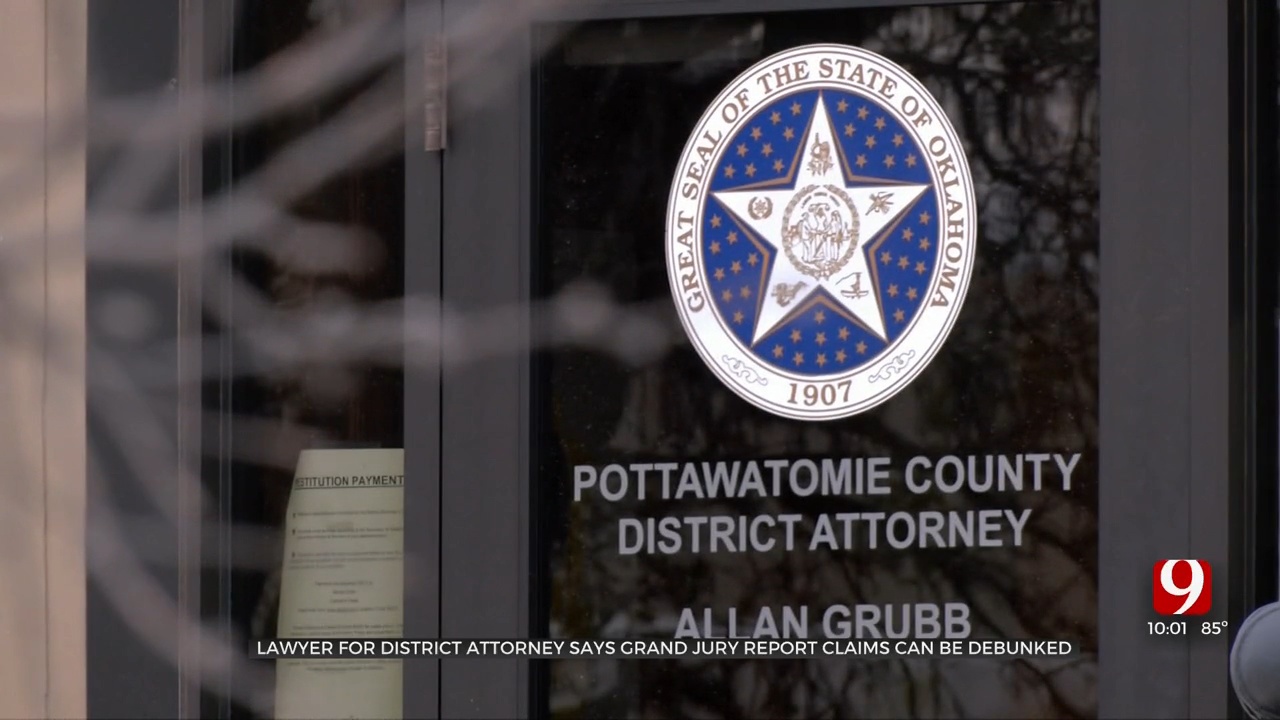 “He's mad, he's defiant, and he's ready to speak and he wants to be heard in court,” said Robert Gifford, Grubb’s attorney.

The Oklahoma Multicounty Grand Jury released a “accusation for removal” against Grubb, who is the prosecutor for Pottawatomie and Lincoln Counties. The report alleged Grubb violated the rights of crime victims in several cases, inappropriately used monetary deals with suspects, abused his office powers, and made sexual comments to his employees during his first four-year term.

Gifford said Grubb “is going to hold the state accountable for each and every allegation that they've raised and make them prove their case.

“A grand jury is only told certain things. They don't get to see the other side of it. As Paul Harvey used to always say, ‘now for the rest of the story.’”

Grand jurors wrote Grubb “should be removed from public office.” Grubb is not facing a criminal charge but will opt to challenge the allegations in the report in a jury trial. A judge will assign an attorney to lead the prosecution and a unanimous verdict will be required to oust Grubb from office.

Grubb lost his bid for reelection last month and is set to leave the office in January.  One reason Grubb why wants to challenge the grand jury report, despite only five months remaining in his term, is to preserve his reputation, Gifford said.

“If Mr. Grubb stands up for this and takes it to trial and shows the truth, shows the facts, shows both sides of the story, and he's not removed from office, what does the public think about Mr. Grubb as he moves into the world of private practice? That he stood up and did the right thing,” Gifford said.

The future of the district attorney’s office after Grubb remains unclear.

A spokesperson for Stitt’s office said they do not have a timeline for Stitt’s appointment.