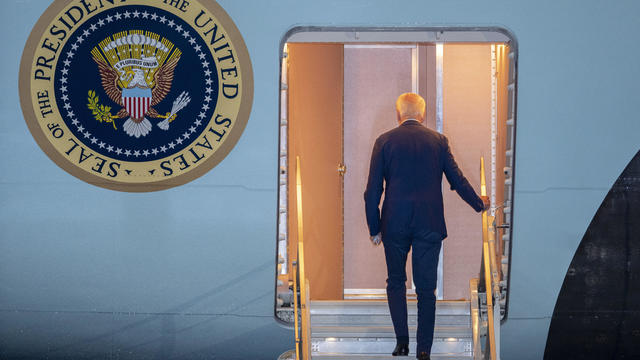 A member of the U.S. Secret Service returned to the United States from Israel on Monday after he was allegedly involved in a "physical encounter" in Jerusalem and briefly detained by Israeli police, the agency said.

A Secret Service spokesman said in a statement to CBS News that the agency was informed of the encounter late Monday, and the agent, who was working in Israel, was "briefly detained and questioned by Israeli police, who released him without charges."

"The employee has returned to the United States," the spokesman said. "In accordance with agency protocol, his access to Secret Service systems and facilities was suspended pending further investigation."

The incident came as President Biden was set to arrive in Tel Aviv as part of a four-day trip to the Middle East, his first visit to the region since becoming president. In addition to a stop in Israel, Mr. Biden will also visit the West Bank and Saudi Arabia.

It's also not the first time a Secret Service agent has been sent back to the U.S. ahead of a presidential trip overseas. In May, two Secret Service employees were sent home from Seoul, South Korea, and placed on administrative leave following an off-duty incident in which one of members got into a physical "altercation" with a local taxi driver.

Local police investigated the incident, and no one was detained or charged. The Secret Service members left for the U.S. less than an hour and a half before Mr. Biden was set to arrive in South Korea as part of a five-day swing through Asia.