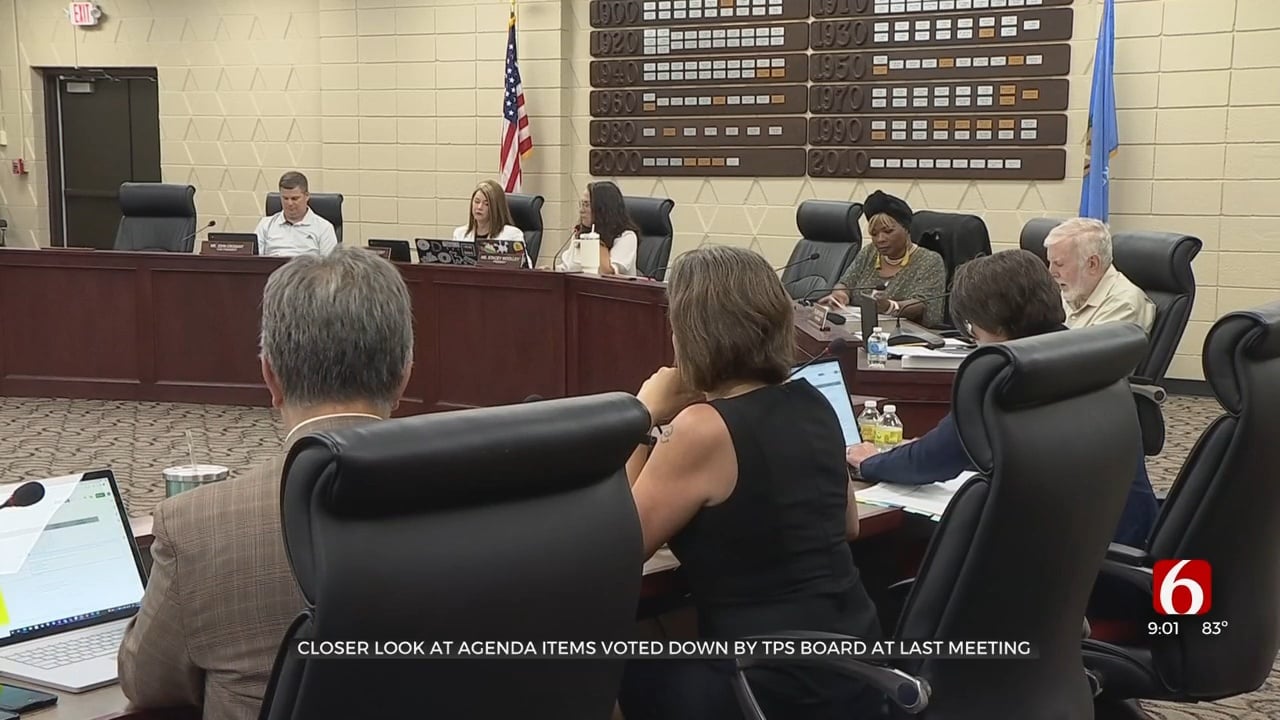 After a tense school board meeting Monday night, parents want to know if there will be enough money for the district to pay its bills.

On Monday, the school board voted down key finance items on the agenda.

Some parents said they're furious and see this as a moment where political divisions are keeping the board members from seeing eye to eye.

Heather Hope-Hernandez has a seventh-grade daughter in the district. She doesn't see the logic in last night's vote that shut down critical funding.

Board member Dr. Jerry Griffin was one of three members who voted it down. Two board members voted no on everything, but he was selective for a reason.

Board President Stacey Woolley indicated that's something that could change, so long as students and not politics drive the conversation.

Heather's daughter Margaret hopes the board remembers that.

This won't be the last time these issues are debated. Many of the key items voted down will be back on the board's agenda for an upcoming Thursday meeting.