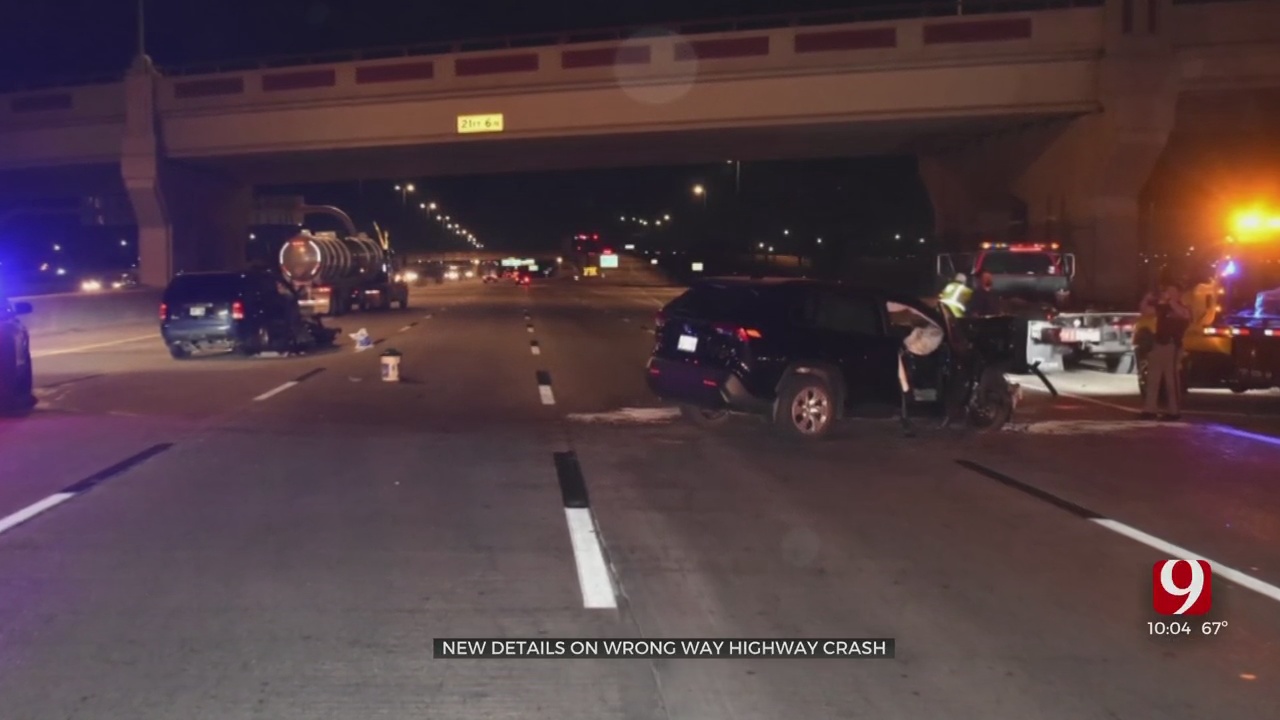 A woman is hospitalized in critical condition following a head-on collision on I-40 near Shields Blvd.

According to OHP, a drunk driver is responsible for the wrong way collision and was arrested Friday night.

According to OHP, Geraldine Azofeifa had too much to drink, when she got behind the wheel of her vehicle and hit another driver.

“You'll never hear us say it was an accident. We don't believe that. We believe people made a choice and because of that choice there is a consequence,” said Oklahoma Highway Patrol Trooper Eric Foster.

According to reports, that choice nearly cost a seventy-year-old woman her life.

According to court records, Friday night, Geraldine Azofeifa, 24, and a passenger were traveling the wrong way in a blue SUV on I-40. Witnesses alerted OHP, but it was too late.

“While they were taking that call a crash occurred,” said Foster.

Azofeifa told troopers she attended a going away party that night, but "only drank one alcoholic beverage."

“She made a lot of different statements that led troopers top believe that there was intoxication involved,” said Foster.

A breathalyzer test also showed Azofeifa was well over the limit to drive.

“Someone who is just driving on the interstate, going from point A to point B, should not have to worry about someone driving at a high rate of speed, going the wrong way ,” said Foster.

Azofeifa was charged with DUI resulting in great bodily injury.