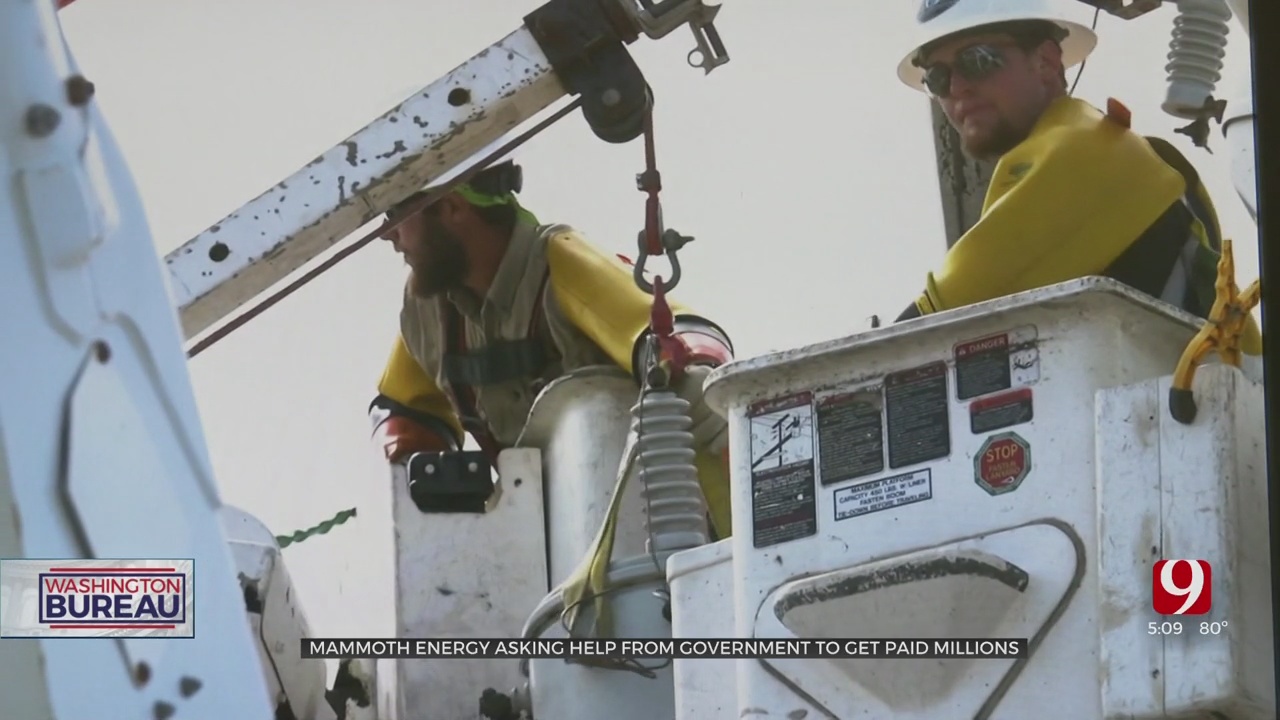 Oklahoma City-based Mammoth Energy is appealing to the federal government for help in getting paid more than $300 million.

This is owed for the extensive work it did in rebuilding Puerto Rico's electric grid in the aftermath of Hurricane Maria, which devastated the island in September 2017.

The money is owed by the Puerto Rico Electric Power Authority (PREPA) which contracted with Mammoth for more than $1.8 billion in restoration and reconstruction work.

Straehla says, at the time of that last payment. Mammoth was still owed $227 million, and interest has been accruing, at a rate of $3 million per month since, bringing the current total PREPA owes to $340 million.

PREPA declared bankruptcy in July 2017, two months before the hurricane, which meant its contracts with vendors like Mammoth obtained several levels of approval.

"We were actually a post-bankruptcy creditor," acknowledged Straehla, "which gives us administrative rights. We know we'll get paid, it’s a matter of when we get paid."

Straehla says the fact that they haven't been fully paid yet has had negative implications for the company.

The CEO says when they finished their work in Puerto Rico in the spring of 2019, the company had 2,400 workers, On the day of the interview, he said the number was 842.

"To lay it all on Puerto Rico would not be the right thing," Straehla said, admitting the company's bottom line was also hurt by the pandemic. "Has [not getting paid for Puerto Rico] been a significant factor? Yes, and it’s damaged our Oklahoma team."

With the Commonwealth of Puerto Rico as a whole facing a massive debt crisis, Congress created the Federal Oversight and Management Board for Puerto Rico (FOMB) in 2016.

It was tasked with overseeing the restructuring of Puerto Rico‘s debt, as well as the debt of its instrumentalities, one of which is PREPA.

Straehla and the executive team at Mammoth have recently found an ally at FOMB in board member Justin Peterson, a native Nebraskan who has been appalled at PREPA's lack of responsiveness to Mammoth.

"How is this happening?" Peterson asked rhetorically in a Zoom interview last week. "It’s unfortunate but very simple: Puerto Rico and its instrumentalities, of which PREPA is one, has used the bankruptcy process to shield any responsibility that it has to pay creditors."

But Peterson, who was appointed to FOMB by then-President Trump in 2020, is trying to remove that shield and see that Mammoth and the hundreds of others that are still owed money get paid, sooner rather than later.

"The Board can’t force PREPA to do anything," Peterson explained, "but we do have some ability to provide input."