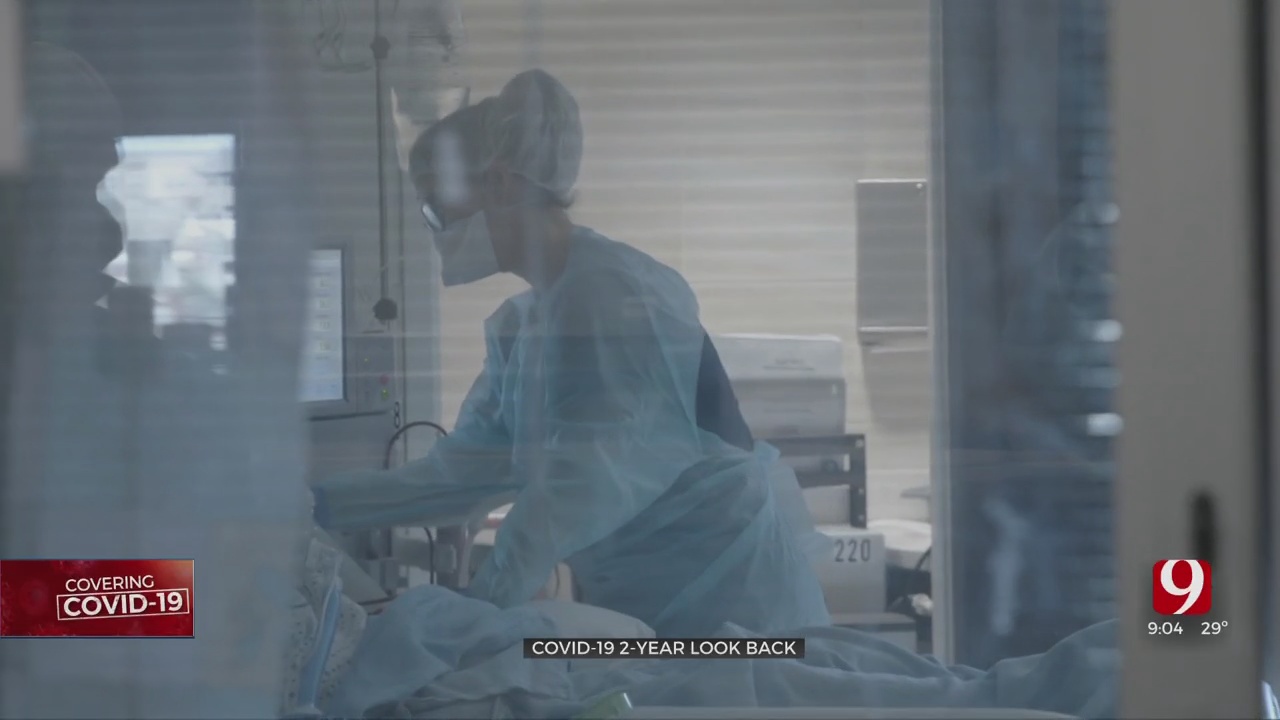 Sunday marked the two year anniversary of the first confirmed case of COVID-19 in Oklahoma.

News 9’s Tevis Hillis took a look back at what this past year has done to our state.

“A mathematician might look at the data and say, wow, they look similar. We have had several peaks, and they have come and gone,” said Dr. David Kendrick with the Healthier Oklahoma Coalition.

A pivotal part of fighting this virus has been the vaccine rollout of Pfizer, Moderna and Johnson and Johnson, which were quickly put into the arms of Oklahomans who wanted it.

The state ranked top 10 in the nation for the sheer number of vaccines given for a while.

In the spring of 2021, the vaccine gave many peace of mind until summer, when the delta variant swept through.

“It’s a surprise we have a new virus and learned how it changed and behaved in different age groups,” said Dr. Kendrick.

This variant took a toll on a younger age group, sending children to the ICU. The variant calmed down right before the holidays though, allowing Oklahomans to celebrate in a normal way, hopefully.

“The public has developed a severe fatigue about this illness and really wish to move on, but that wish might not be yet granted,” said Dr. Stan Schwartz with the Healthier Oklahoma Coalition.

And we had the highly-contagious omicron variant affect those vaccinated and unvaccinated.

“If the first wave would’ve been the omicron system, I think that would’ve crushed us,” said Dr. David Chansolme with the Healthier Oklahoma Coalition.

But as the doctors say, we were prepared for the Super Bowl of all outbreaks.

Now, as they say, we stand in a better position.

They see the next endemic phase is in sight for the state soon.