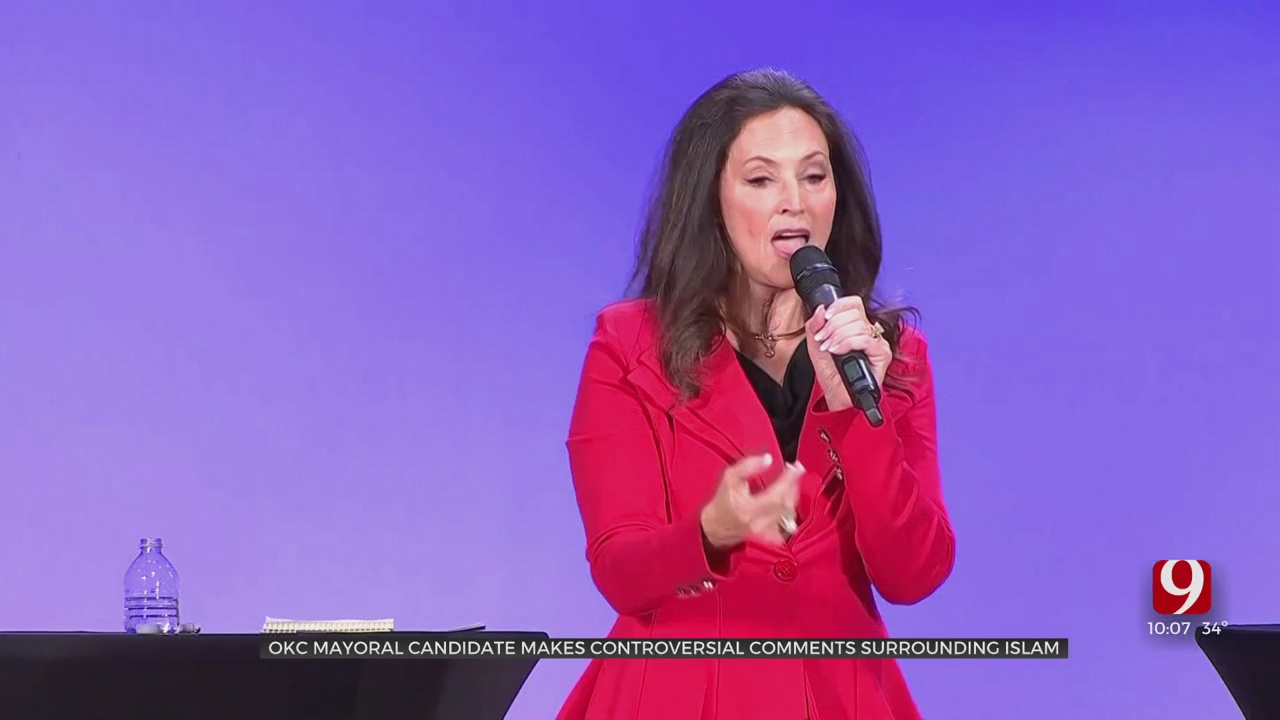 An Oklahoma City Mayoral Candidate is at the center of controversy after defending past comments towards the Muslim community.

Tuesday night during a debate Carol Hefner said that Islam should be eradicated from our world. Leaders within the community said not only are these comments hurtful but they are dangerous.

“You previously called Islam an evil culture and not a religion,” said Moderator and News 9 Reporter Storme Jones during the debate.

“I don’t know personally how I am going to get rid of it but I would like to have those conversations,” Hefner said.

Hefner brought up Islam when asked to address previous comments made towards Muslims.

“It’s insipid. It should be eradicated from our culture, from our world (and) unfortunately it has been here since the beginning of time,” she said.

The state of Oklahoma is home to more than 30,000 Muslims.

“Whether it is our food pantries that assist Oklahomans of all faiths and all cultures, our free medical clinics or whether it is getting out and volunteering with other organizations, we care about our city as much as anyone and everyone else,” said Adam Soltani, the Executive Director for Cair-OK.

CAIR-OK and the Islamic Society of Greater Oklahoma City concerned following the comments.

“Hate has a ripple effect and anytime anyone in a position of power or influence says something negative against the Muslim community we always brace ourselves and get concerned about hate and violence that has historically targeted our community,” said Soltani.

“You don’t expect this from somebody that is going to be the mayor of a very diverse, multicultural, multiracial, multiethnic community,” said Enchassi.

Both said they have reached out to Hefner multiple times.

“Somebody who is running to be the mayor of the largest city in our state should have the decency to sit down and speak to people. Especially and in particular when she has said things that offend the community,” said Soltani.

News 9 has also reached out to Hefner’s campaign about the comments.