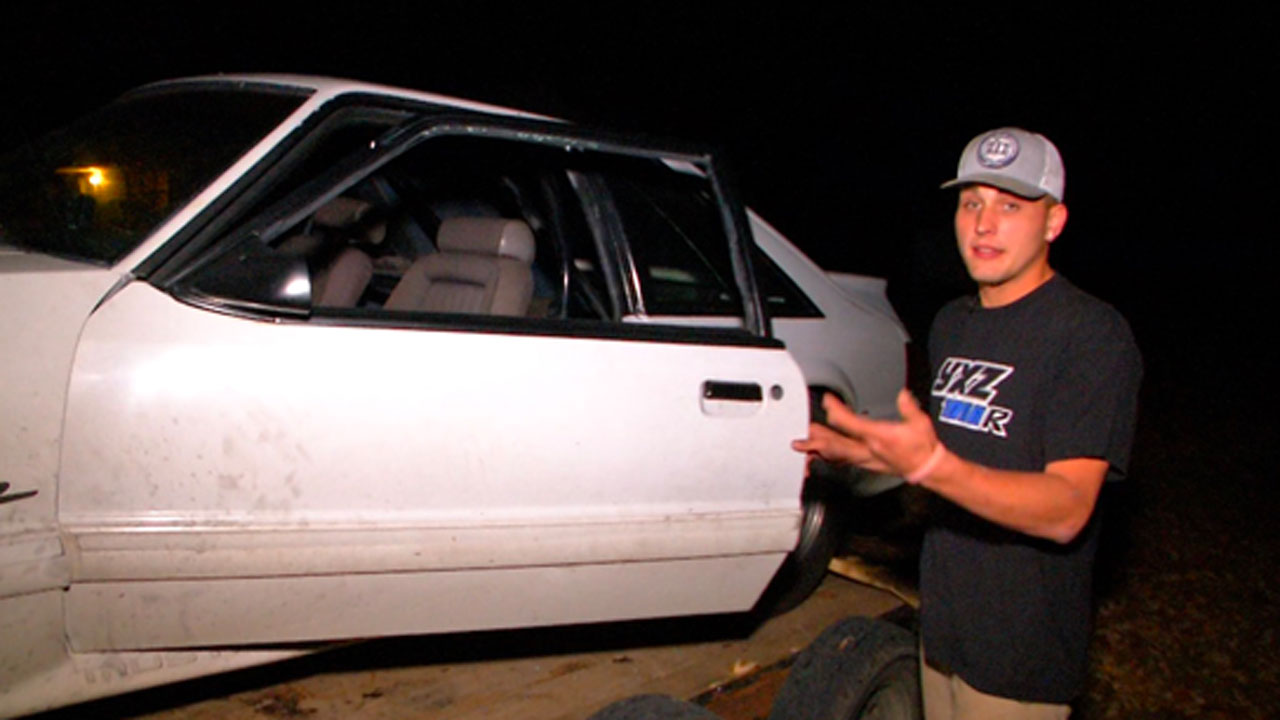 Suspect Says He Is Thankful After A Deputy Arrested Him

An Earlsboro man accused of street racing is arrested after leading deputies on a high-speed chase late Tuesday night.

The Pottawatomie County Sheriff Office says a deputy was conducting a traffic stop when a driver sped past.

“The vehicle passed him at such a high rate of speed that it altered the audio on his bodycam whenever it went by,” said Lt. Jared Strand.

When the deputy attempted to catch up to the driver of a 1991 Ford Mustang and conduct a traffic stop, the suspect sped off. According to deputies’ speeds reached over 100m.p.h.

The chase ended when the suspect’s engine gave out. Deputies say they had to break the driver’s window to get the suspect out.

“You don’t know what’s going on,” said Strand. “You don’t know if they just committed a serious crime and they are running because of that or if they have a firearm in the car.”

Stone tells News 9 he eluded deputies because he does not have a driver's license.

After bonding out of jail, Strand says Stone reached out to the deputy involved in his arrest via Facebook to thank him.

“I said ‘hey, you’re one bad day cop. I wish there was more out there like you,’” said Stone. “I sent him a friend request; he still hasn’t accepted it.”

“He liked doing his job, you could tell,” Stone told News 9. “You could tell that he was actually there for helping people and trying to make people better. He was actually a very cool cop, the best cop I’ve ever been in an encounter with.”

Stone says he is accepting responsibility for his actions, actions he’ll likely be facing criminal charges for.

“I was in the wrong, I knew I was,” said Stone. “You can’t be mad at something you did and you caused yourself.”

“I think this is proof that not every encounter with law enforcement is bad,” said Strand. “You can have a good encounter with somebody and still be able to enforce the law and treat them like a human being.”