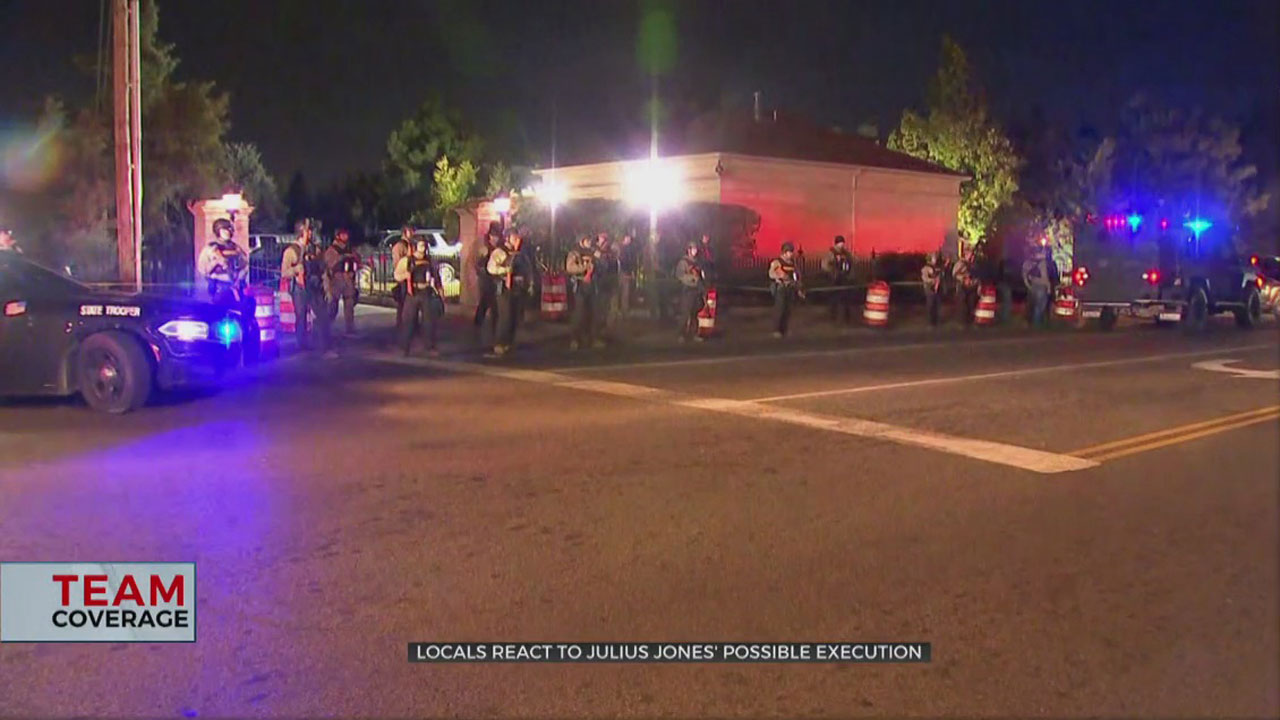 Protests outside the governor’s mansion are expected to start back up at 8 a.m. Thursday with activists calling for the governor to grant Julius Jones clemency.

Scobey confirmed on Facebook that he was in the Oklahoma County Jail for four hours before being released.

The Facebook post said he was charged with “Obstruction and remaining in an area after being ordered to leave.”

Up the street, OHP is increasing security at the State Capitol ahead of a special session and potential protests.

The capitol will be open Thursday as normal, but house offices are planning to close at noon.