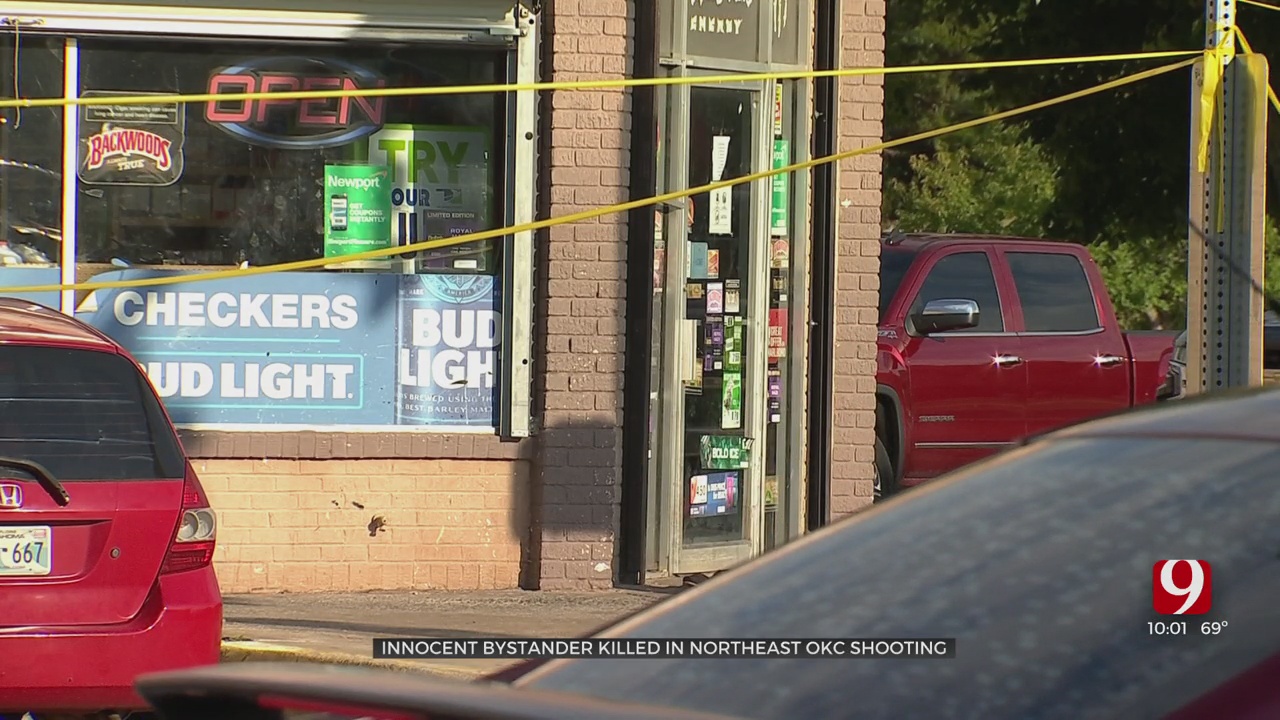 Police say a woman caught in the wrong place at the wrong time is killed in Northeast Oklahoma City. Investigators are now looking for the suspects.

The shooting happened yesterday afternoon just before 5 p.m. Police were told the shots had been fired outside this store near NE 13th and Lottie.

"When they got there, there was an adult female who had been shot in the face at the scene," Sgt. Rob Robertson, with Oklahoma City Police, said.

She was immediately taken to a local hospital where she later died. Investigators say it started when two men began shooting at one another near the store and that’s when the woman was hit.

"She was, unfortunately, an innocent bystander that got caught in the crossfire," said Robertson.

One woman says she lives just across the street and heard the shots ring out.

"I didn’t go to the door, I didn’t come outside," said Jonson. "I was still looking around."

No arrests have been made so far, police say they’ve talked to witnesses at the scene and are checking any surveillance video that may be in the area. Investigators are still unsure why the two men began shooting. Officers also have no suspect description.

The woman who passed away has not been identified yet. If you have any information on this case, you’re asked to call Crime Stoppers.