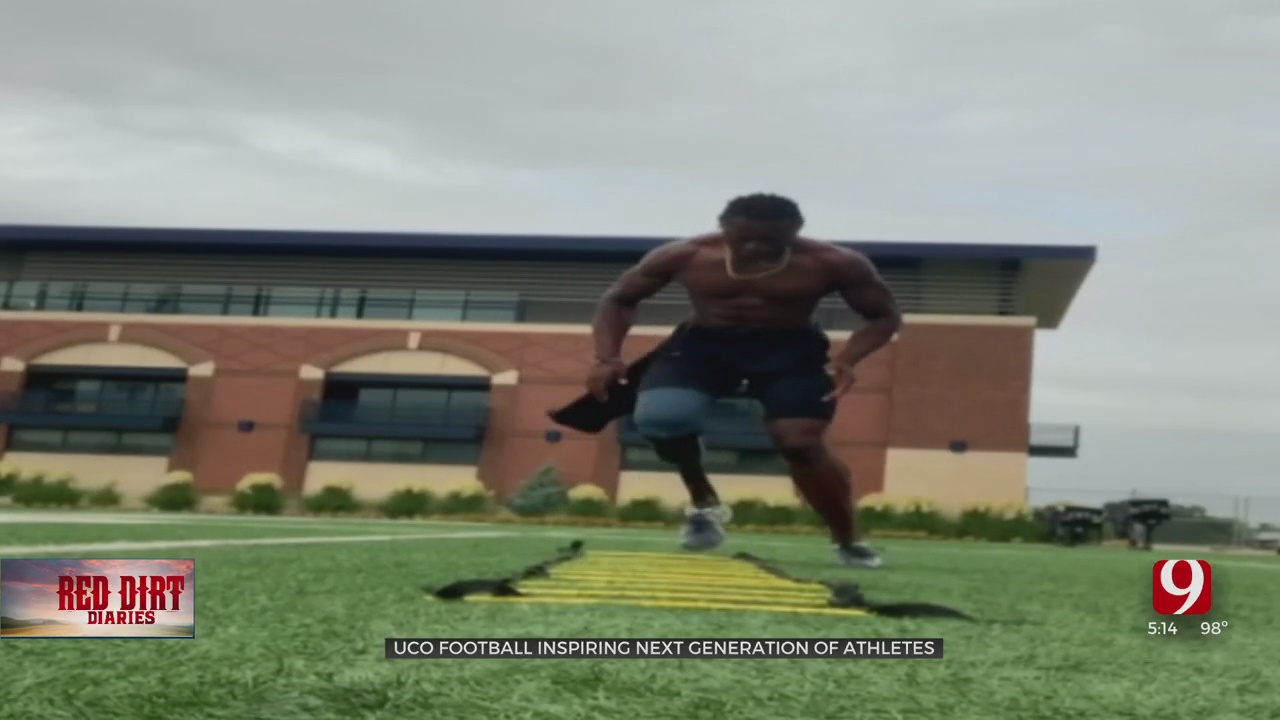 A football player from the University of Central Oklahoma made a remarkable comeback after a horrifying accident in 2018.

Derek Loccident lost his left leg in a train accident in Bricktown.

“I was going between cargos and the train started on me and I wasn’t able to get my left leg out,” said Loccident.

Loccident is now a senior at UCO.

Physically, Loccident wasn’t the same. Emotionally, he was shattered, and he thought his college football career was over.

“Always thought about it, but I didn't visualize it. It took a long time to get over that stage and believe in myself,” said Loccident.

Teammates encouraged the comeback especially after seeing how fast Loccident got with his prosthetic leg.

The former Westmoore Jaguar started recording himself, perfecting his techniques, and relearning the game he loves.

“I’ve had to put myself through a lot pain, honestly, just to be around my teammates,” said Loccident.

His prothesis is covered with a pool noodle and tape for practice and games.

On Thursday, Loccdient played in his first game since the 2018 accident.

“We have some our young patients here tonight to see the abilities of people with disabilities, with limb loss. They can achieve their goals,” said Randy Titony.

Titony works with Scott Sabolich Prosthetics which made Loccident’s leg.

Loccident transitioned from safety to linebacker.

His position off the field has now changed with teammates.

“It turned into me being a leader and being able to play a significant role on the team. Now, it’s turning into something more than I expected,” said Loccident.

Loccident is a criminal justice major and said he wants to go into law enforcement after he graduates.