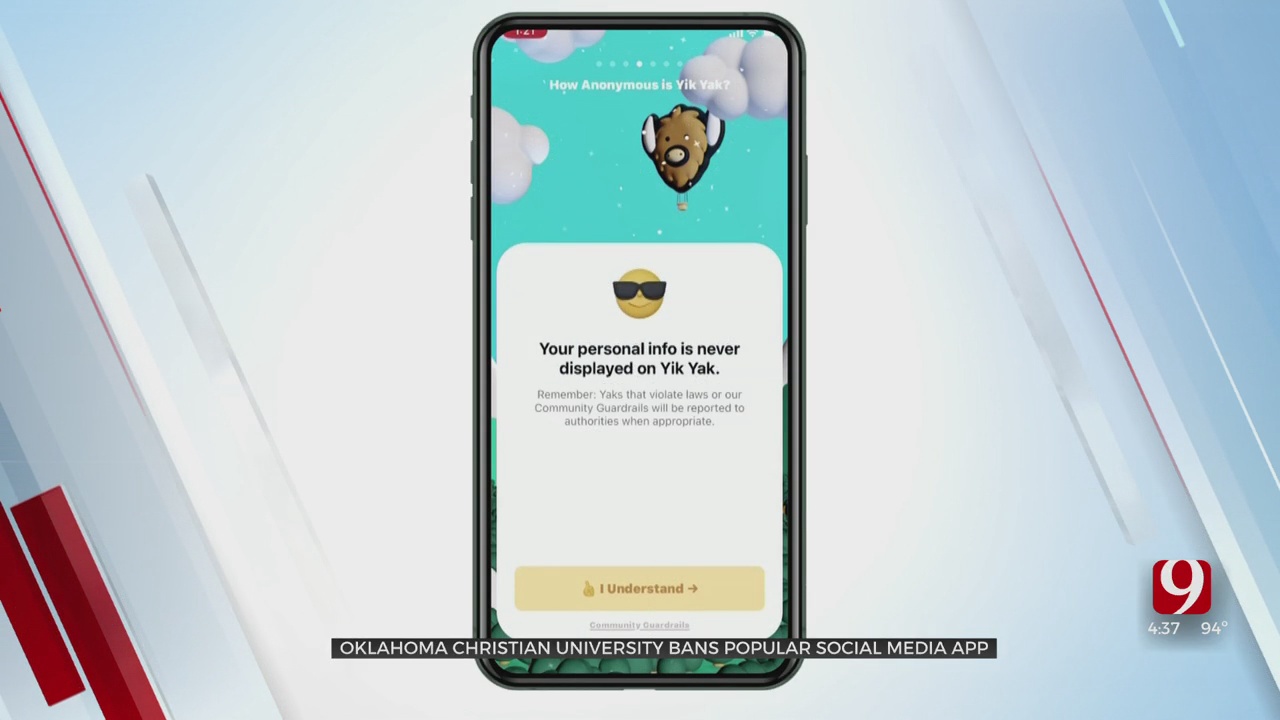 Oklahoma Christian University is banning Yik Yak from its campus and cited cyberbullying as the main reason.

Yik Yak is a social media app that acts as an anonymous forum for users within a five-mile radius. College students can share messages and thoughts without having their name attached.

It became defunct four years ago due to complaints of “inappropriate and illegal content."

Neil Arter, Dean of Student Life at OC, sent this statement to the campus:

“Once again OC finds itself in a time where a social media app brings out the worst in people. Almost 7 years ago I sent an email to the campus notifying them of the inappropriateness of the social media app Yik Yak when used to hurt others.

"So again today I will remind the campus community again that the Yik Yak website and app does not meet the acceptable use policy for technology at Oklahoma Christian University. While we fully understand that students can utilize their own data to access the app, we believe it is important that you know that no university resources are to be used to access such inappropriate and potentially illegal content.”

But students are still finding a way to use it and continue to spread hurtful messages.

Arter said he is disappointed with the language being used on Yik Yak but that it was essential to have this policy.

"I'll believe it when I see it,” Arter said. “I don't know how they're actually going to do that."