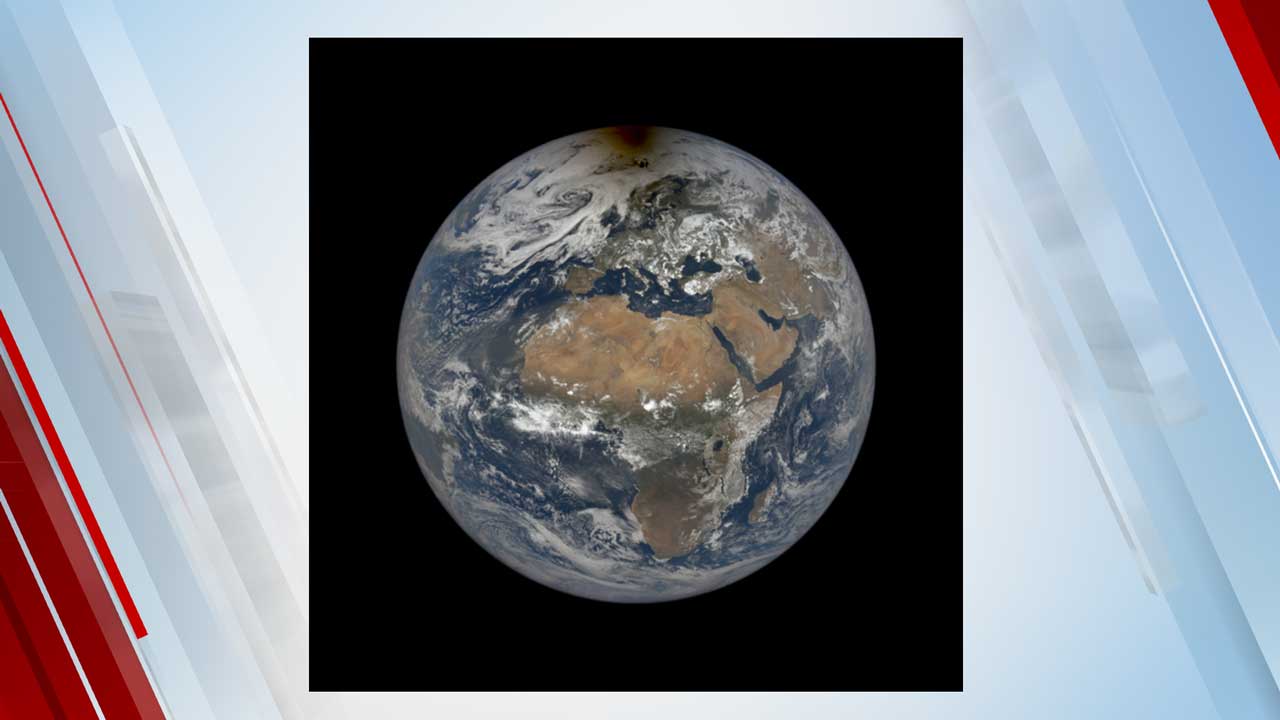 It may look like a smudge on your screen, but the latest image released by NASA of our blue marble actually captures the moon's shadow during the most recent solar eclipse.

The image, taken on June 10 and released by NASA on Wednesday, shows a blurry, dark brown spot over the Arctic. The spot represents the shadow cast by the moon during the eclipse.

The "epic" photograph was taken by NASA's Earth Polychromatic Imaging Camera (EPIC), a camera and telescope aboard NOAA's Deep Space Climate Observatory Satellite that snaps more than a dozen photos each day. The satellite orbits the L1 Lagrange point, a point of gravitational balance between Earth and the sun, which is nearly one million miles away.

The high-quality images of Earth taken by the camera are used by scientists to monitor a number of activities on our planet, including vegetation, cloud height, wildfire smoke and ozone. But in rare instances, it also captures spectacular views of eclipses.

"Taking images of the sunlit half of Earth from a distance four times further than the Moon's orbit never ceases to provide surprises, like occasionally the moon getting in our field of view, or the moon casting shadow on Earth," said Dr. Adam Szabo, the NASA Project Scientist of DSCOVR.

A total solar eclipse occurs when the moon passes directly between the Earth and the sun, completely blocking the sun's light. During an annular solar eclipse, the moon does not completely cover the sun as it passes, leaving a glowing ring of sunlight visible.

Last month, eager skywatchers in Canada, Greenland and Russia had the opportunity to witness a full annular eclipse. Parts of the Caribbean, Asia, Europe, the U.S. and Africa experienced a partial solar eclipse, which appeared as a magnificent red-orange crescent shape, known as a "ring of fire."

"EPIC didn't have too bad a view, either," NASA said.