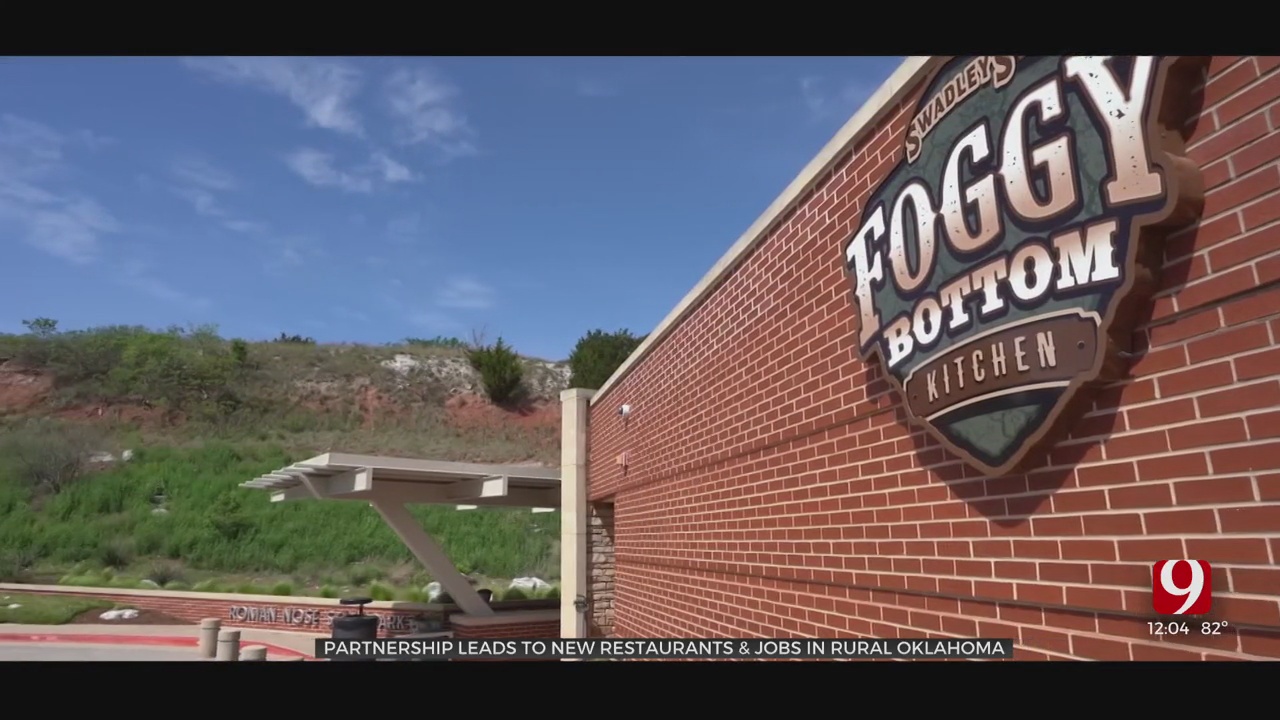 State officials and Oklahoma businesses are coming together to try to make our state parks a more inviting place for visitors. One way they are doing that is by bringing in some privately-owned restaurants.

Swadley's Bar-B-Q bid on a partnership with the state to open several restaurants at different state parks. They won the bid and now you are already starting to see Swadley's Foggy Bottom Kitchens at state parks across Oklahoma.

So far, they have four restaurants, but there will be seven by fall.

The four restaurants so far are at Lake Murray, Roman Nose, Sequoyah and Beavers Bend. Up next is Robbers Cave, Quartz Mountain and Little Sahara. Each location hires about 40 people, which is a big boost for these rural areas.

According to owner and founder Brent Swadley, that equals out to around 300 new jobs total.

Swadley's is a family-owned company, and they said they make it a point to hire local companies to help them get the restaurants set up and maintained.

"Hiring local contractors is very important because that gives them a chance to say we are a part of that it gives them that connection their family can say hey my dad did this, hey my mother was a part of that," Swadley said.

They opened several restaurants during the pandemic, and Swadley said they were able to do that because of good quality food and maybe even more importantly good quality employees.

As they hire for their new restaurants that is what they are looking for.

"The focus is lets try to find great people who are magnetizing that are approachable," he said.