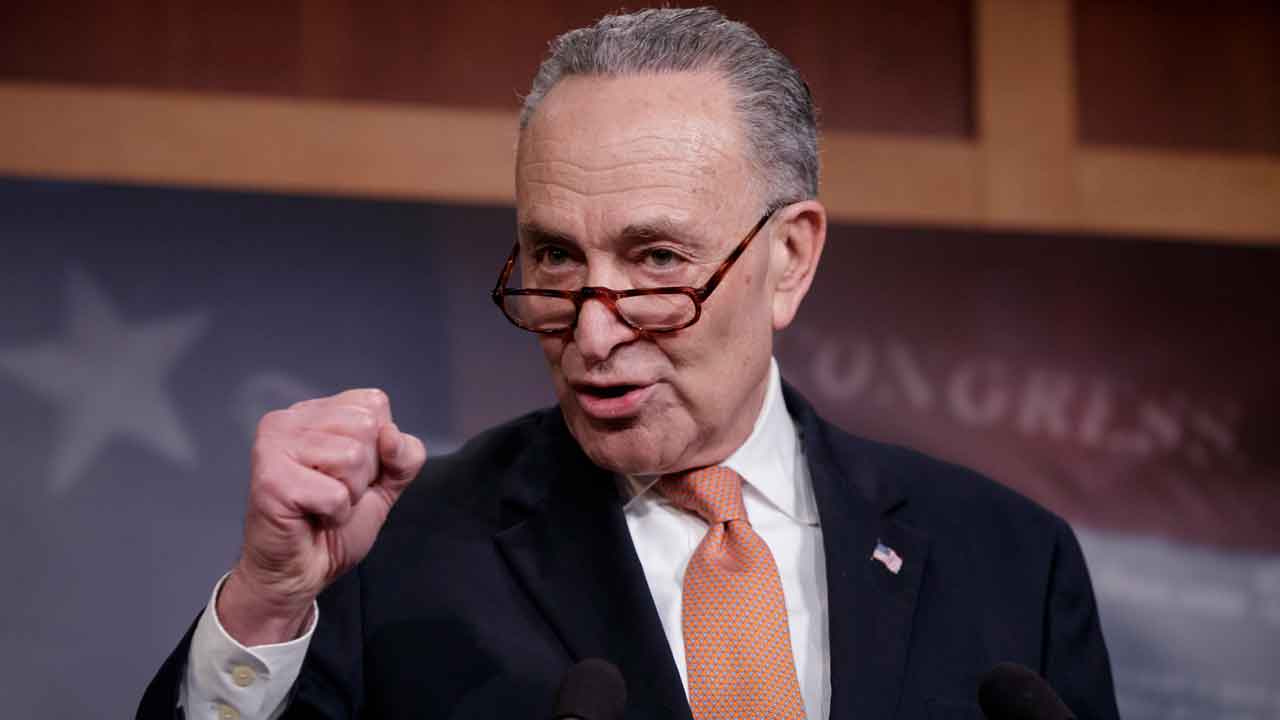 With just weeks left before Congress leaves Washington for its August recess, Democrats are pushing to bring the bipartisan infrastructure deal endorsed by President Biden to the Senate floor as early as the week of July 19, a White House official confirmed to CBS News.

"As Leader Schumer has said, he wants to move on both the bipartisan plan and the budget resolution during the upcoming July/August Senate session," the official said, referring to Majority Leader Chuck Schumer. "Our understanding is that the process could begin as early as the week of 7/19, given that committees are still finalizing legislative text for both the budget resolution and the bipartisan bill. We of course support going forward as fast as possible, but it would be a mistake to think of July 19 as anything more than the opening of a window."

Relevant committees are currently crafting the legislative text for the bill while both houses of Congress are out of town for the 4th of July recess. The full Senate will return to Washington next week.

The deal was agreed to by more than 20 senators from both parties and backed by Mr. Biden late last month. It would cost around $1 trillion over five years, with $579 billion in new spending, and focus on "traditional" infrastructure such as roads, bridges, airports, transportation and broadband.

Lawmakers and staff now have to translate the fuzzy details of the framework into legislative text, as well as incorporating proposals to pay for the measure. Some of the proposed pay-fors could face opposition from conservatives, such as accruing revenue through tax-gap enforcement.

Congressional Democrats are also moving forward with a reconciliation bill to address some of Mr. Biden's priorities not addressed in the bipartisan bill, including some so-called "human" infrastructure measures like child care, health care and education. The reconciliation process allows legislation to pass with a simple majority in the Senate. Many Democrats have also called for the large infrastructure package to include provisions related to combating climate change and green infrastructure.

Schumer has said that he intends to move forward with both the reconciliation bill and the bipartisan deal at the end of July, giving the Senate little time to act ahead of the August recess. A source familiar with the matter confirmed that the Senate could move on the bipartisan bill as early as the week of July 19, as part of the two-track strategy to move both bills through the Senate in the upcoming work period.

Republicans bristled at the implication that the bipartisan deal and the reconciliation bill were linked, leading Mr. Biden to issue a statement last month reaffirming his commitment to passing both measures.

The Senate Budget Committee, which is chaired by progressive Senator Bernie Sanders but whose Democratic membership runs the gamut of ideological diversity, is currently crafting a budget resolution, which will lay out the rules for the reconciliation process. It is unclear how much the reconciliation package will cost, as Sanders has suggested it could be up to $6 trillion but moderate Democratic Senator Joe Manchin has signaled that he is unwilling to go above $2 trillion.