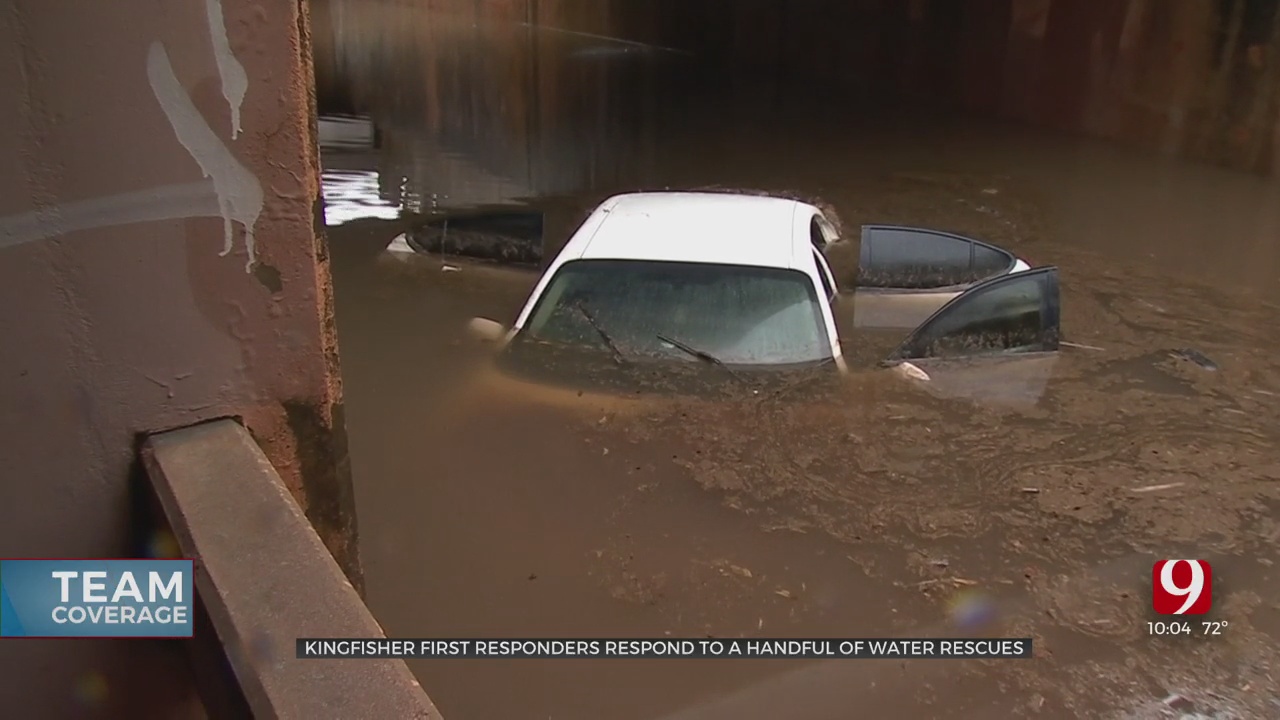 Several cars were abandoned in floodwaters in Kingfisher on Monday after several hours of rain.

Kingfisher City Manager Dave Slezickey said the city measured more than three inches of rain inside of an hour, followed by hours of additional rainfall.

“Everyone jumped on board. Law enforcement, fire department, streets, parks, electric department-- everyone came out to guard an intersection and keep traffic flowing,” Slezickey said.

Two men abandoned a car in an underpass on Highway 33, east of Highway 81, after it became trapped in high water. A family member of the driver said they attempted to cross the water after seeing a truck driver pass through but became stuck.

Neither the driver nor the passenger was hurt.

One driver was rescued on Highway 33, near Bowman Ave, after their truck became inoperable because of floodwater.

An employee with Southside Wrecker Service said they responded to five abandoned vehicles due to flooding Monday.

“We did have a lot of stranded vehicles, people trying to drive through the water, and we only have one wrecker service in town so he’s been staying pretty busy,” Slezickey said.