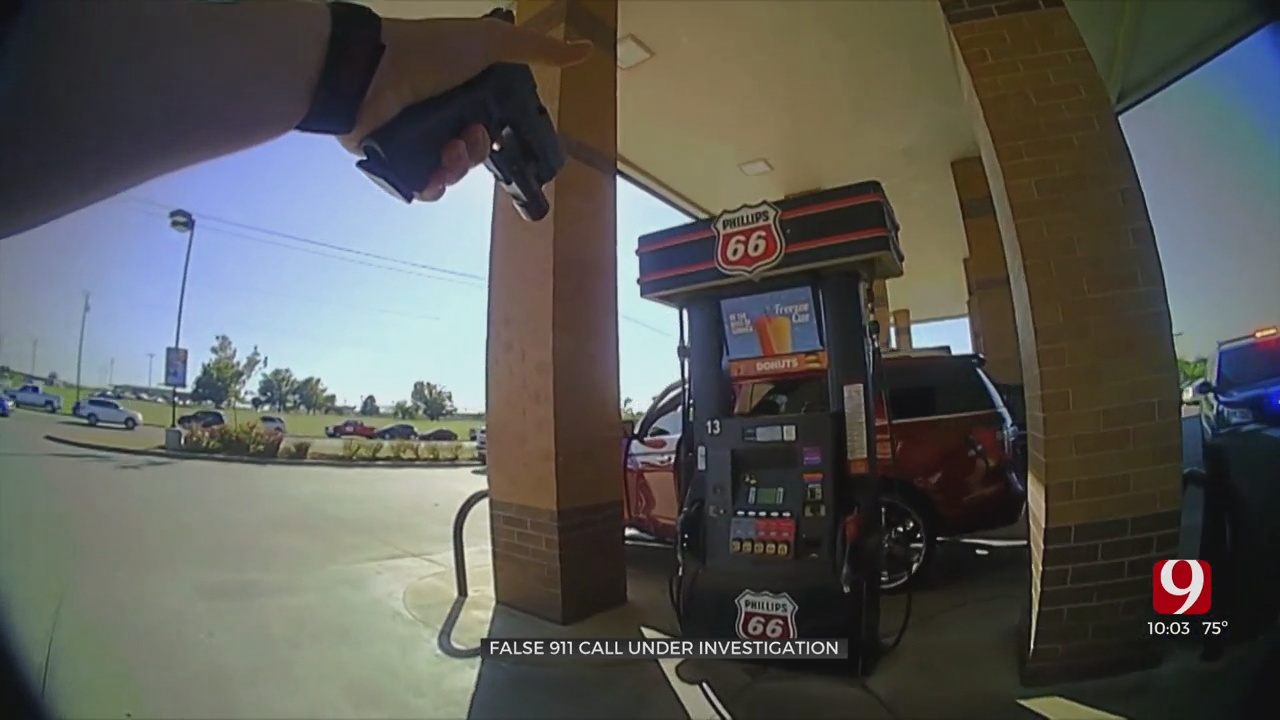 A police investigation is underway in Norman after two calls to 911 claim a man flashed a gun at them.

The two 911 calls were made on June 15 just before 6 p.m. The caller claimed a driver cut him off in some sort of road rage incident near the intersection of Robinson and 24th in Norman.

“He pulled a gun on me, so I sped away and I don’t trust dumb people cause’ he cut me off,” the male caller told 911 dispatchers. “I sped up to get back over and he pulled a gun.

The second call made to 911 identified herself as the first caller’s fiancé.

Norman police officers approached the suspect at a nearby OnCue gas station with guns drawn.

“The people that called on me are those Nissan people,” the suspect is heard on police bodycam telling officers. “In the Nissan, they cut me off out of the Carl’s Junior, rolled their window down and called me a (racial slur) and I didn’t even say anything to them.”

The suspect was put in the back of a patrol car while officers search the vehicle.

It took only a couple minutes for officers to realize that there wasn’t a gun in the car.

The incident ended in a handshake and officers apologizing, but investigators aren’t being so forgiving.

Norman police confirmed to News 9 they’ve launched a criminal investigation, looking into the possibility the two 911 callers made false claims.

It is a crime they take very seriously, investigators said.

“We approach the situation very seriously as we did in this one as you can see on the bodycam footage,” said Lt. Cary Bryant of the Norman Police Department. “Making a false 911 call is a criminal offense that can be prosecuted.”

It is a misdemeanor to make a false 911 call. If found guilty, you could face a fine up to $500 and be forced to reimburse emergency personnel.