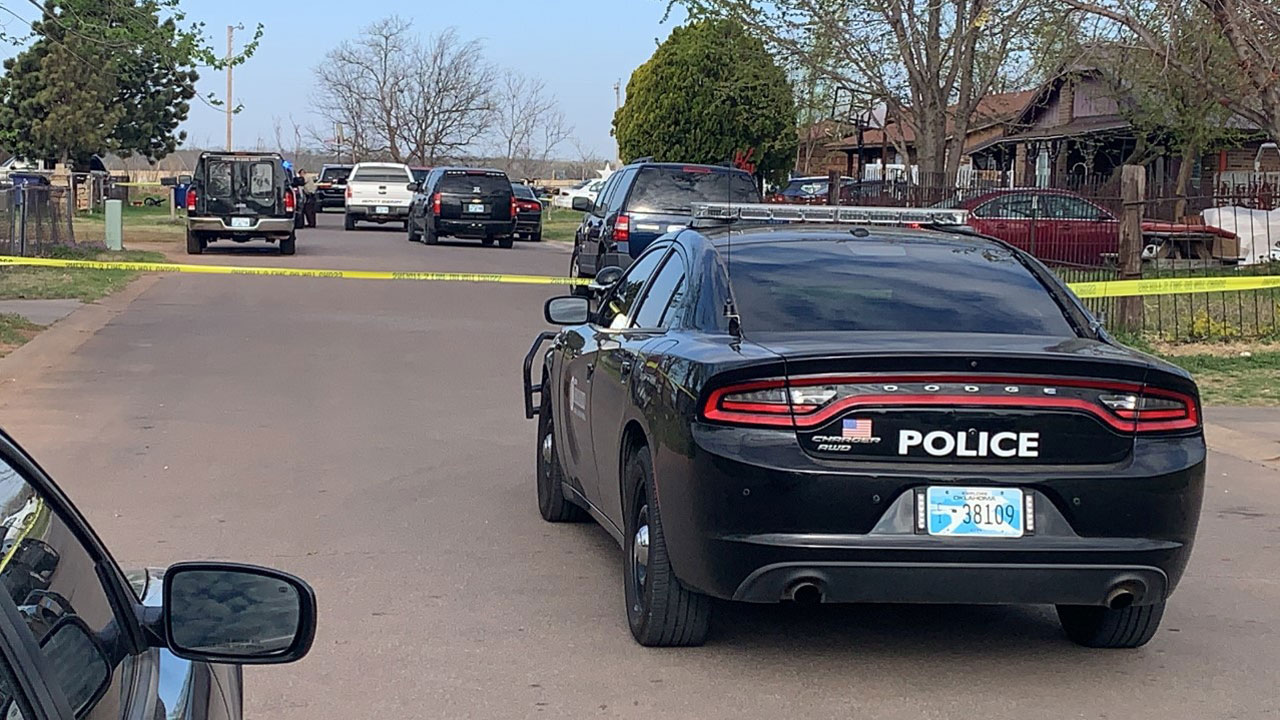 Anadarko Police revealed new details and video into the night a 25-year-old man was shot and killed by officers.

The incident happened April 5 after officers were called to a home in the 100 block of Nixon Drive. A man was unresponsive, the result of a drug overdose, and officers were trying to perform life-saving measures. That person was dead at the scene, but while that was happening, officers were in communication with another person at the house -- 25-year-old Silas Lambert.

According to video that police showed at a press conference Friday afternoon, Lambert was agitated and inconsolable. An officer noticed that Lambert appeared to have a gun, and the officer asked him about it -- and Lambert acknowledged the weapon. Lambert was asked to put it down but did not.

Lambert advanced toward officers with his weapon, shooting and hitting Officer Charles Maldonado in the left arm. Maldonado has since had multiple surgeries, police said, and is expected to make a full recovery. Officers fired at Lambert, hitting him. He later died at a nearby hospital.

In addition to the internal police department investigation about this incident, Caddo County prosecutors also investigated Maldonado and Officer Sooner Harmon. Both cleared the officers in this incident. Maldonado has been with Anadarko Police since 2015, and Harmon since 2018.