‘I Just Look At Her And I Cry': 1-Year-Old Severely Injured After Dog Attack In Shawnee; Owner Cited 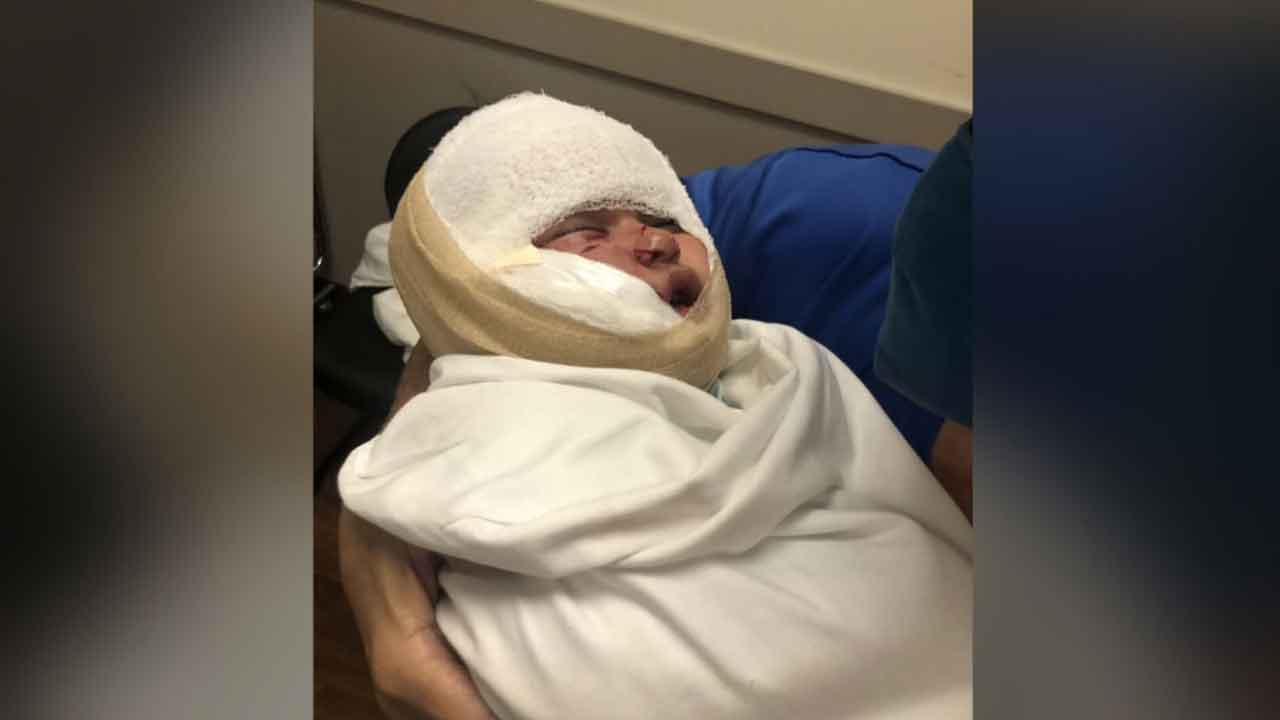 ‘I Just Look At Her And I Cry”: 1-Year-Old Severely Injured After Dog Attack In Shawnee; Owner Cited

Shawnee police issued a citation against a dog owner Wednesday after a gruesome attack that left a one-year-old with severe face injuries.

Xena Holbert and Casey Pennock said their daughter Mia was with a friend while they were at work on Monday. The friend had a roommate who had a dog.

“I told her to put the dog away, don’t let the dog near Mia,” Holbert said.

Around 5:30 p.m., Holbert said she got a frantic phone call.

“She called me crying and screaming. I thought it was a joke at first because she likes to joke around. Then I heard Mia screaming in the back,” she said.

The dog had bitten Mia in the face, and she needed surgery. When Holbert and Pennock arrived, the babysitter and roommate had already left.

“From her lip to the center of her cheek, it was split in half,” Holbert said. “Why would you leave a one-year-old?”

Holbert said they expect Mia to need multiple surgeries to recover. Her family started an online fundraiser to help cover those costs.

“I said don’t let your dog near my kid. You should respect that when you’re babysitting someone’s child,” Holbert said. “She should have been protecting her.”

“I can see how much pain she’s in. It makes me feel so helpless and so useless that I can’t do anything about it. I just look at her and I cry,” Pennock said.

Shawnee police attempted to contact the dog owner to issue the citation but were initially unsuccessful. The owner surrendered the dog to the Dogwood Veterinary Hospital Wednesday night. It will stay with the city's animal control department until a court hearing on July 6, according to Shawnee Police Cpl. Vivian Lozano.

At the court hearing the dog could be deemed a vicious animal, Lozano said. If so, the dog would not be allowed within city limits unless it is under constant control of the owner.

‘I Just Look At Her And I Cry': 1-Year-Old Severely Injured After Dog Attack In Shawnee; Owner Cited