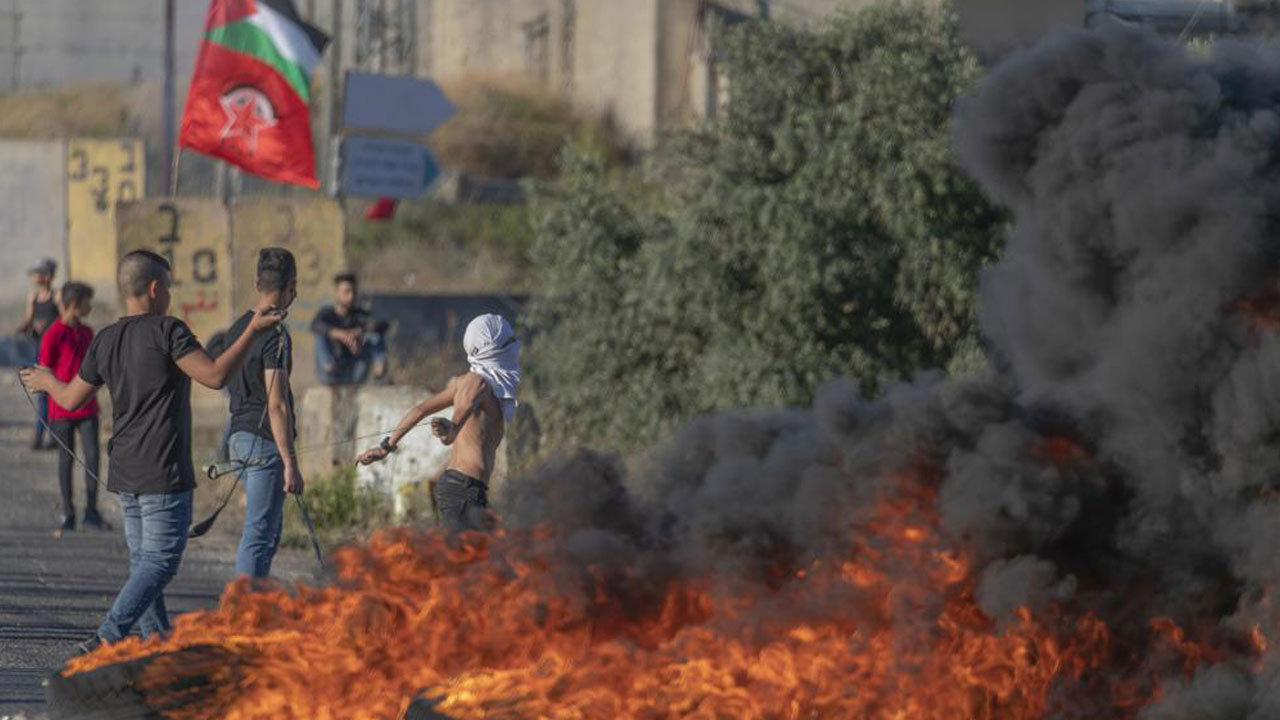 Israeli airstrikes hit militant sites in the Gaza Strip early Wednesday, and Palestinians responded by sending a series of fire-carrying balloons back across the border for a second straight day — further testing the fragile cease-fire that ended last month’s war between Israel and Hamas.

The latest round of violence was prompted by a parade of Israeli ultranationalists through contested east Jerusalem on Tuesday. Palestinians saw the march as a provocation and sent balloons into southern Israel, causing several blazes in parched farmland. Israel then carried out the airstrikes — the first such raids since the May 21 cease-fire ended 11 days of fighting — and more balloons followed.

The airstrikes targeted facilities used by Hamas militants for meetings to plan attacks, the army said. There were no reports of injuries.

“The Hamas terror organization is responsible for all events transpiring in the Gaza Strip, and will bear the consequences for its actions,” the army said. It added that it was prepared for any scenario, “including a resumption of hostilities.”

By Wednesday afternoon, masked Palestinians sent a number of balloons, laden with fuses and flaming rags, into Israel. Several fires were reported.

The unrest provided the first test of the cease-fire at a time when Egyptian mediators have been working to reach a longer-term agreement. It comes as tensions have risen again in Jerusalem, as they did before the recent war, leading Gaza’s Hamas rulers to fire a barrage of rockets at the holy city on May 10. The fighting claimed more than 250 Palestinian lives and killed 13 people in Israel.

An Egyptian security official said his government has been in “direct and around-the-clock” contacts with Israeli officials and the Gaza rulers to keep the cease-fire and to urge them to refrain from provocative acts.

The official, speaking on condition of anonymity because he was discussing behind-the-scenes diplomacy, said the U.S. administration has also been in touch with Israel as part of the efforts.

The two sides seem to agree “not to escalate to the tipping point,” he said. “And we do every effort to prevent this.”

The flare-up also has created a test for Israel’s new government, which took office early this week. The diverse coalition includes several hard-line parties as well as dovish and centrist parties, along with the first Arab faction ever to be part of an Israeli government.

Keeping the delicate coalition intact will be a difficult task for the new prime minister, Naftali Bennett.

In a scathing condemnation on Twitter, Foreign Minister Yair Lapid, who heads the centrist Yesh Atid Party, said those shouting racist slogans were “a disgrace to the Israeli people.”

Bennett, who will hand over the prime minister’s job to Lapid after two years, is a hard-line Israeli nationalist who has promised a pragmatic approach as he presides over a delicate, diverse coalition government.

Though there were concerns the march would raise tensions, canceling it would have opened Bennett and other right-wing members of the coalition to intense criticism from those who would view it as a capitulation to Hamas.

Mansour Abbas, whose Raam party is the first Arab faction to join an Israeli coalition, said the march was “an attempt to set the region on fire for political aims,” with the intention of undermining the new government.

Abbas said the police and public security minister should have canceled the event.

While the parade provided the immediate impetus for the balloons, Hamas is also angry because Israel has tightened its blockade of the territory since the cease-fire. The restrictions include a ban on imports of fuel for Gaza’s power plant and raw materials.

Israel imposed the blockade after Hamas, a militant group that seeks Israel’s destruction, seized control of Gaza from the internationally recognized Palestinian Authority in 2007. Israel and Hamas have fought four wars and numerous skirmishes since then. Israel says the blockade, enforced with Egypt, is needed to prevent Hamas from importing and developing weapons.

One of the masked activists firing the balloons said they launched hundreds of them Tuesday and will continue sending them in response to what he described as Israeli provocations in east Jerusalem.

After capturing east Jerusalem in 1967, Israel annexed the area in a move not recognized by most of the international community. It considers the entire city its capital, while the Palestinians want east Jerusalem to be the capital of their future state. The competing claims over east Jerusalem, home to Jewish, Christian and Muslim holy sites, lie at the heart of the conflict and have sparked many rounds of violence.