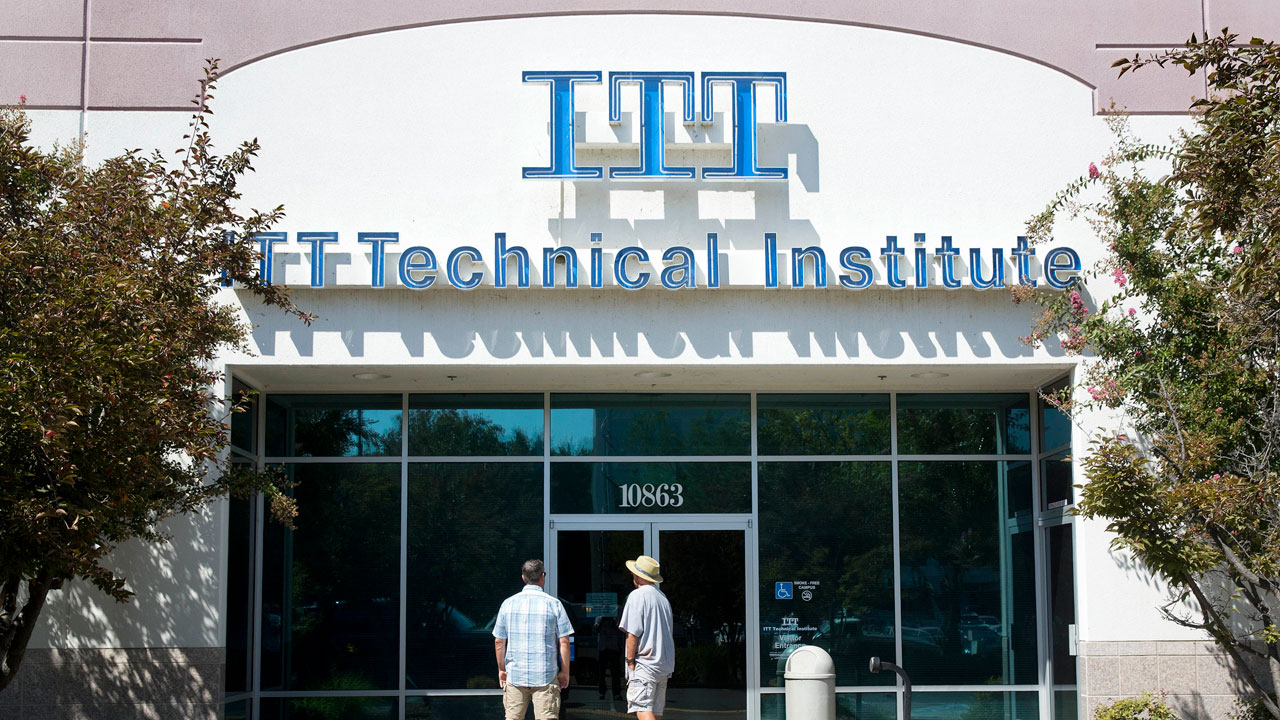 The Education Department announced Wednesday it's wiping out $500 million in student loan debt for some 18,000 borrowers who attended ITT Technical Institute.

Officials added two new categories of claims for borrowers defrauded by their schools, the first time new claim categories were approved under the program to help defrauded students since January 2017. It includes claims by those who attended ITT over their likely employment prospects and ability to transfer school credits.

"Our action today will give thousands of borrowers a fresh start and the relief they deserve after ITT repeatedly lied to them," said Education Secretary Miguel Cardona in a statement. "Today's action is part of the Biden-Harris Administration's continued commitment to stand up for borrowers when their institutions take advantage of them. Many of these borrowers have waited a long time for relief, and we need to work swiftly to render decisions for those whose claims are still pending."

Cardona said the work the department is doing emphasizes the need for ongoing accountability so institutions are not able to commit "widespread deception" again. To date, the Education Department has canceled $1.5 billion in student loan debt for roughly 90,000 borrowers through the borrower defense to repayment program, often referred to as "borrower defense."

While this form of debt cancelation has been around for some time, new rules for the borrower defense program were set under the Obama administration to eliminate federal student loan debt for students who were defrauded by their schools. At the time, the issue was getting national attention with for-profit schools like Corinthian Colleges and ITT Technical Institutes going bust. Rules were set to take effect in early 2017, but former Education Secretary Betsy DeVos under President Trump opposed the program. At one point, DeVos was found in contempt of court after being ordered to stop collecting debt for those who had attended Corinthian.

"They're being proactive about it," said Betsy Mayotte, president and founder of The Institute of Student Loan Advisors, who welcomed Wednesday's announcement. "I think it's a great indication that the department is looking to streamline this pretty onerous and sometimes difficult process for defrauded borrowers."

The Education Department at the very end of the Obama administration found there could be forgiveness under borrower defense for students who attended ITT in California for fraud based on employment prospects, but that forgiveness is now being expanded to cover borrowers regardless of where they attended ITT. According to the department, ITT made "repeated and significant misrepresentations" to students between 2005 and the school's closure in late 2016 related to how much students could expect to earn and the jobs they would get after graduation. Borrowers repeatedly stated that including ITT attendance on resumes made it harder for them to find employment, the department said.

At the same time, the department found ITT misled students from 2007 through October 2014 about their ability to transfer credits to other institutions. Those credits would rarely transfer and borrowers made little to not progress in their educational journey, the department said.

"Now to be clear, not everybody that attended ITT between those date windows is going to be eligible for this discharge," said Mayotte. "You actually have to be harmed by what they did."

Mayotte notes the point of borrower defense and one of the challenges moving forward is making sure that the Department of Education can be proactive as possible without schools being victims of frivolous claims.

For those who are approved for roughly $500 million in combined debt to be eliminated, the Education Department will begin notifying borrowers in the coming weeks and plans to move quickly.

The department announced in March it was forgiving $1 billion in student loan debt for 72,000 borrowers for previously approved borrower defense claims.

Next week, the Education Department will also hold a series of virtual public hearings to receive feedback, including on borrower defense. It's their first step in the process of issuing new regulations.