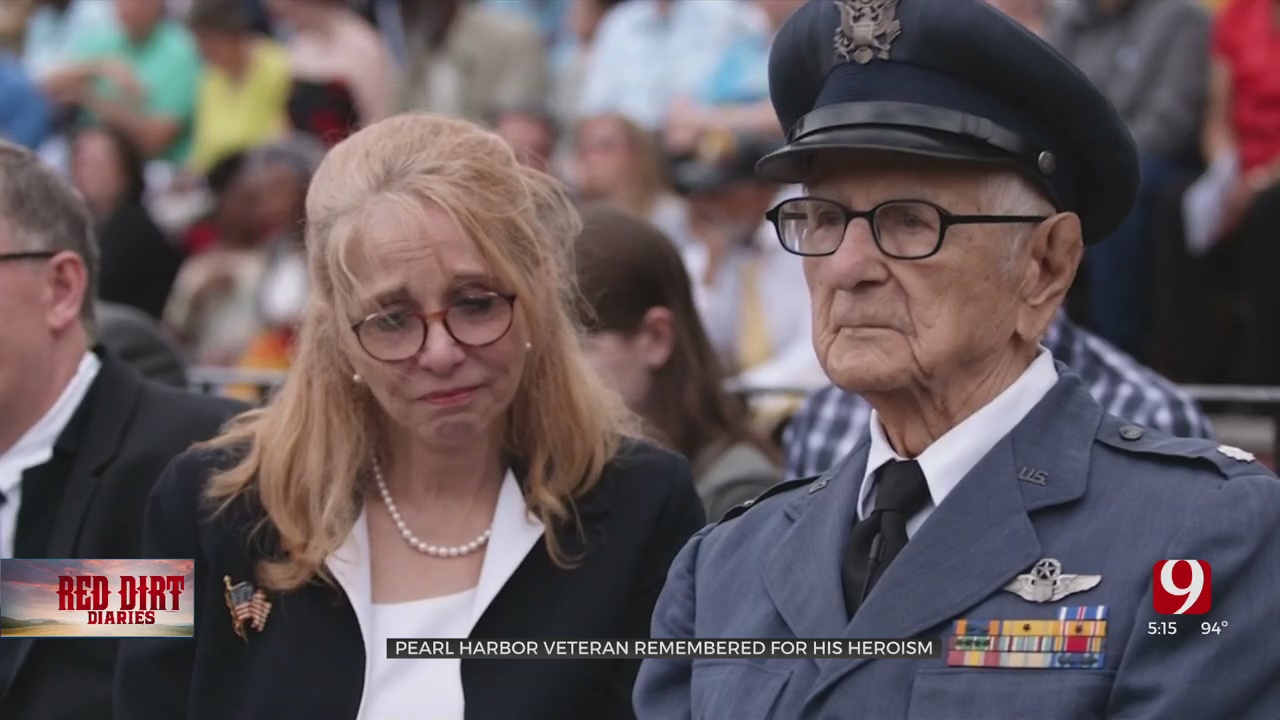 William Bonelli laid eyes on Japanese fighter jets over Pearl Harbor on Dec 7, 1941, before any bombs had been dropped.

“I said who the hell is that? We could be at war, and we were,” said Bonelli 5 years ago to News 9 on the 75th anniversary of the attack on Pearl Harbor.

The Lt. Colonel did 20 years with the Air Force and became an instructor for the FAA for 33 years.

“He came from nothing,” said Bonelli’s daughter Geralee Wood.

What Bill Bonelli did have was a commitment to service and duty, which was marked with his military funeral Monday.

“Without bravado, just quiet service. He was a role model advocate for honoring this country,” said Wood about her father.

But accomplished a major milestone in March while fighting the disease, living to be 100 years ago.

William Bonelli may be gone but his memories live on in a documentary his family has been filming for years.

The documentary has yet to be released, but chronicles Bonelli’s overwhelming devotion to protecting our country.

“The stories are right there in front of us. They demanded to be recorded,” said Wood.