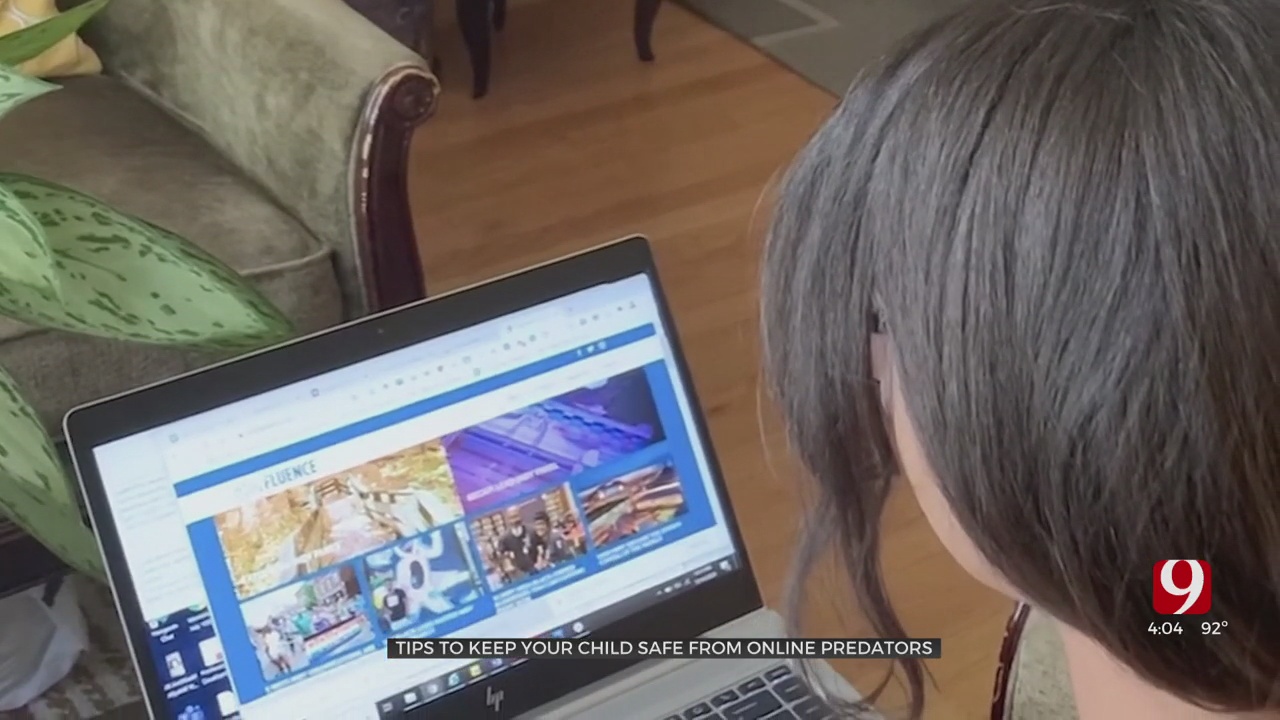 June is Internet Safety Month, so law enforcement agencies are sharing how parents can protect their kids from online predators.

The commander for OSBI's Internet Crimes Against Children task force told News 9 the number of calls they get for inappropriate or illegal contact with children usually spikes this time of year.

Rizzi said the Internet Crimes Against Children (ICAC) task force got close to 4,000 cyber tips in the last year, and the ages of kids victimized continues to get younger.

"Kids as young as 7 or 8 years old have internet capability in their pockets," Rizzi said. "We've had victims as young as 5 years old. In schools, we've had several incidences where they're kindergarteners, first graders have fell victim to predators."

Those who look to groom children usually go where they know where kids will be online.

"YouTube Kids, a lot of applications are geared towards kids. But of course, everything has a dark side, so predators use that to prey upon children," Rizzi said.

Online video games is another place adults can get in contact with kids. Rizzi said some phone apps even have hidden features.

"There's a calculator app out there that's designed to look like a calculator, but it's actually a cloud storage device for pictures," he said.

Rizzi listed signs parents can look out for.

"Some signs are acting out sexually, talking about sexual topics that they wouldn't normally talk about," he said. "These predators will go out befriend a kid online, talk and in exchange for conversation or pictures or whatever they'll send devices such as cell phones."

The best way parents can keep their children safe online is to talk to them about the dangers and get involved.

"Have a relationship with your kid. Let them know they can come talk to you and that they're not going to be in trouble, because it isn't their fault," Rizzi said. "Be aware of what they're doing and get in their business."