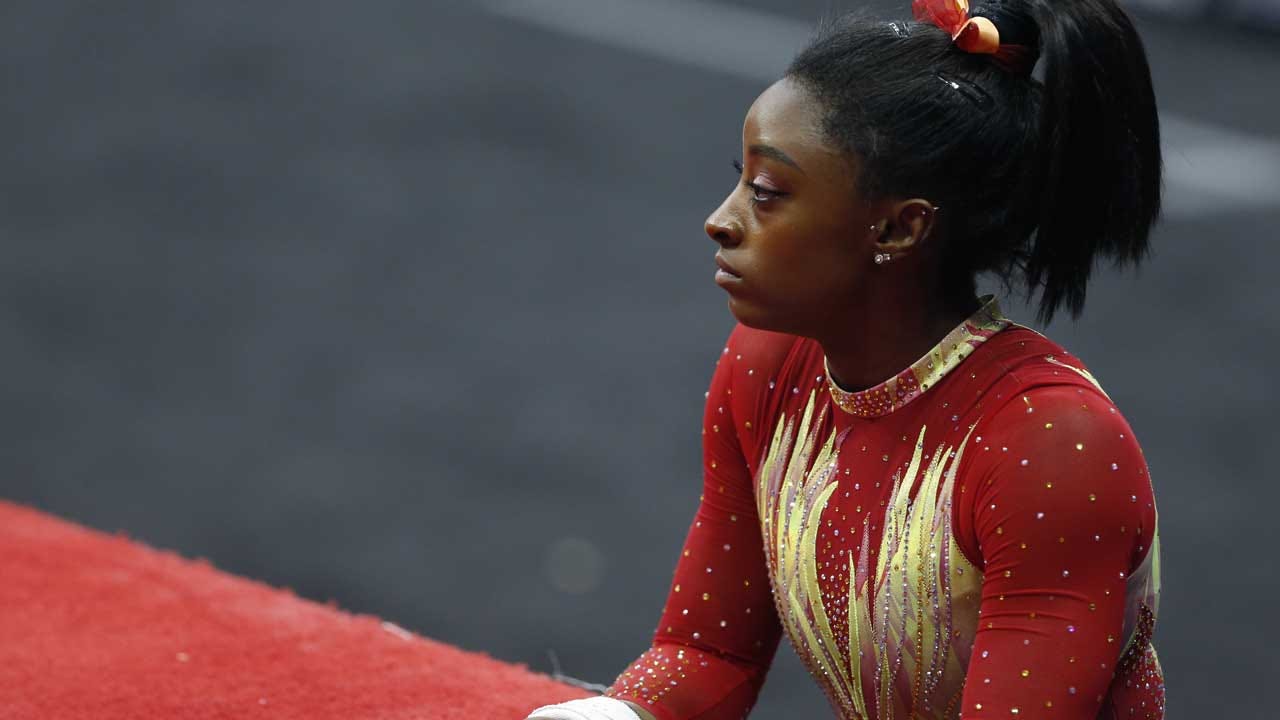 Simone Biles won her record seventh national women's all-around gymnastics title in Forth Worth, Texas on Sunday, tying her with the most titles by any American in the event. Biles will next try to become the first woman to win back-to-back Olympic championships in more than 50 years at the Tokyo Games, which starts in less than seven weeks.

Biles, a five-time Olympic medalist, dazzled her way to a score of 119.650, putting her nearly five points ahead of Sunisa Lee, who won second place. The 24-year-old's floor routine was set to a song from "Fast and Furious: Tokyo Drift," which included a "never-been-done-before" move called "The Biles."

Her stellar performance earned her a seventh all-around U.S. championships title, surpassing Clara Schroth Lomady's previous record of six. Biles is now tied with Alfred Jochim for the most titles by any American.

"I feel like I did try to enjoy it because it could be one of my last championships that I'll attend," Biles said. "But it's also the road to Tokyo, and after this we have trials, so we just have to really embrace the moment."

Biles was also one of 18 gymnasts who were named to Olympic team trials on June 24-27 in St. Louis. The two top athletes who finish at the three-day event will automatically make the rescheduled Summer Olympics in Tokyo, which is less than 50 days away. Two others will be chosen for the team and a fifth will advance as an individual. After their own mesmerizing performances on Sunday, Lee and Biles' training partner Jordan Chiles are the favorites to join Biles in Tokyo.