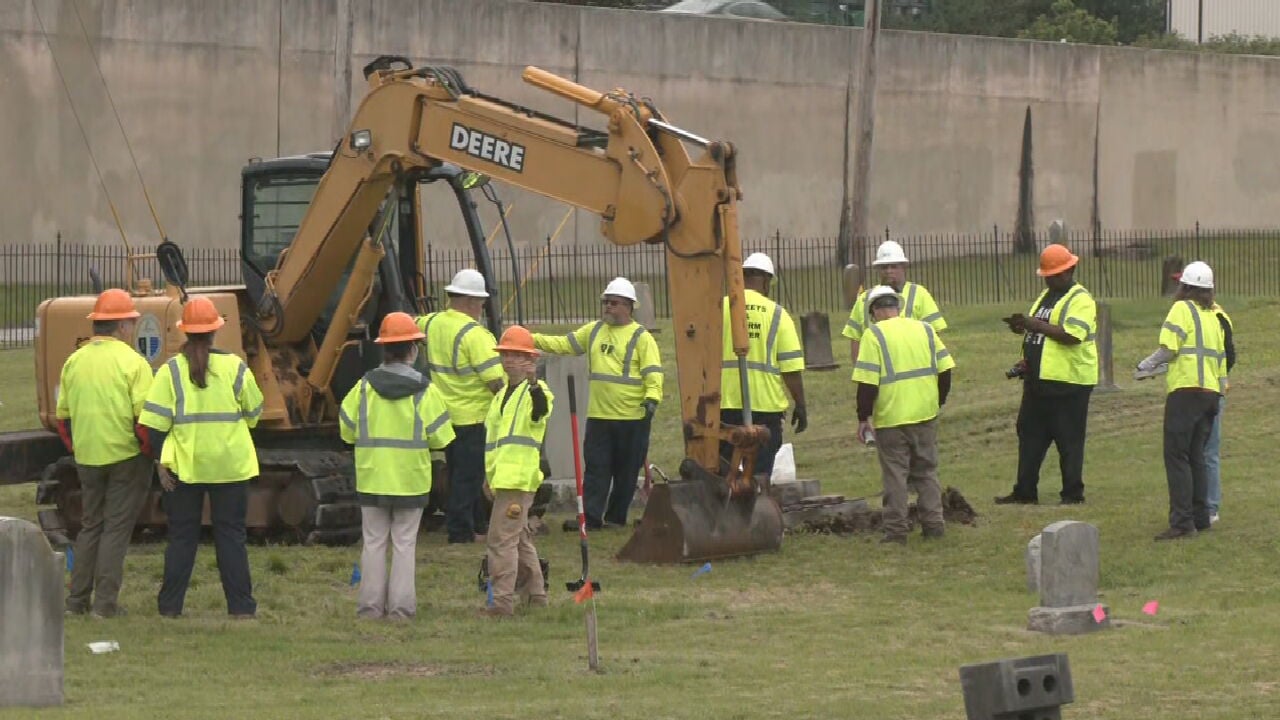 The search for mass graves continues at Oaklawn Cemetery on Monday. The City of Tulsa is expected to begin exhuming the remains of any victims of the 1921 Race Massacre that are found.

State Archaeologist Kary Stackelbeck said a new team of archaeologists is coming in to do the more detailed work of exposing and documenting the remains before relocating them to an onsite lab.

The city said it has selected a company out of Florida to help with the excavation. A team of eight with Cardno Incorporated is expected to be at Oaklawn Cemetery anywhere from 6-8 weeks.

The city has done most of the groundwork. Crews have now located the boundaries of the mass grave feature that were discovered in October 2020 at the Original 18 site.

Five additional coffins were found on Thursday bringing the total number of graves found so far to 20. Stackelbeck said they have made progress, but the process is far from over.

"This going to be a longer process so we're just at the very beginning of that stage and then the analytical component of this is actually going to take a fair bit longer for us to start getting some of those answers," Stackelbeck said.

A news conference was scheduled to take place at noon at the Tulsa Fire Museum near 8th and Peoria on Monday, however, it has been rescheduled for Tuesday at noon due to severe weather.