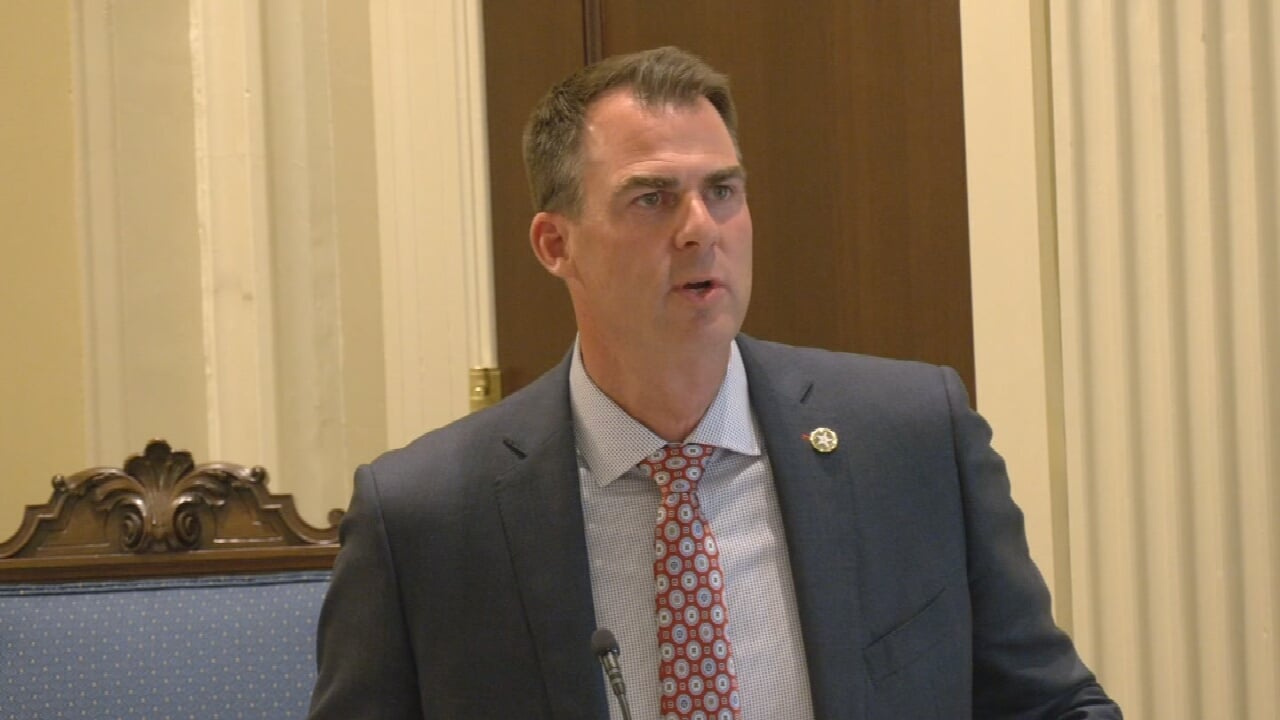 A reproductive rights group said these laws are just a waste of taxpayer dollars and are dangerous, while the governor said he's keeping his Pro-life promise to those who elected him.

House Bill 2441 said doctors cannot perform abortions after a heartbeat has been detected and if they do, they could be charged with homicide.

There's an exception if the mother's life is in jeopardy.

House Bill 1904 says people who perform abortions must be board certified in obstetrics and gynecology.

And House Bill 1102 says performing an abortion would be considered "unprofessional conduct, " causing the doctor's license to be suspended for a year.

"These bills run quite in opposition to each other," said Julie Burkhart, the CEO of Trust Women.

It's a group that operates an Oklahoma clinic. She said 50% of their doctors are family medicine doctors that are well skilled. She says these bills offer no protection to rape victims.

"We have seen people who have been raped, victims of incest, molestation, in these horrible domestic situations," Burkhart said.

Burkhart wishes state leaders would focus more on pre-pregnancy planning and birth control resources because these laws will only lead people to more dangerous options.

Governor Kevin Stitt says he knows there will likely be legal opposition.

"We'll let the courts work out if any of those get overturned," Stitt said.

"These bills are unconstitutional, and it's really a waste of taxpayer dollars," Burkhart said.

Pending legal challenges, the laws are set to go into effect on Nov. 1.

Gloria Pedro is the regional manager of public policy and organizing for Arkansas and Oklahoma, Planned Parenthood Great Plains Votes. She issued the following statement on Monday.

“If Oklahoma politicians and Gov. Kevin Stitt truly cared about the quality of life for people in this state, especially women and children, they would expand access to comprehensive sex education and contraception, and address the dangerously high rates of maternal mortality and infant mortality in the state. Instead of working to improve the state’s underfunded public health system during a global pandemic, politicians are passing bills designed to gain publicity rather than address Oklahomans’ needs. This is politics at its very worst.

At a time when people need economic relief and basic safety precautions, dismantling abortion access is cruel, dangerous, and blatantly unjust. The same politicians who are fixated on controlling our reproductive health care have spent the past year pushing back on scientific guidelines that will keep people safe and alive during a pandemic. Their hypocrisy is clear as day. Decisions about pregnancy are deeply personal and should be made by individuals in consultation with their trusted medical providers and their families, not politicians. Abortion is a critical component of comprehensive reproductive health care, and everyone deserves to have access to the health care they need, without interference from politicians.”

Meanwhile, Archbishop of Oklahoma City Rev. Paul Coakley released this statement in support of the Governor:

“Every life is precious and has infinite value in the eyes of God who creates each of us out of love. We are fortunate in Oklahoma to have political leaders who understand and seek to protect our most vulnerable from abortion, which claims the lives of unborn children and too often endangers their mothers as well. I urge prayers for a renewed respect for the dignity of every human life and for a rejection of the throw away mentality that treats human beings as disposable based merely on their usefulness, health, age or economic status. We must offer compassion and mercy to those in need.”